Deciduous and evergreen shrubs and small trees, sometimes spiny. Leaves variable, opposite or alternate, mostly toothed and with 3 prominent nerves arising from the base or veins pinnate. Flowers in terminal or lateral clusters, small, mostly blue but occasionally white to pink or violet. Sepals 5, united at the base. Petals 5, hooded, free. Stamens 5, opposite the petals. Ovary surrounded by a glandular disk. Fruit a 3- lobed capsule.

Grown for the range of pale to vivid blue flowers. Species hybridise readily in cultivation and deliberate crosses have produced some spectacular garden hybrids.

The introduction of many hybrids of uncertain parentage makes a key impractical.

About 55 species, most from W North America.

Leaves, fresh or dried, are used by American Indians as a tea and for other medicinal purposes. 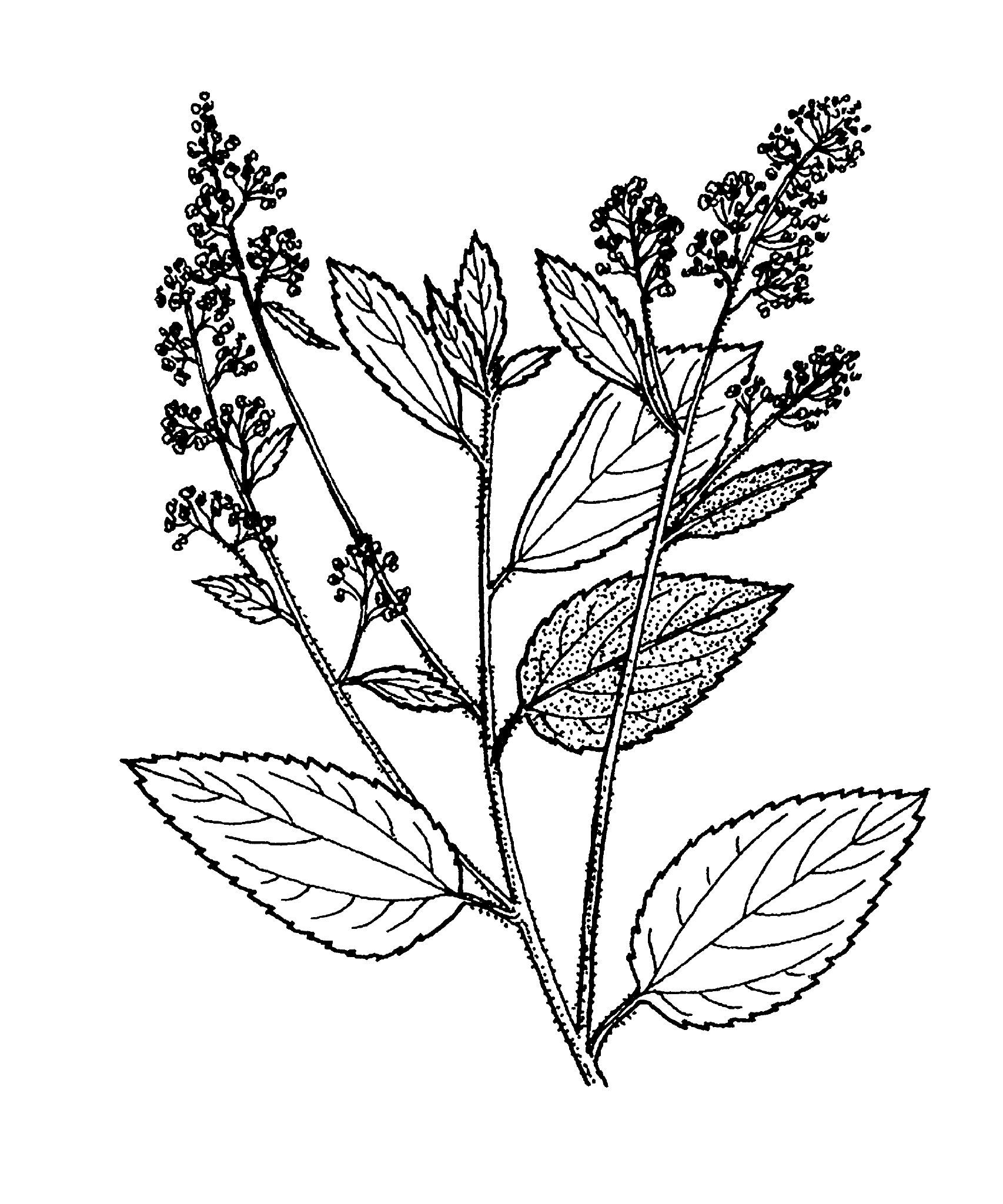