Trees and shrubs, rarely herbs or climbers. Leaves simple, opposite or alternate, the veins pinnate or spreading from the base; stipules small or spiny or absent. Flower clusters various, sometimes flowers solitary. Flowers mostly unisexual, small, (4)5-parted. Calyx lobes edge to edge at first. Corolla often hooded with the stamens inside, occasionally absent. Stamens alternating with the calyx lobes and attached to the corolla. Nectar disk within the flower. Fruit a drupe, sometimes a nut or capsule splitting into segments.

A family thought to be closely related to the Vitaceae and Celastraceae and best known in horticulture for the flowering shrub Ceanothus.

Rarely cultivated plants include the following.

Hovenia dulcis Thunb., Japanese Raisin Tree, is a shrub to small tree that is occasionally offered in warmer districts. It has unusual contorted edible fleshy red-brown fruit stalks and greenish yellow flowers; unfortunately it has naturalised near rainforest in NSW and Qld.

Phylica plumosa L. is a hairy shrub to 2 m tall from S Africa with more or less linear inrolled leaves and flowers with plumose bracts. Known mostly for the spectacular plumed flower heads which are popular in floristry. Syn. P. pubescens Lodd.

Pomaderris was once grown quite widely but is now rarely available in nurseries except as P. aspera DC., Hazel Pomaderris, from SA and E Australia, which has large ovate leaves to about 15 cm long and 5 cm wide.

A cosmopolitan family of about 58 genera and 900 species from tropical and warm regions.

A number of genera have medicinal properties (attributed to the quinine-like substances they contain) or are sources of soaps, dyes and timber (Rhamnus), or edible fruits (Zizyphus, the source of Jujube, also called Chinese Date).

Trees and shrubs with inconspicuous flowers with 4-5 sepals and petals that enclose the anthers, the ovary superior.

Key to the genera of Rhamnaceae 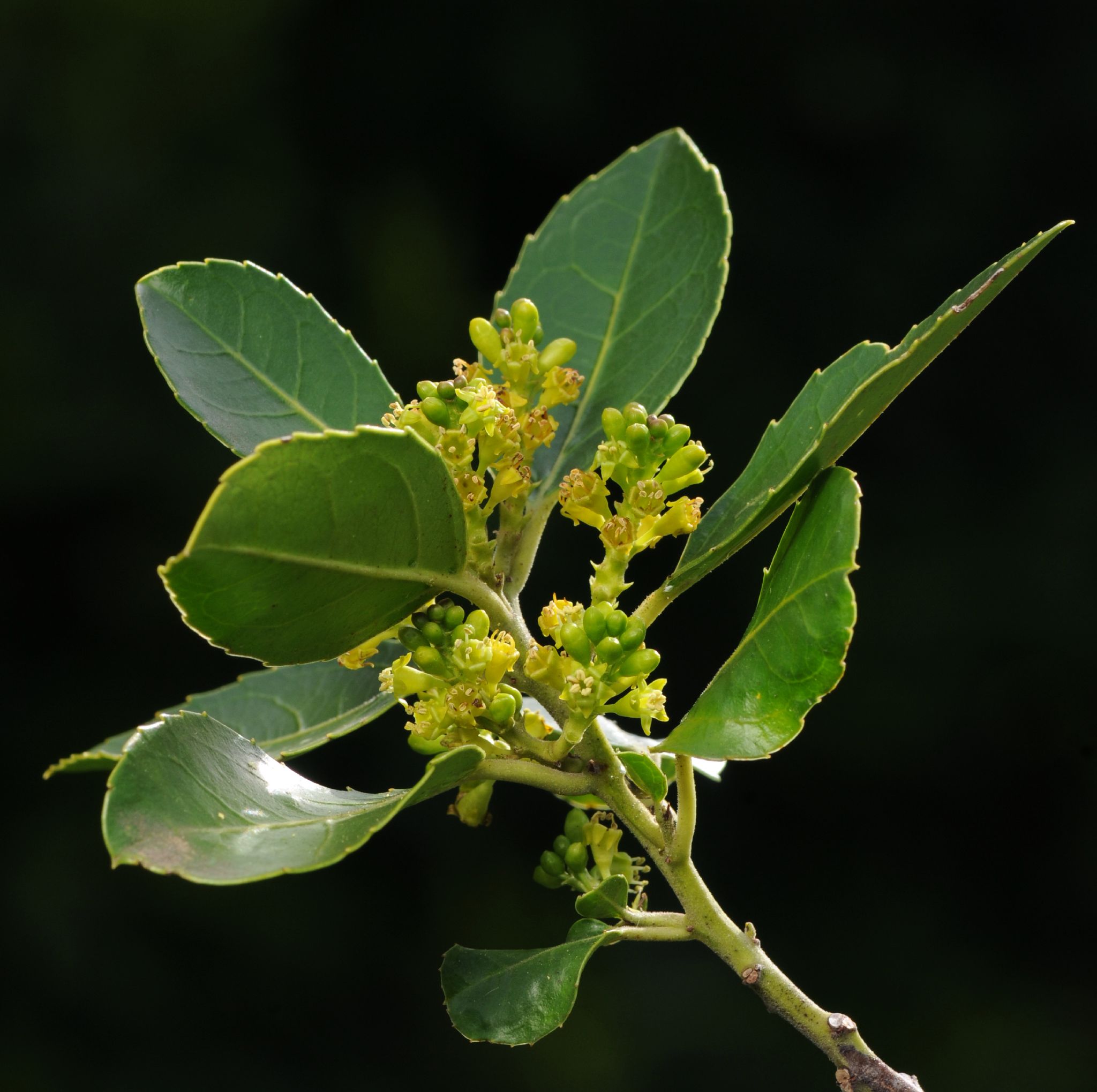