The classical name for Cornus mas.

A genus containing several species with formal, tiered foliage, colourful fruits and showy autumn leaves. Some cultivars have remarkable coloured stems that are most effective in winter and when used next to water for their reflections. Several species have attractive prominent white or pink petal-like bracts in early summer.

The genus Cornus can be divided into two evolutionary lines: those with red fruits and flowers with prominent basal bracts; and those with blue or white fruits and bracts that are small or absent.The red- fruited line can be further divided into Cornelian Cherries and those with showy bracts.The blue-fruited line can be split into 4 or more subgroups. As a result of these divisions, several segregate genera have been suggested, perhaps the best known being Benthamia, Benthamidia, Chamaepericlymenum, Dendrobenthamia, Swida and Thelycrania. For simplicity, Cornus has been maintained here. Large numbers of new cultivars and hybrids have been raised recently in the USA involving, in particular, C. florida and C. kousa; the latter E Asian species is somewhat resistant to anthracnose fungal disease. Cultivars are registered at the Arnold Arboretum at Jamaica Plain, Massachusetts.

About 45 species, mostly northern temperate with a few from S America and Africa.

Some species by seed (stratified), but most species and cultivars by softwood cuttings. C. alba and C. stolonifera by hardwood cuttings.

Fruit of C. mas, Cornelian Cherry, is used for jams and alcoholic beverages, other species especially C. nuttallii are used for timber.

Pulling a leaf gently in half reveals mucilaginous threads of conducting tissue between the main veins - an excellent field character that is also useful for Philadelphus.

VIC: The GPCAA collection is held by Stephen Ryan of Dicksonia Rare Plants Nsy, Mt Macedon, and consists of over 40 different kinds. SA: About 30 taxa are grown at the Mt Lofty Bot. Garden,Adelaide.

Key to the species of Cornus 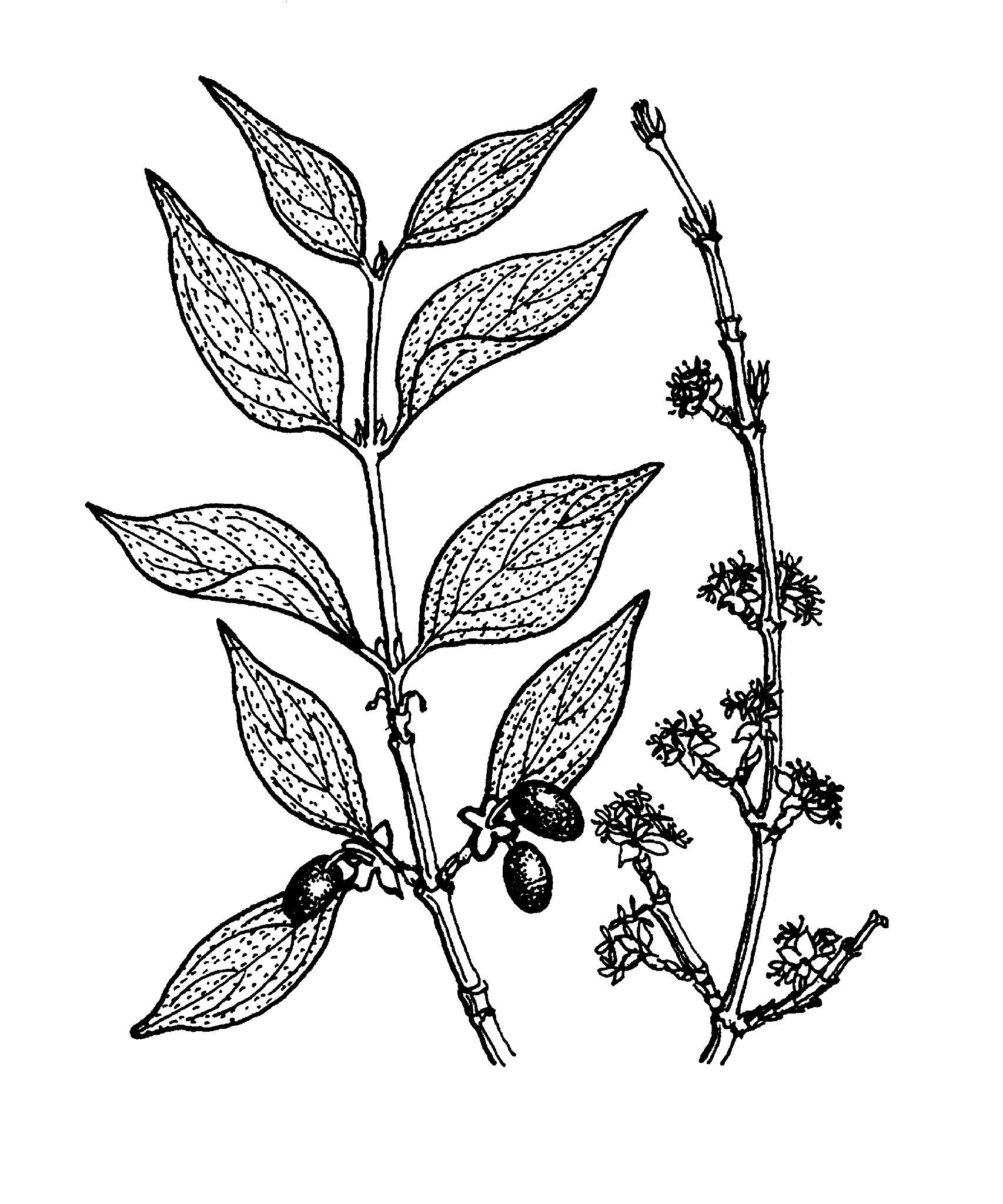 A hybrid, C. capitata × C. kousa with white bracts that change to pink. Originated in the UK from a Somerset garden in the 1960s.

A hybrid, C. florida × C. kousa.a low, spreading plant that is early to bloom. The name RUTH ELLEN is an American trademark name.