Greek epi — on, lobos — pod, referring to the position of the petals on top of the pod-like ovary.

Perennial herbs, occasionally annuals or subshrubs, generally with stolons. Leaves opposite or alternate, linear to elliptic or ovate. Flowers mostly regular, solitary in the leaf axils or sometimes in leafy clusters, floral tube sometimes conspicuous; summer. Sepals and petals 4, the latter generally with a notch at the tip and scarlet to orange, purplish, pink, white or yellow. Stamens 8, unequal. Fruit a cylindrical or clubshaped capsule. Syn. Zauschneria C. Presl in part.

A genus of attractive late-flowering plants but renowned for its weedy species.

E. ciliatum Raf., Glandular Willowherb, is native to N and S America and E Asia and is a common touch-weed, the ripe fruits of which explode on contact; it is often found among pots in nurseries and will grow to about 60 cm tall with petals white to purplish pink.The flowers have a conspicuous ring of hairs deep in the throat and the seeds are unusually striated.

E. nummularifolium A. Cunn. from New Zealand is a prostrate herbaceous plant forming dense patches; branchlets squarish in section; leaves opposite,more or less round, to about 1 cm long, fleshy, the margins bent under and slightly toothed; flowers about 5 mm wide, white or pink.

About 200 temperate species, mostly from W North America but also the arctic and tropical mountains.

Seed or softwood cuttings, a few by division.

The leaves of some species are eaten as greens.

Key to the species of Epilobium 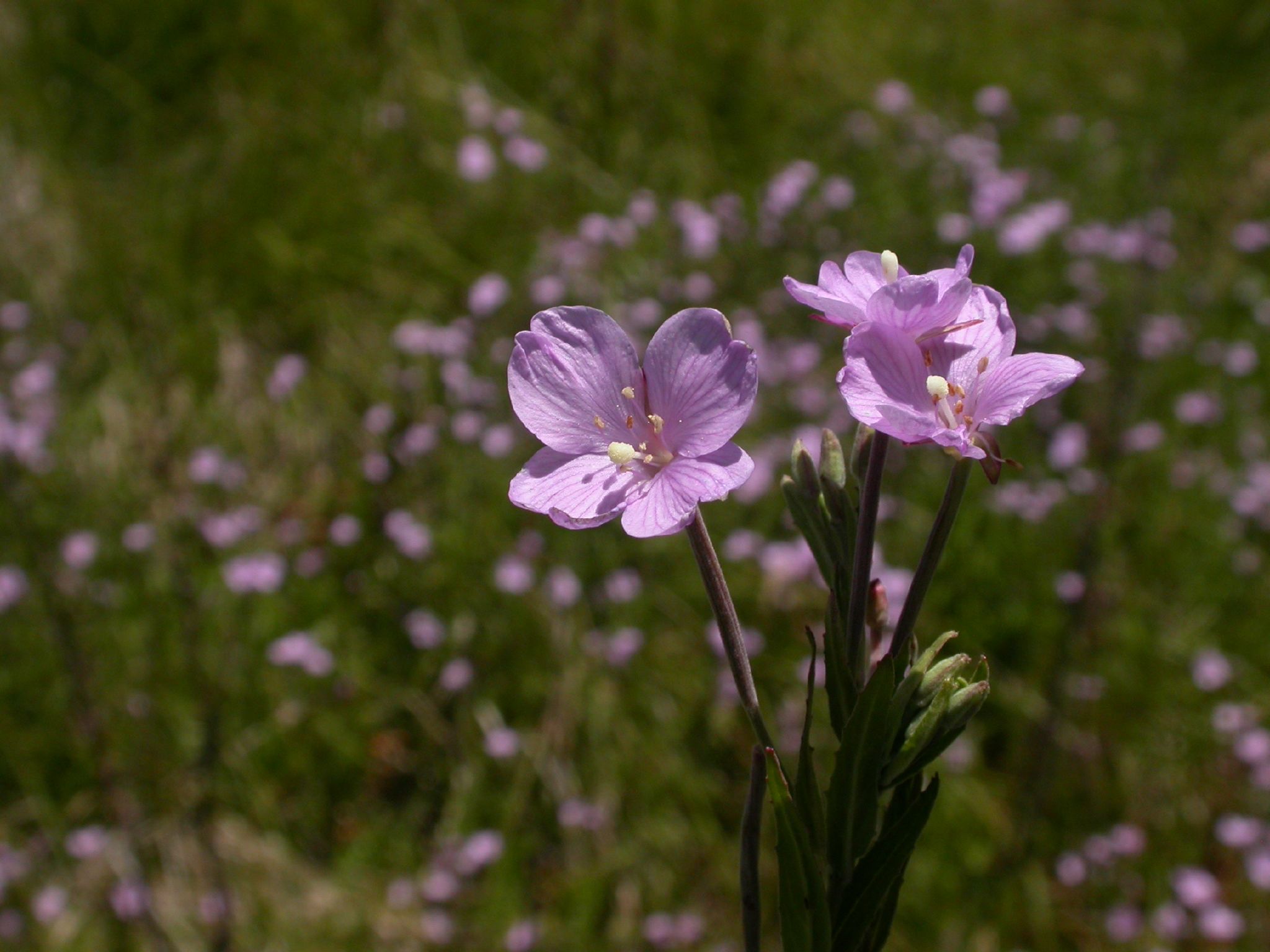