Trees, shrubs or prostrate creepers. Leaves mostly alternate, occasionally opposite or in whorls of 3 or 4, simple, entire, stalked or not. Flower clusters terminal or axillary. Flowers mostly symmetrical, solitary in the leaf axils or in short axillary or terminal clusters, mostly yellow but occasionally with red, white or green markings.Tepals shortly coherent at the base.ovary mostly with 2 ovules. Fruit a 1-2-seeded drupe.

Style not swollen to form a pollen presenter; fruit a drupe.

Key to the species of Persoonia 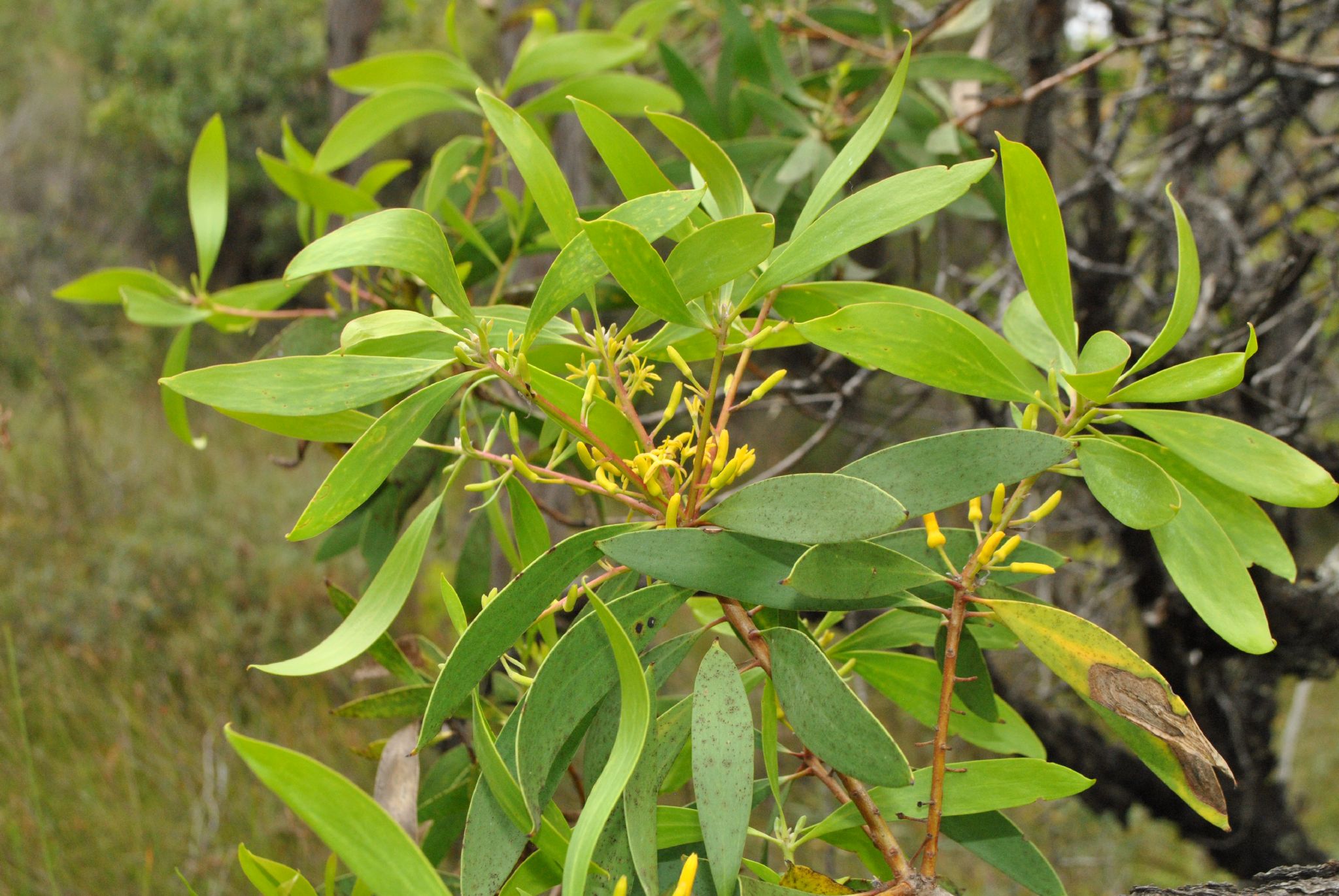