Shrubs, occasionally spiny. Leaves alternate, simple, entire or prickly; stipules minute or absent. Flowers short, axillary, flowers rarely solitary. Flowers blue to purple or white, the calyx 2-lipped, lower lip shorter, of the 3 lobes, the central one longest. Standard with a white or yellow central spot. Stamens either in 1 series and fused into an open sheath, or slightly 2-sized and the sheath split to the base above and below. Ovary sometimes stalked, containing 2(3) ovules. Fruit pod globose to ellipsoid.

Grown for the attractive flowers and, in many species, the appealing new growth.

About 20 species endemic to Australia, with 6 in WA.

Leaves simple; ovules 2(3); stamens fused but split at least on the top; pods about as long as broad.

Key to the species of Hovea 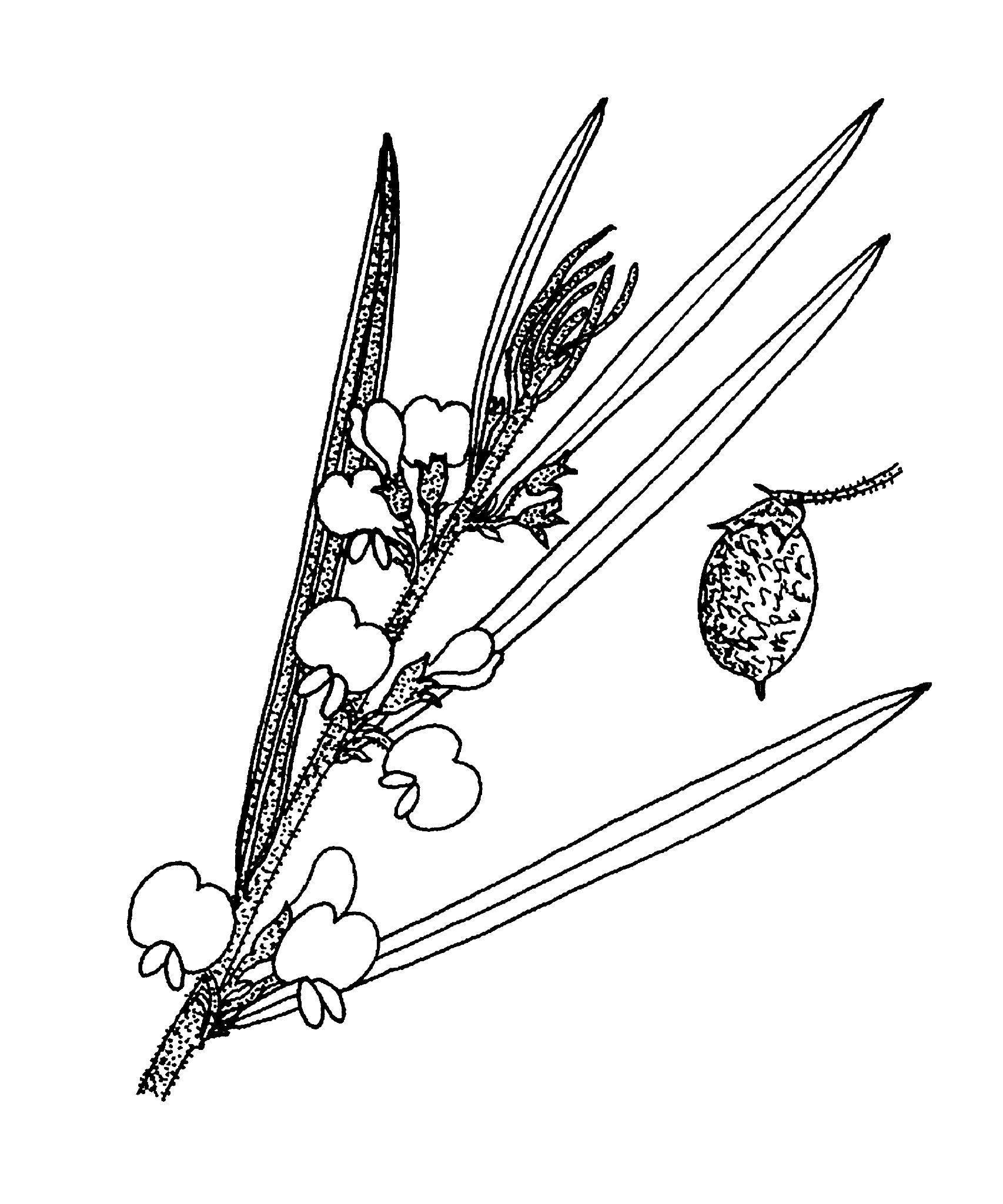