From the Latin saxum — rock, fragere — to break, referring to the one-time medicinal use of these plants as a cure for kidney and bladder stones.

A highly variable and popular genus in northern hemisphere horticulture with distinctive forms adapted to their wide-ranging natural habitats. Grown mostly in rock gardens but also occasionally in bog gardens and hanging baskets and as border plants. As a mostly cool-temperate, montane genus, it does not enjoy such popularity in Australia and most species are collectors' items although they are popular in cool-climate rock gardens. Hybrids (see Horn y et al. 1986) are generally more common in cultivation than species, both in the northern hemisphere and in Australia.

About 440 species, mostly from northern temperate and arctic regions, a few extending as far as Thailand in Asia and the Andes of S America.Mostly from rocky montane habitats.

can be complicated as there are large numbers of species and numerous hybrids. Furthermore, the stock available in nurseries varies over time. For these reasons a key is not presented and the available plants are simply listed below.

The saxifrages are divided into 15 sections of which the 3 most useful to horticulture are: Section Kabschia and Engleria; Section Ligulatae, the silver and encrusting saxifrages; and Section Saxifraga. 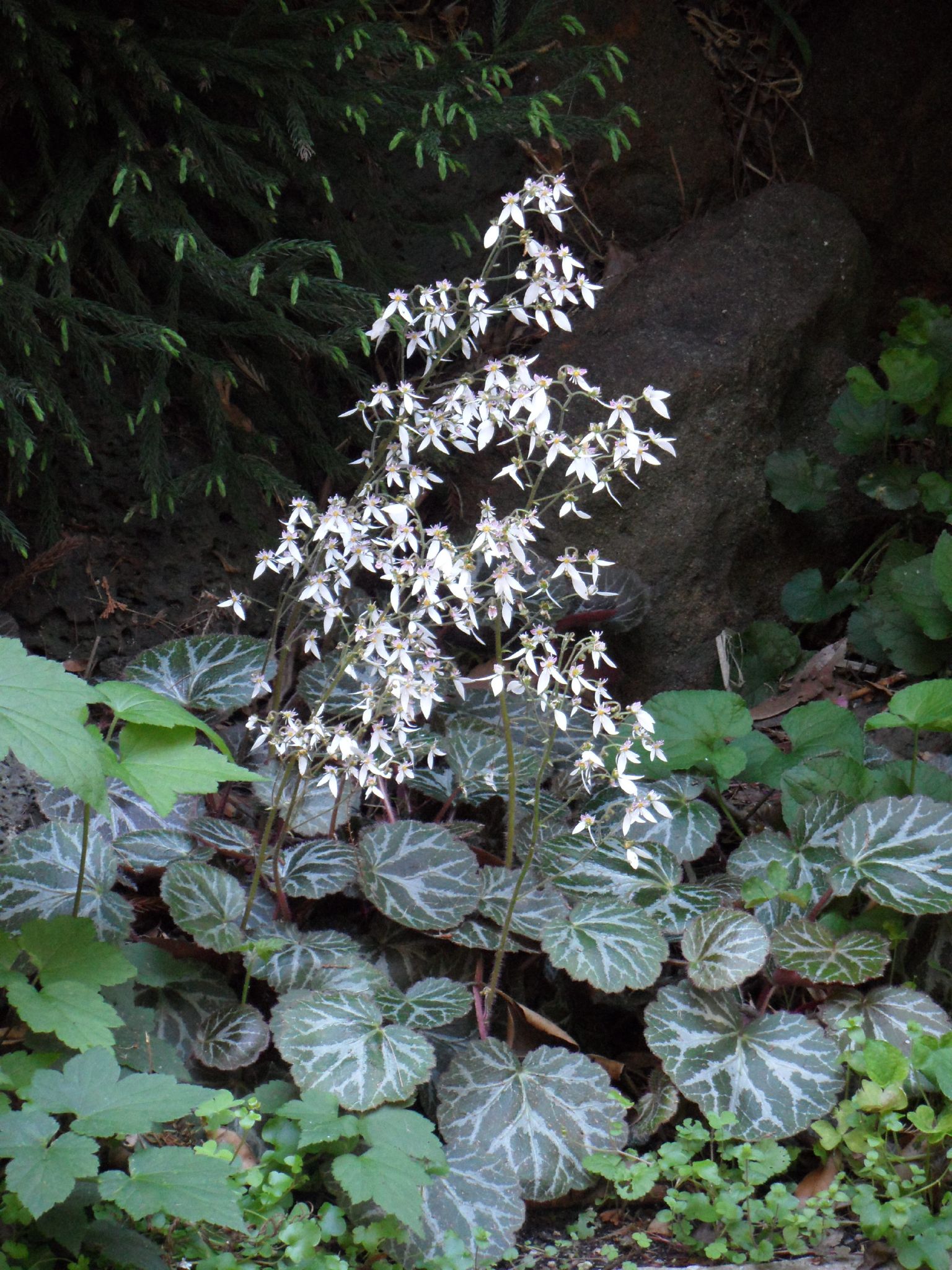 Hybrids are much more common than species in cultivation. Descriptions are given as a guide for identification only: more detail is given in Horn? et al. (1986).

(?s. cochlearis _ s. paniculata) Leaves blue-grey, reddish at the base. Flowers in dense, creamy spikes on stems to about 15 cm long.