Perennials with rhizomes, occasionally woody-stemmed. Leaves in some species arising only from the base, in others arising from the stem. Leaflets 3-many, mostly palmate or pedate (see glossary). Flowers solitary or in clusters, each with 5 petal-like sepals and an inner whorl of 5-many tubular nectaries (the petals), white to green or shades of purple (or purple dotted and blotched) to almost black, sometimes bell-shaped and green. Stamens numerous. Carpels 3-8, free or shortly united at the base. Fruit of 3-5 follicles each with several seeds that often possess ant-attracting glands, the ants aiding seed dispersal.

The plants contain highly poisonous alkaloids that have a burning taste, and although various parts have been used in the past for medicinal preparations, they should not be used for herbal remedies.

This genus is best known through the numerous cultivars and variants of H. orientalis. Rarely cultivated species include H. atrorubens Waldst. & Kit. which has pedate leaves that are hairless below, flowers that are purplish at least outside and follicles that are fused at the base; and H. cyclophyllus Boiss. from E Europe which has leaves that are downy below at first, dying down over winter, and bright green flowers.

Leaves pedate (see glossary), palmate, or with 3 leaflets; carpels each with several ovules.

21 species from Europe and W Asia.

Key to the species of Helleborus 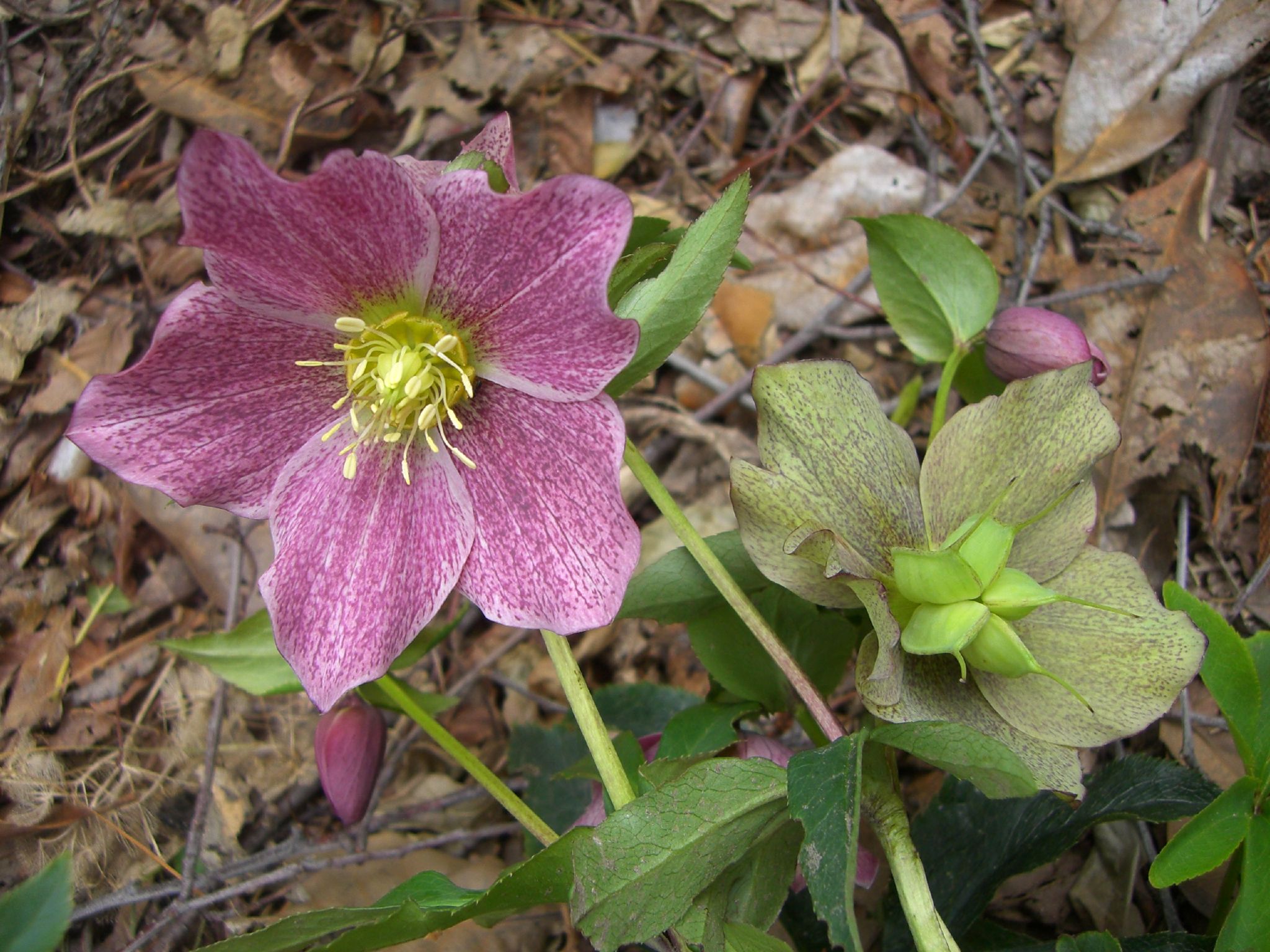