A shrub or small tree rarely growing more than 5 m tall. Leaves all needle-like in whorls of 3 at a stem joint, the base not extending down the stem, 7-12 mm long, spreading, broad at the base and tapering to a pungent point, the upper surface with a single white band. Male and female cones axillary, borne singly and mostly on separate plants. Fruit 6-9 mm wide, waxy-blue, ripening to blue-black in the second year. Seeds 2-3.

Mostly montane in the wild.

Gin is distilled from the berries.

Leaves all needle-like at a stem joint, the base not extending down the stem, less than 1.2 cm long, with a single band above and tapering gradually from the base. 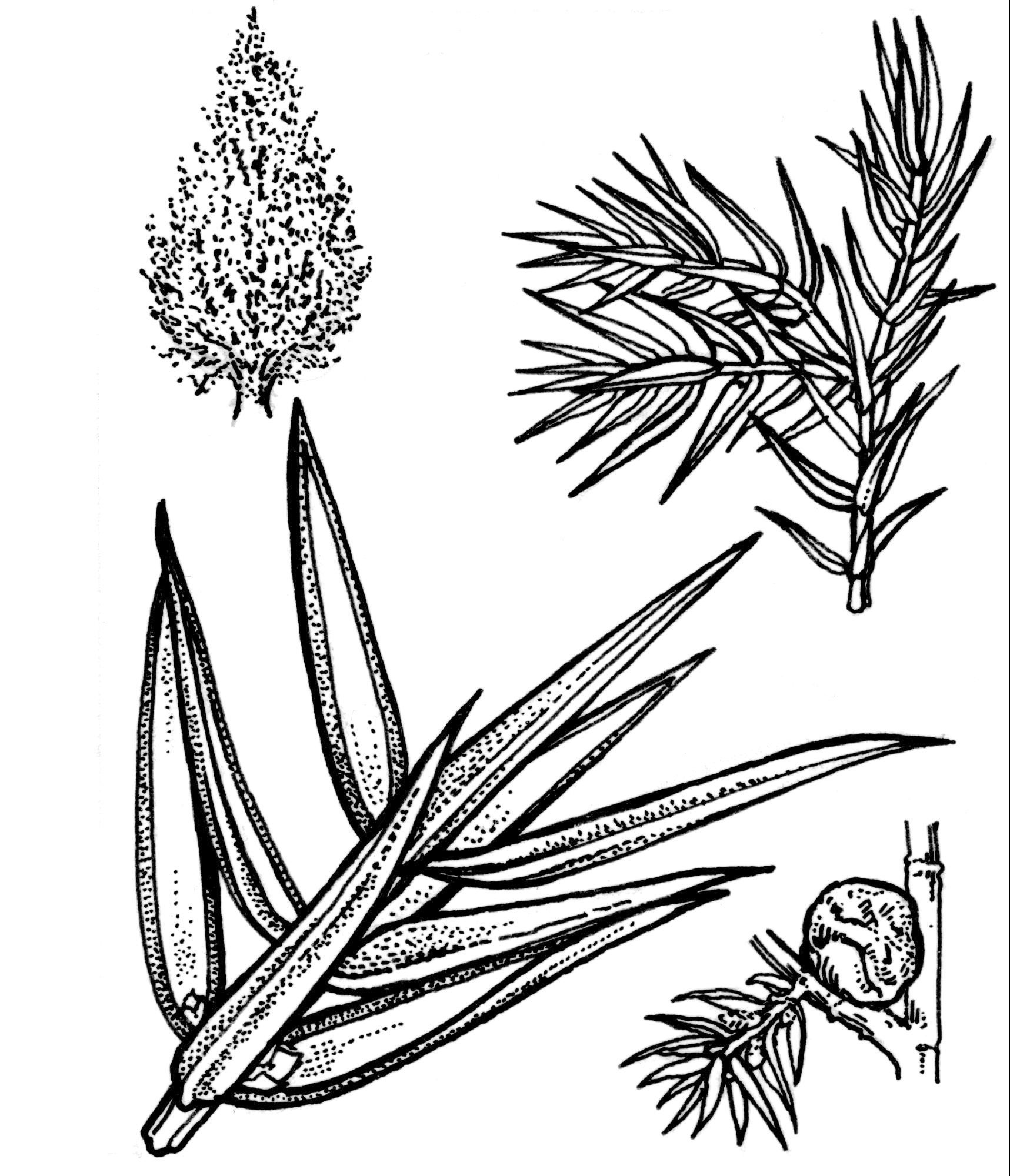 Dwarf with spreading branches, the main ones upright, needles yellow at the base of the branches and golden in spring, becoming coppery. Origin n America.

Irish Juniper Medium sized, narrow conical to columnar, dense, branches erect (not drooping at the tips as in 'Suecica'), needles pointed but not prickly. Originating from UK.

Dwarf, spreading flat on the ground with the tips slightly upturned, needles prickly with a white band above. Discovered by Hornibrook in County Galway, w Ireland.

An alternative name for the highly variable var. montana Aiton which comprises the low-growing forms.

Prostrate, flat, spreading, forming a round clump. The branchlets are thin and dense, needles close together, curved slightly inwards, soft with a single white band above. Raised in Ireland.

Medium sized, with a narrow, columnar, upright habit, the branch tips slightly drooping, needles blue-green and prickly. A clone of the wild variety from Scandinavia and E Russia.