Terrestrial or sometimes epiphytic ferns. Rhizome erect or creeping, scaly and occasionally forming a short, narrow trunk. Sterile and fertile fronds generally different. Fronds leathery, simple or divided once (to several times in cultivars), the fertile ones generally narrower; margins entire or saw-toothed; veins joining near the main ribs or free. Sori on the margins or lateral, solitary or fused together in groups; indusia present or absent, opening towards the midrib.

Sori in short rows or long lines parallel to the axis and opening towards it.

Key to the genera of Blechnaceae 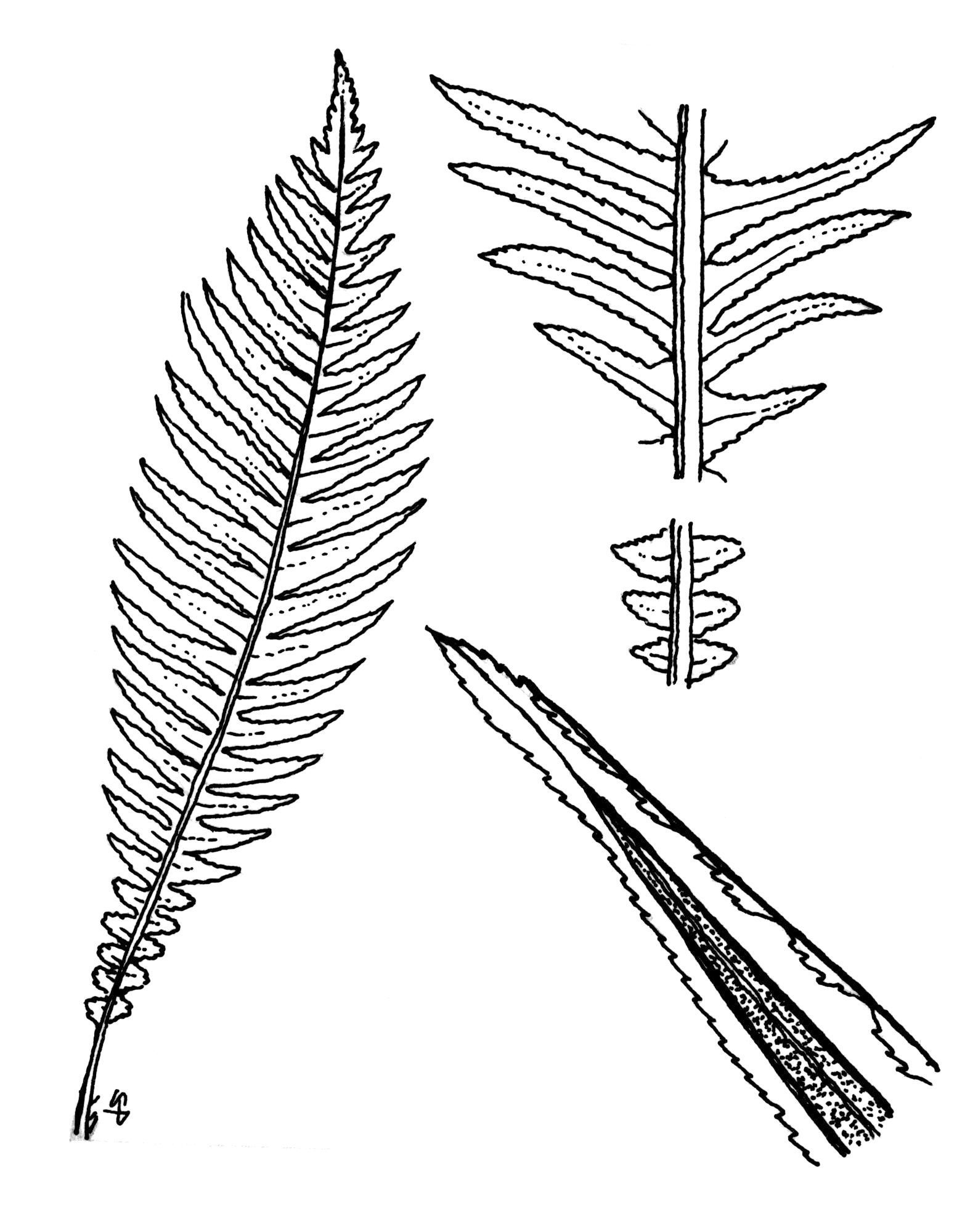