A Southern Hemisphere family of tall, resinous, evergreen, fast-growing trees. Branches in whorls. Buds with overlapping scales. Leaves spirally-arranged or in more or less opposite pairs varying from small, tapering and spiny (subulate), to flattened and broadly ovate, or of variable size on a single branchlet. Male and female cones are generally borne on the same tree but on separate branches: their conspicuous presence at different times of the year may give the impression that trees are unisexual. Male cones cylindrical, consisting of numerous spirally arranged scales, generally terminal over most of the canopy. Female cones usually in the upper branches, terminal and more or less spherical, becoming large and leathery or woody, deciduous and breaking up at maturity. Each scale of the cone has a single large seed with or without a bract.

Trees generally do not bear cones for 10 years or more.

2 genera with 40 species. Mostly tropical and warm temperate Southern Hemisphere (except S Africa). 13 species occur in mostly lowland rainforest of Malesia and 18 species in New Caledonia with others in Fiji, Australia (2 genera and 5 species in Qld & NSW), New Zealand and S America.

Seed and cuttings of erect shoots.

Timber. Agathis has been over-exploited in New Zealand and Borneo; it is also the source of pitch (dammar). The seed of Araucaria has been used for food.

Leaves either broad, thick and flat with no distinct midrib or small and incurved. 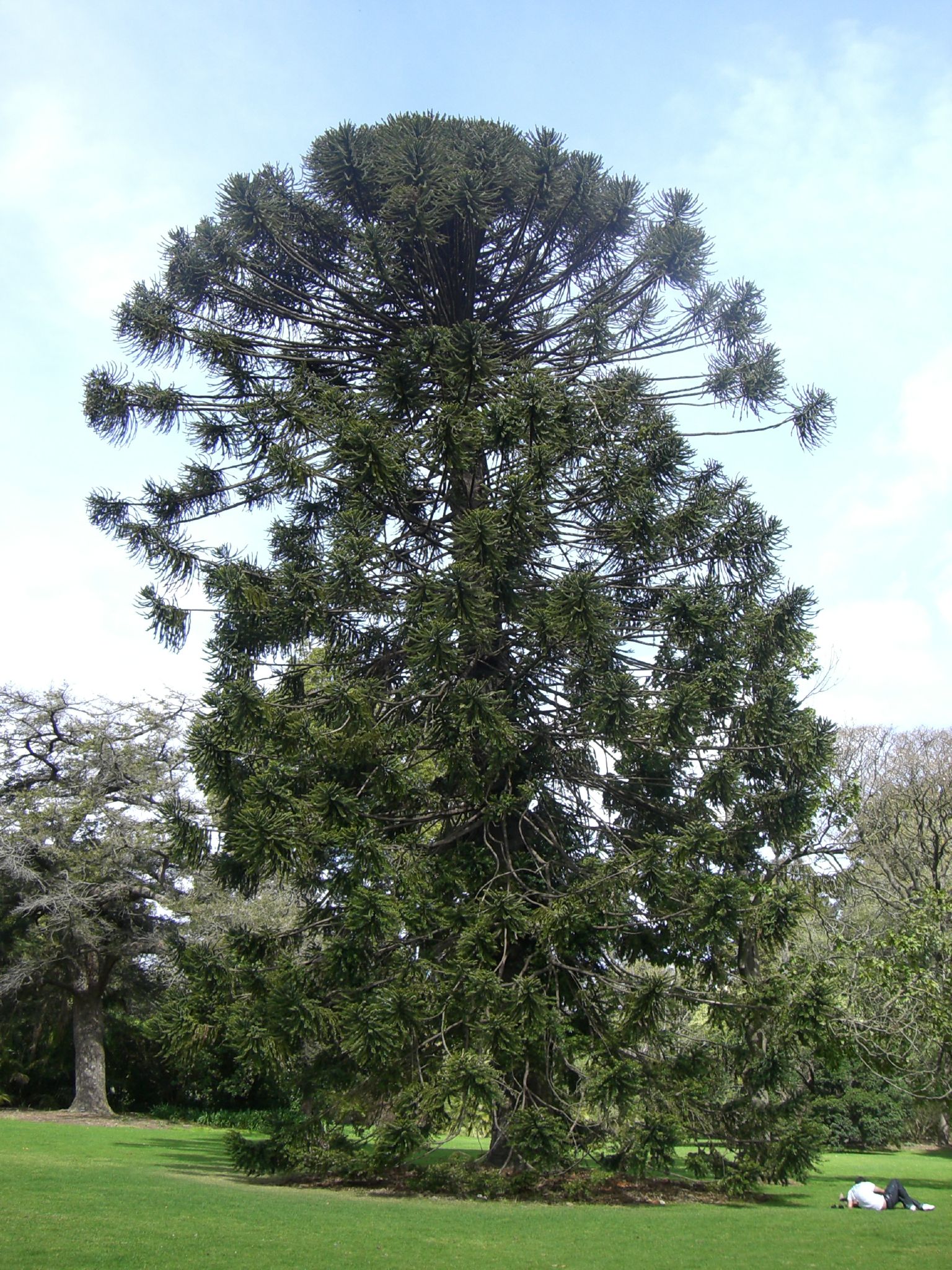