Araucanos - name of  Chilean Indian tribe in region where A. araucana was discovered.

Massive, resinous, thick-trunked trees to 50 m or so in the wild. Branches generally turning upwards. Bark smooth, silver-grey, shed in flakes. Bud with overlapping scales. Leaves mostly opposite, broad, thick, flat, lanceolate to ovate, tapering to each end, variable in size and shape on the same tree; venation parallel with no distinct midrib. Leaf stalk short. Male and female cones on the same tree. Male cones axillary, cylindrical. Female cones ovoid to globose, lateral or terminal, developing in spring over much of the canopy. Seed flat, winged, shed independently of the scales  (Mar.-Apr.).

A genus with few species in cultivation, probably because of their massive habit when mature; conservation collections of rare species are needed.

Collections: The Royal Botanic Gardens, Sydney has several mature rarely cultivated species including Agathis atropurpurea B. Hyland, Blue Kauri of N Qld, A. lanceolata (Pancher) Warb. at the Opera House entrance, A. ovata Warb. and A. moorei (Lindl.) Mast. from New Caledonia, and A. macrophylla (Lindl.) Mast. from Polynesia. The Australian species, A. atropurpurea B. Hyland, Blue Kauri, and A. microstachya J.F. Bailey & C.T. White, Black Kauri, both from the Atherton tableland rainforest in Queensland, are not cultivated in the south-east of the continent although specimens can be seen at the Australian National Botanic Gardens in Canberra.

Recognition: Mature trees massive; trunks broad and with few branches at the base; bark attractively mottled by scaling and exuding a thick milky liquid that solidifies into a white encrustation. Leaves large, leathery and blunt-tipped, without a mid-rib.

Key to the species of Agathis 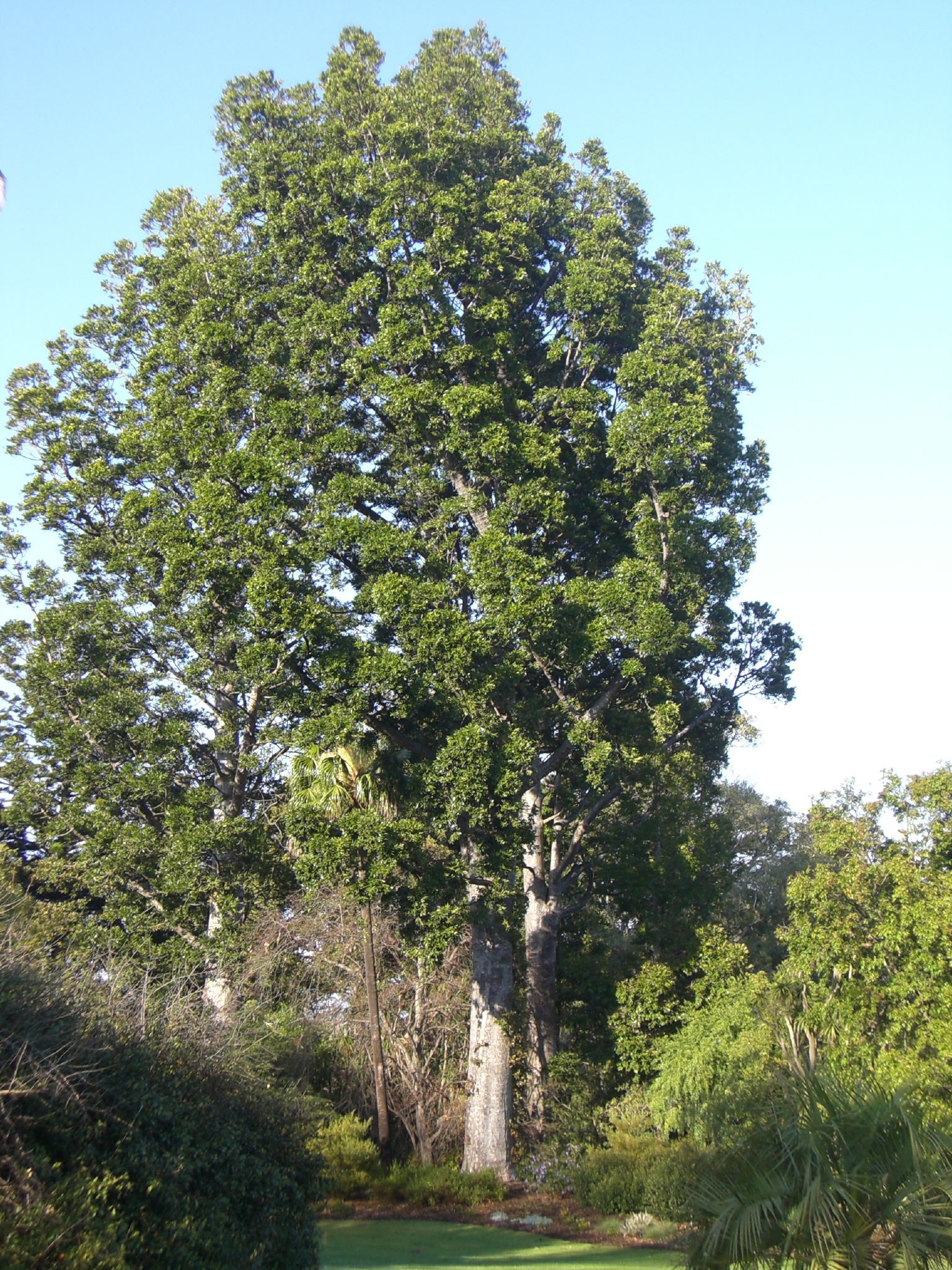