Trees and shrubs but mostly annual and perennial herbs with rhizomes or taproots, occasionally vines, generally with characteristic whiskery hair. Leaves alternate, occasionally lower ones opposite, simple; stipules absent. Flower clusters in cymes that coil in a characteristic form (scorpioid or helicoid), rarely solitary and axillary. Flowers bisexual, regular (rarely slightly irregular). Sepals mostly 5, free or united at the base. Petals united, mostly 5, often with scales in the throat, mostly blue, occasionally white, pink or yellow. Stamens mostly 5, alternating with the petals and attached to the tube, sometimes with a nectary disk. Ovary superior. Carpels 2, united, each with 2 chambers; ovules 1 in each loculus or numerous; style gynobasic; stigma(s) 1 and 2-lobed, 2 or 4, capitate to truncate. Fruit a schizocarp or a loculicidal or irregularly dehiscent capsule.

A red dye is produced from Alkanna tinctoria and several other genera are used in traditional herbal medicines (Borago, Lithospermum and Symphytum).

94 genera and 1793 species, cosmopolitan but mostly temperate to subtropical, with a centre of diversity in the Mediterranean and W North America.

Key to the genera of Boraginaceae 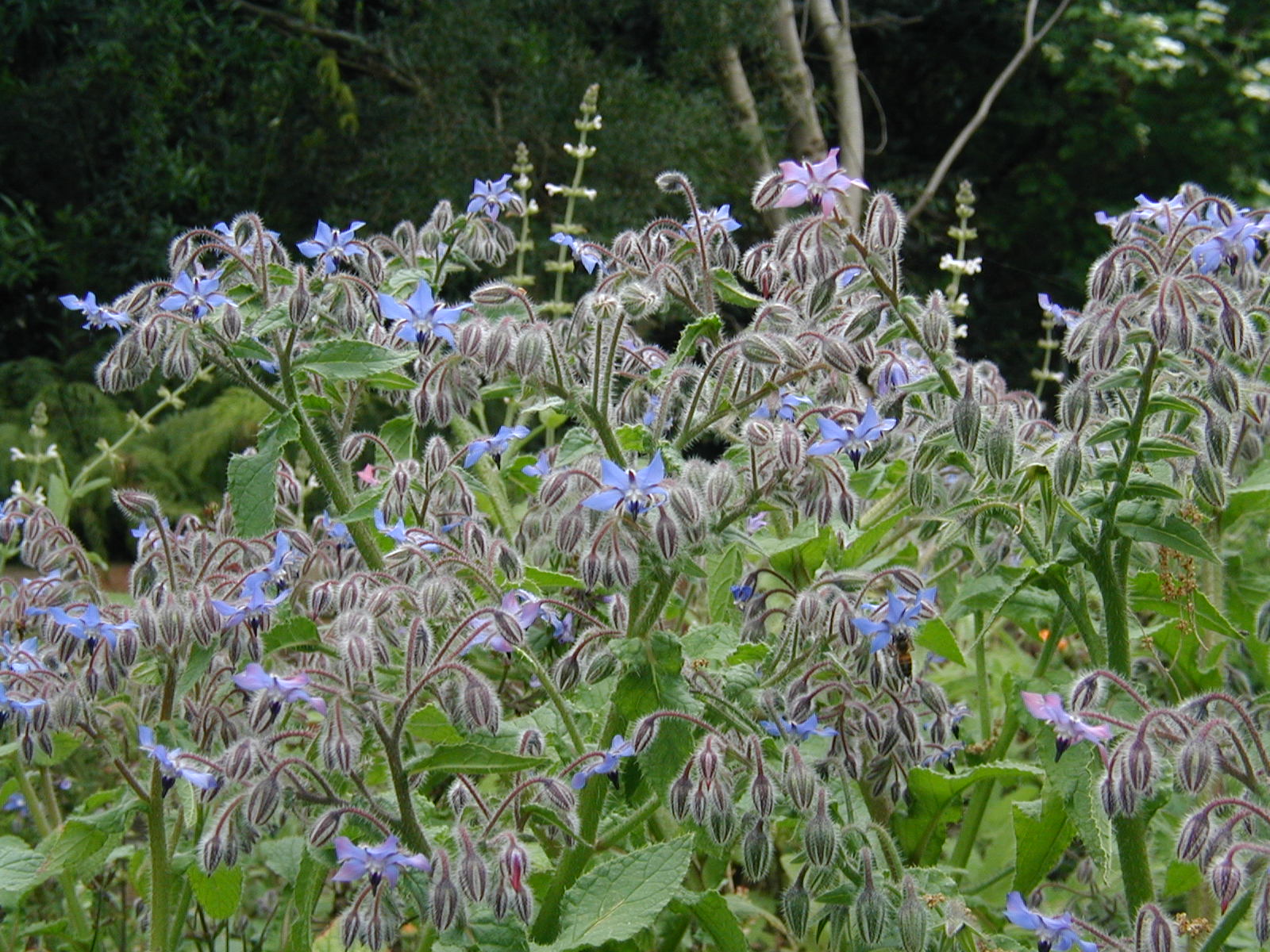