Annual or perennial herbs, usually with bristly, spreading hairs. Leaves alternate but in a rosette at the base of stems. Flower clusters in terminal, bracted coils. Flowers irregular and funnel-shaped with scales inside, stalkless. Sepals often unequal and united at the base. Stamens unequal and generally protruding.

This genus is perhaps best known for the European pernicious weed, E. plantagineum L., Patterson's Curse (Salvation Jane), which was introduced into Australia as a garden plant in 1843 to become a devastating and widespread environmental weed by 1890, with few redeeming features except as a source of fodder and honey. E. plantagineum has cordate leaves which distinguish it from the other environmental weeds, E. vulgare L., Vipers Bugloss, which has 4 protruding stamens, and E. italicum L., Italian Bugloss, with 5 protruding stamens.

Flowers irregular, the stamens of several lengths and often protruding from the flower. 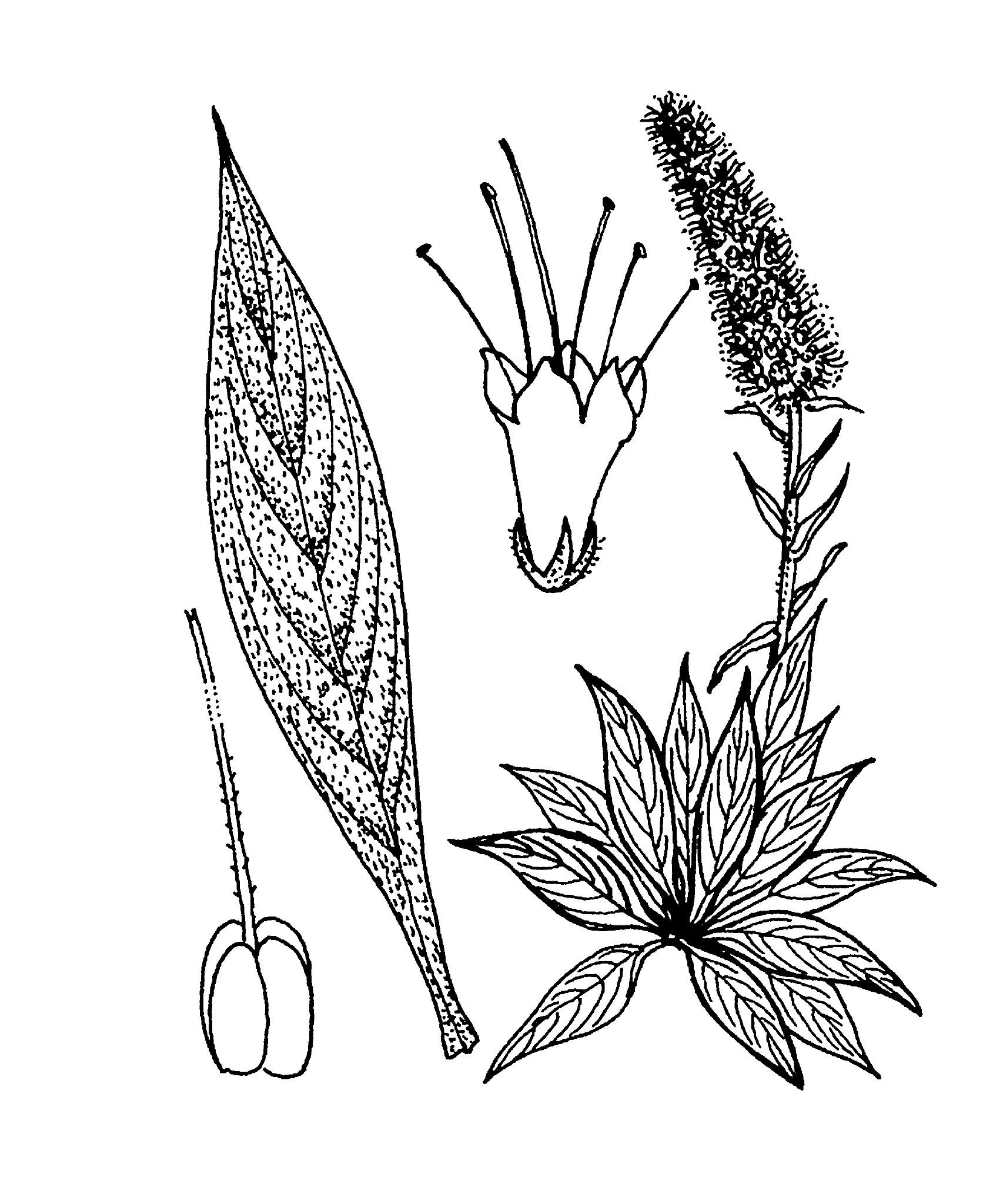