Latin pulmonarius — suffering from lung disease, as the spotted leaves of some species resemble diseased lungs.

Hairy, perennial herbs with creeping rhizomes. Leaves simple, alternate, sometimes spotted. Flower clusters branched. Flowers with no scales in the floral tube but several tufts of hairs. Fruit with 4 smooth nutlets, each with a basal rim.

Mostly grown as border plants for the ornamental foliage.

P. officinalis is known as a treatment for bronchial complaints (the spotted leaves resemble diseased lungs). The 17th century doctrine of signatures maintained that a plant's appearance indicated its medicinal use.

Tufts of hairs (not scales) in the throat of the flower tube.

Key to the species of Pulmonaria 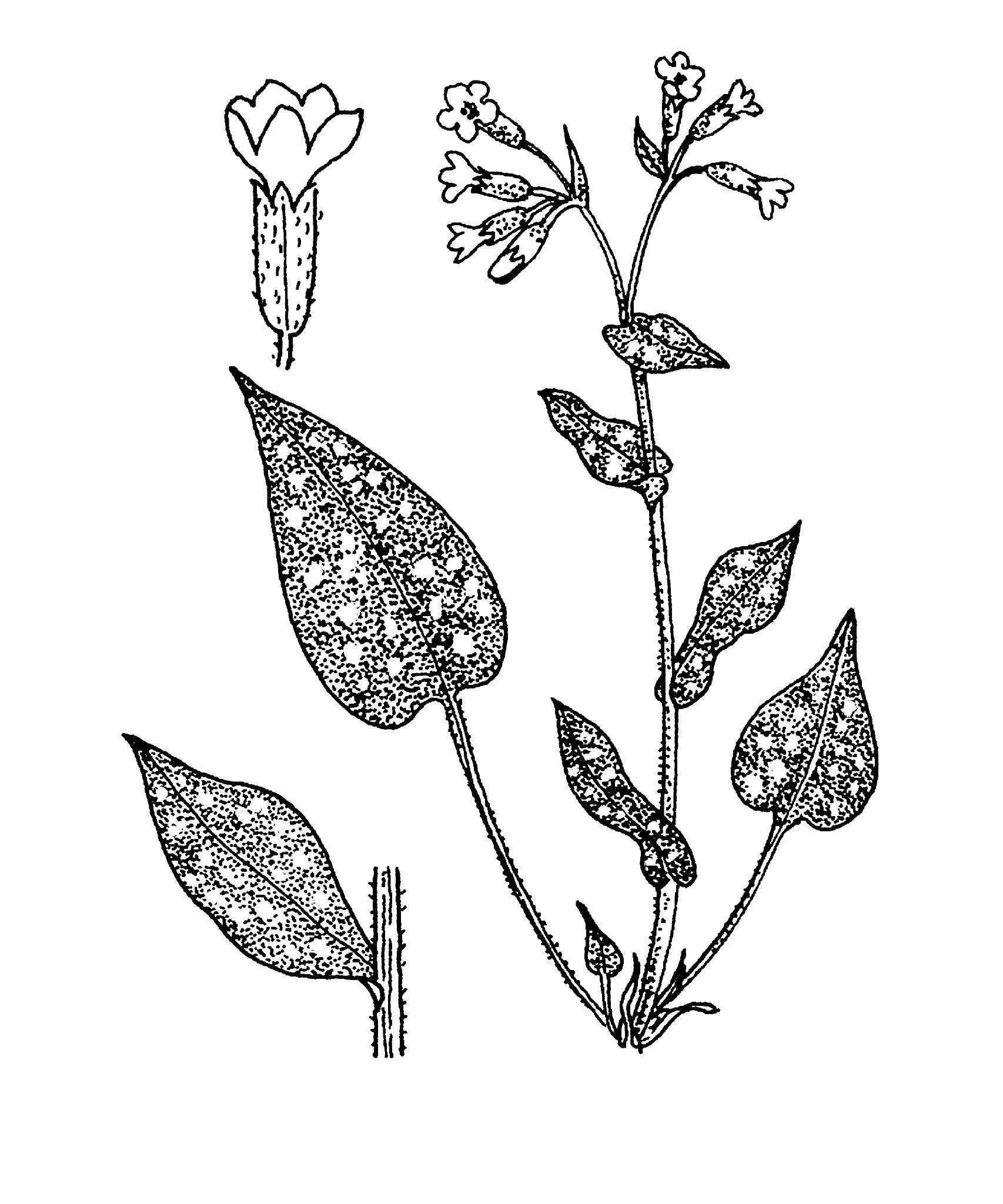