Latin scaevola— left-handed, from scaevus — left, referring to the 5 corolla lobes all on one side of the axis.

Hairy herbs or shrubs. Leaves mostly alternate and with a tuft of hairs in the axil; stalked or not. Flowers in clusters. Sepals 5, shortly united at the base. Petals tubular, opening out like a fan, generally hairy in the throat, the lobes winged and without either ears or anterior pouch. Stamens free. Ovary inferior, 2-chambered (except s. albida which appears 1-chambered). Fruit fleshy to almost dry.

Grown for the prolific, colourful fan-like flowers. Less frequently cultivated species include: S. calendulacea (Kenn.) Druce,Dune Fan-flower, from SA,Qld, NSW and Vic which has bright blue flowers for most of the year; S. humilis R. Br. from the NT, SA, Qld and NSW with blue or white flowers; and S. striata R. Br. from WA which has blue flowers to 3 cm long. [S. stricta Roem. & Schultes]

The fruits of S. spinescens were eaten by the Aborigines of the Flinders Ranges.

About 96 species from the subtropical southern hemisphere to the Caribbean. Australia has 70 endemic species. 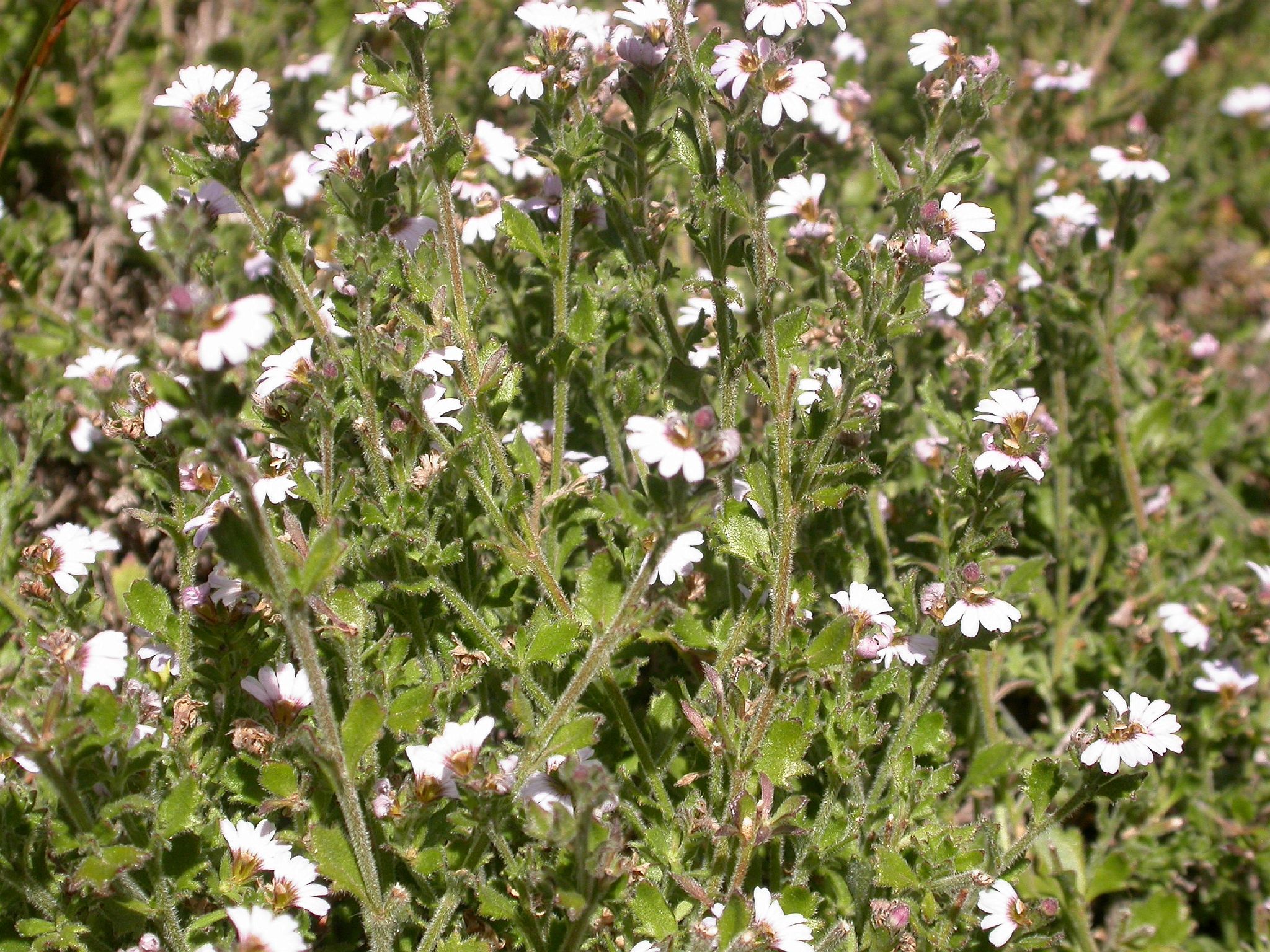