Grown in cooler districts, mostly as a formal indoor container plant with finely divided glossy leaves, but in warmer districts for the showy trumpet flowers.

Locally used for their timber.

15 species from Malesia and SE Asia.

Key to the species of Radermachera 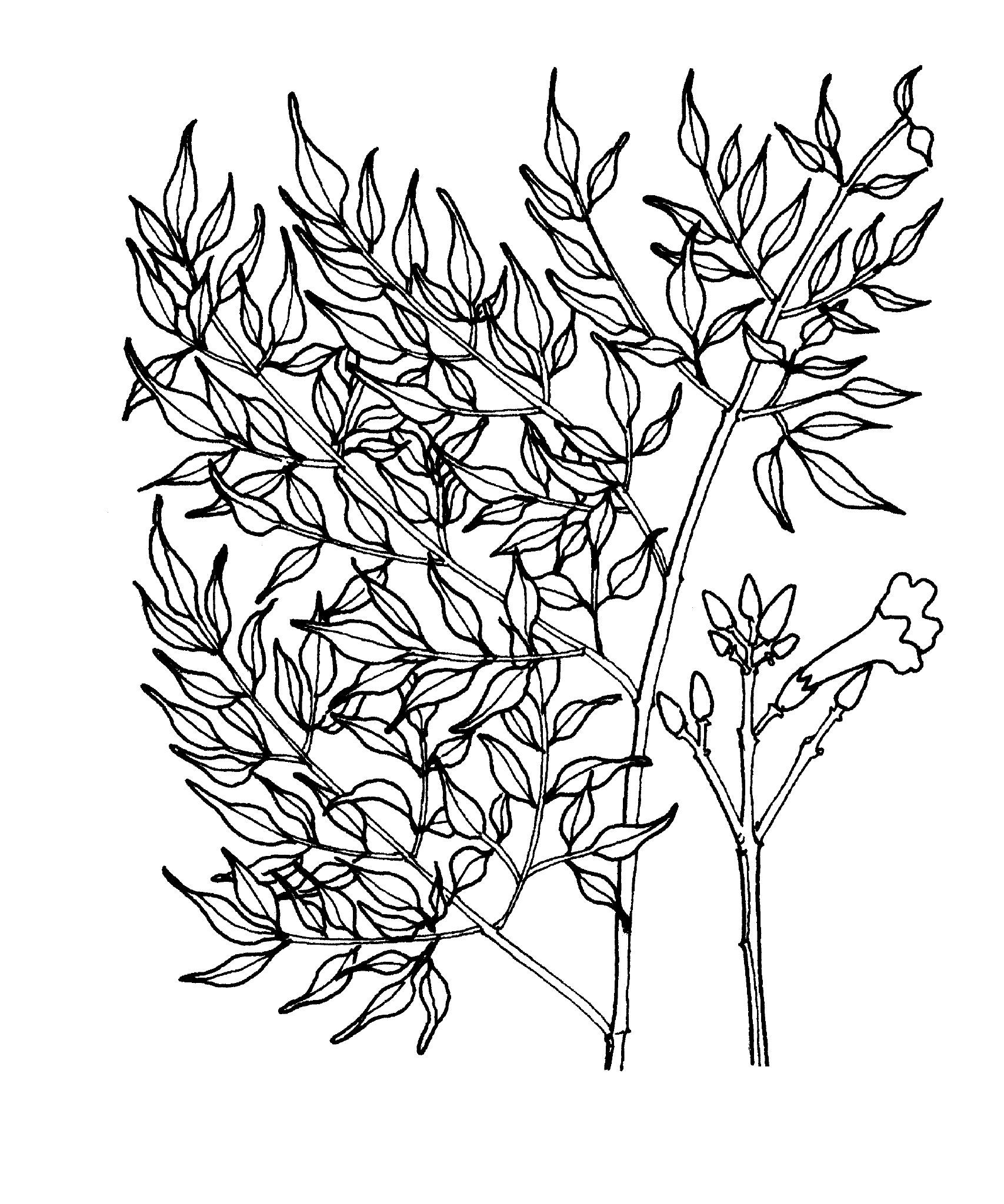