Herbaceous perennials having bulbs with elongated necks. Leaves spirally arranged, usually evergreen. Flower clusters terminal, with few to many flowers per umbel on a solid stalk originating to the side of the leaves. Flowers regular or irregular with a cylindrical tube at least as long as the lobes, mostly white, pink or red to purple, often banded, fragrant; late summer to autumn. Spathe valves 2. Stamens 6, attached to the perianth tube. Ovary forming a bulge at the base of the flower tube. Fruit 3- chambered, with to 12 fleshy seeds per chamber.

Grown for the large lily-like trumpet flowers. Native species are grown but it is the smaller horticultural hybrids that are perhaps best known to gardeners. Much hybridisation has been carried out in this genus, mostly in America, and this complicates identification.Yellow flowering forms are known.

Leaves spirally arranged; perianth tube long, the lobes spreading to form a cup or bell shape; ovules to 12 per chamber.

About 165 species in tropical and subtropical regions.

Key to the species of Crinum 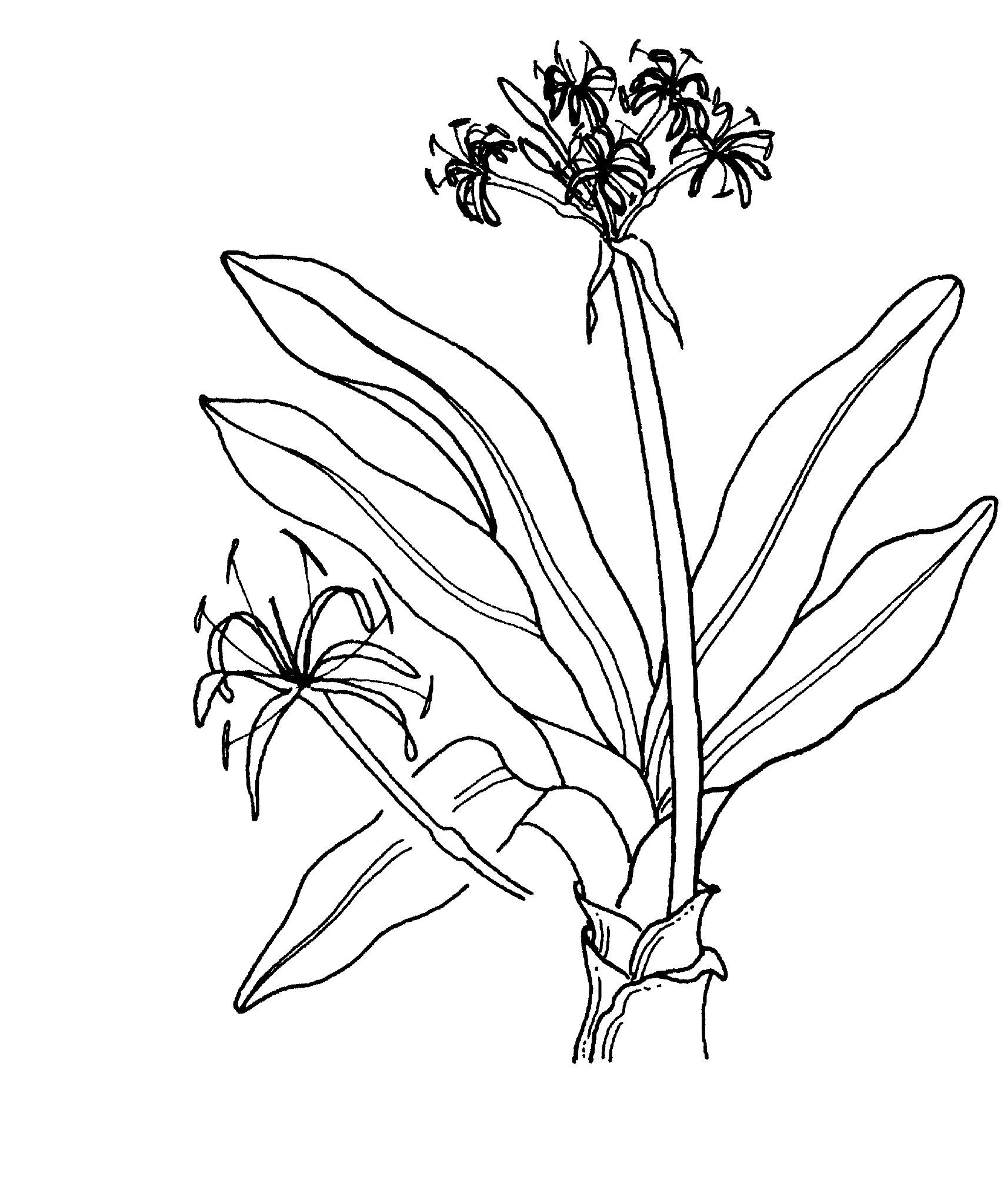