Named for Karl Wilhelm Ferdinand, Duke of Brunswick-Lüneburg (1713–1780) of the House of Brunswick, the lineage of the Belgian Royal Family, and a patron of the arts and sciences.

Large-bulbed perennial herbs. Leaves large, distichous, mostly waxy blue, strap-shaped to tonguelike, sometimes with stiff rasp-like hairs on the surface, appearing in winter and usually withering before flowering. Inflorescence before the leaves, a large umbel on usually a rather short solid stalk; individual flower stalks longer than the flowers. Flowers red, funnel-shaped, some or all the lobes bent back; stamens bent down, projecting from the flower, 3 shorter than the rest; late summer to autumn, before the leaves. Fruit a large 3-winged capsule; seeds several per chamber, fleshy, bulbiform.

Chiefly grown as a pot plant by specialist collectors; can be planted out in areas with consistently dry summers. Several species are cultivated in specialist collections, though only B. josephinae is at all commonly seen and is the only species described here. Plants known as Brunsvigia rosea are now placed in Amaryllis belladonna and plants sold under the name Brunsvigia might well be a hybrid between B. josephinae and Amaryllis belladonna, called ×Amarygia 'Tubergenii', a spectacular-looking plant.

About 12 species from Cape Province to KwaZulu Natal in S Africa.

Only the most common species is described.

Key to the species of Brunsvigia 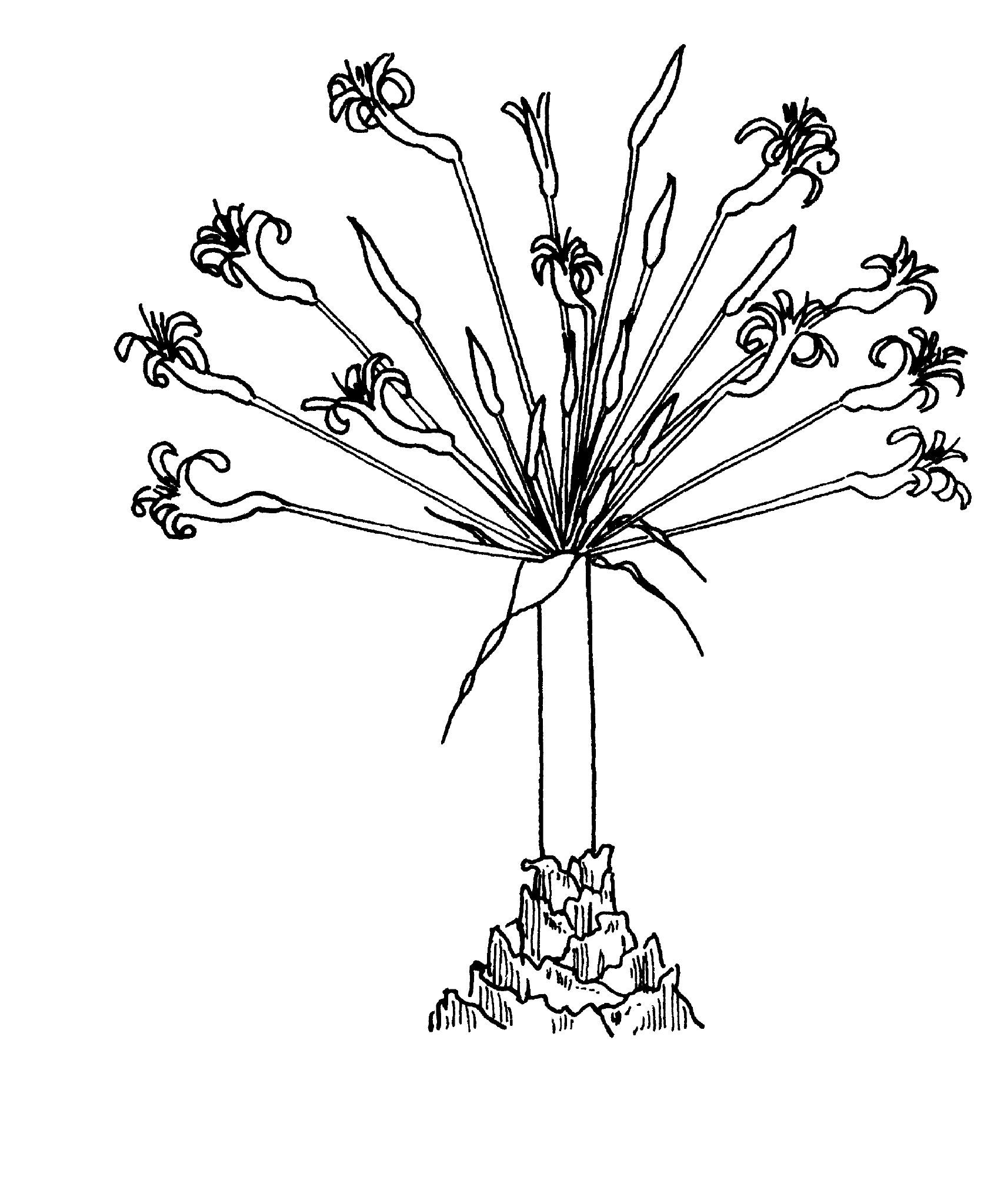