Large herbs with thick rhizomes or tubers and milky sap. Leaves entire, leathery, arrowhead-shaped or divided on a radius (pedate) into 3-13 divisions. Leaf stalks long and fleshy. Flower stalk short. Spathe constricted between the tube at the base and the main blade. Spadix club-shaped, the flowers unisexual, perianth absent. Ovary with 2-4 chambers each containing numerous ovules.

Grown for the ornamental leaves.

Division of the tubers and rhizomes.

Grown for the edible, often colourfully fleshed, tubers. In S America, the young leaves are eaten like spinach.

Sap milky; leaves more or less arrowhead shaped cf. Colocasia. Similar to Caladium but with a constriction between the ovary and the style. 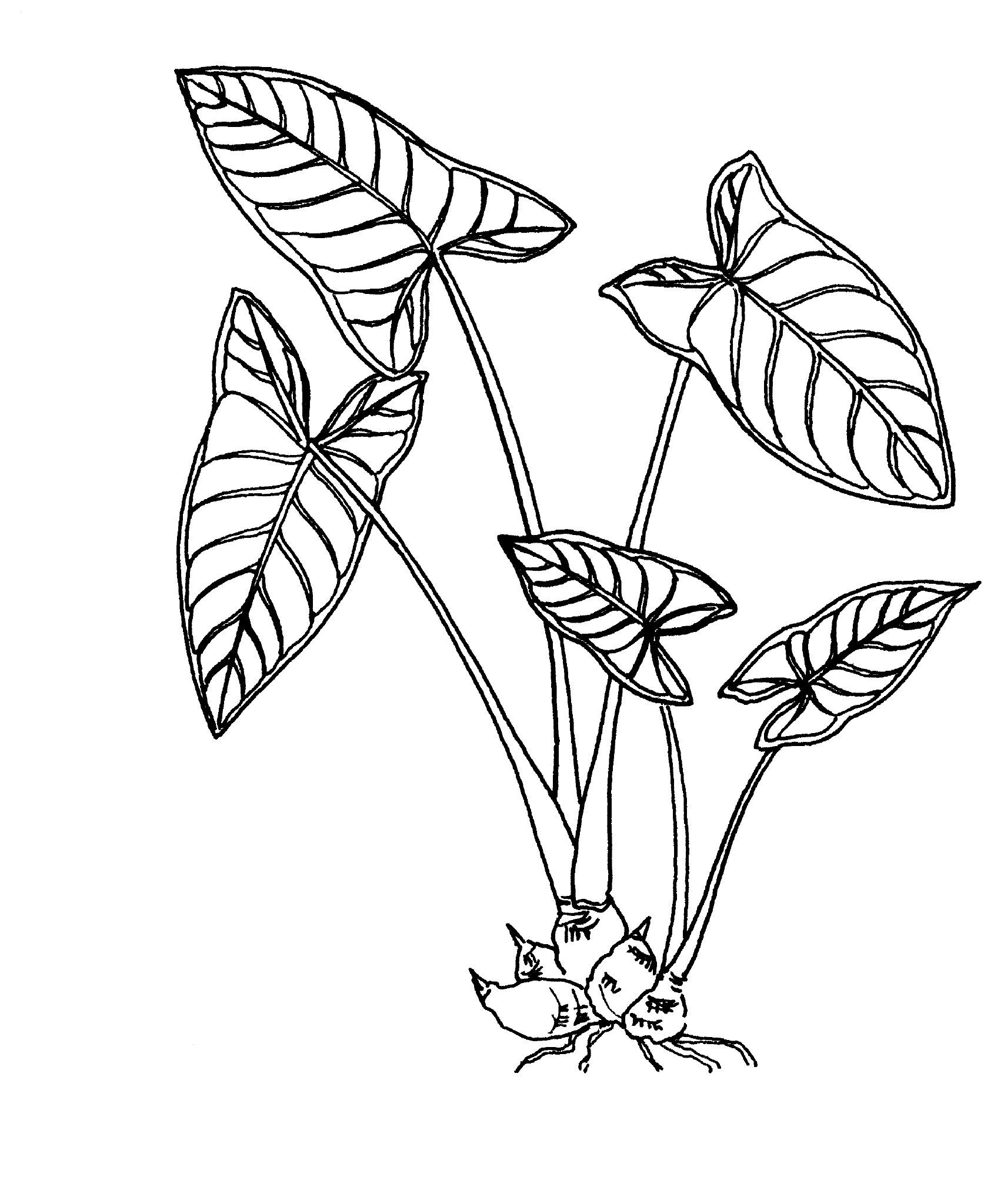