Greek amorphus – shapeless, phallus, referring to the unusual form of the flower.

Plants with hollowed underground corms each bearing scale leaves and a single large leaf with an erect stalk and a large inflorescence. Leaf blade with 3-5 or more divisions that are pinnately divided. Spathe bell - or funnel-shaped, generally shorter than the spadix. Spadix with a sterile appendix. Florets unisexual, zones immediately next to one another, without perianths. Stamens 6. Ovary with 1-4 chambers, each containing 1 ovule.

Grown for the spectacular and offensive-smelling flowers as a curiosity plant.

About 90 species from Old World tropics. 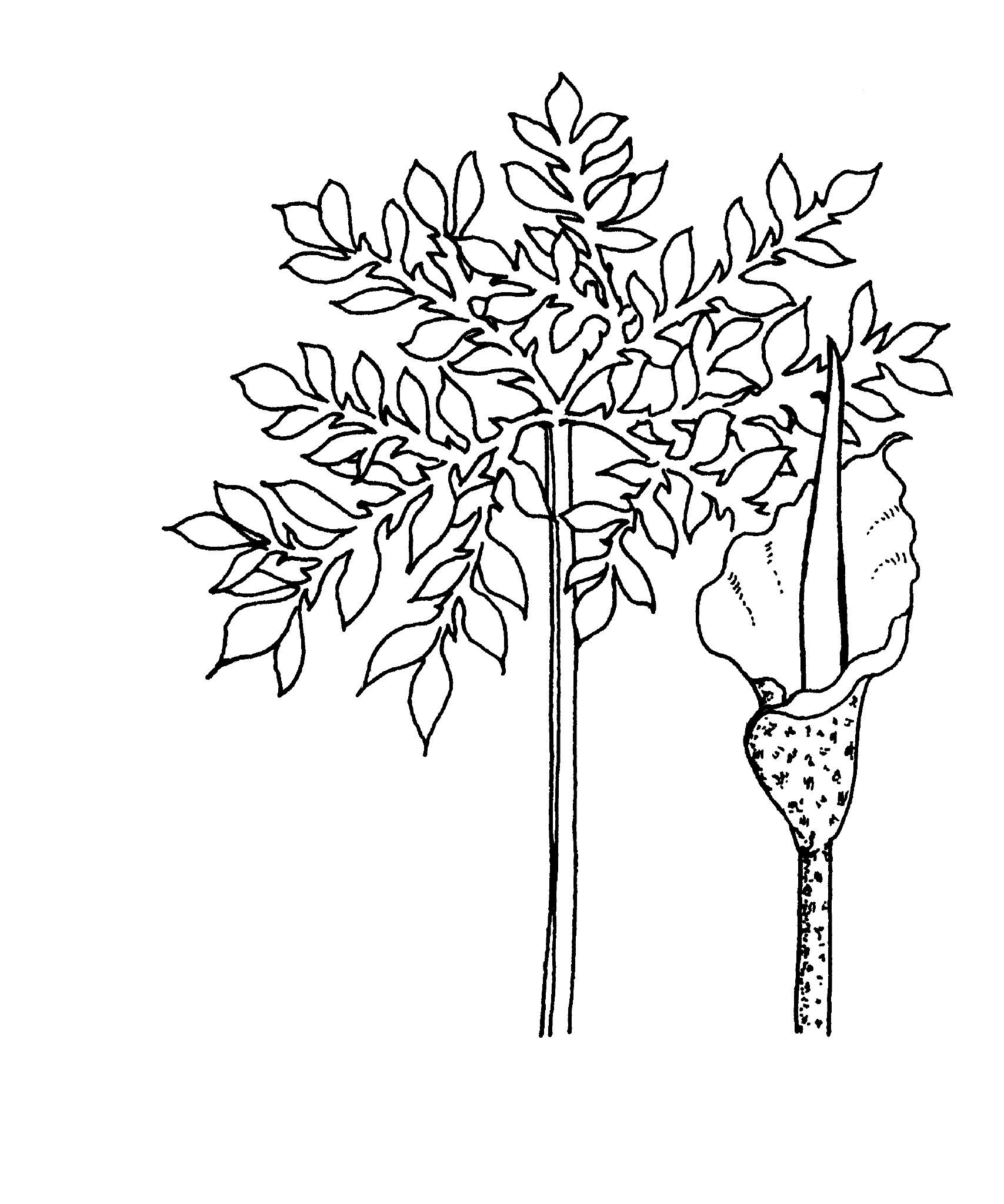