Crocosmia was a popular ornamental in the Victorian era, and many named cultivars bred in Europe were imported.

10 species in southern Africa and Madagascar.

Division of clumps in winter.

Key to the species of Crocosmia 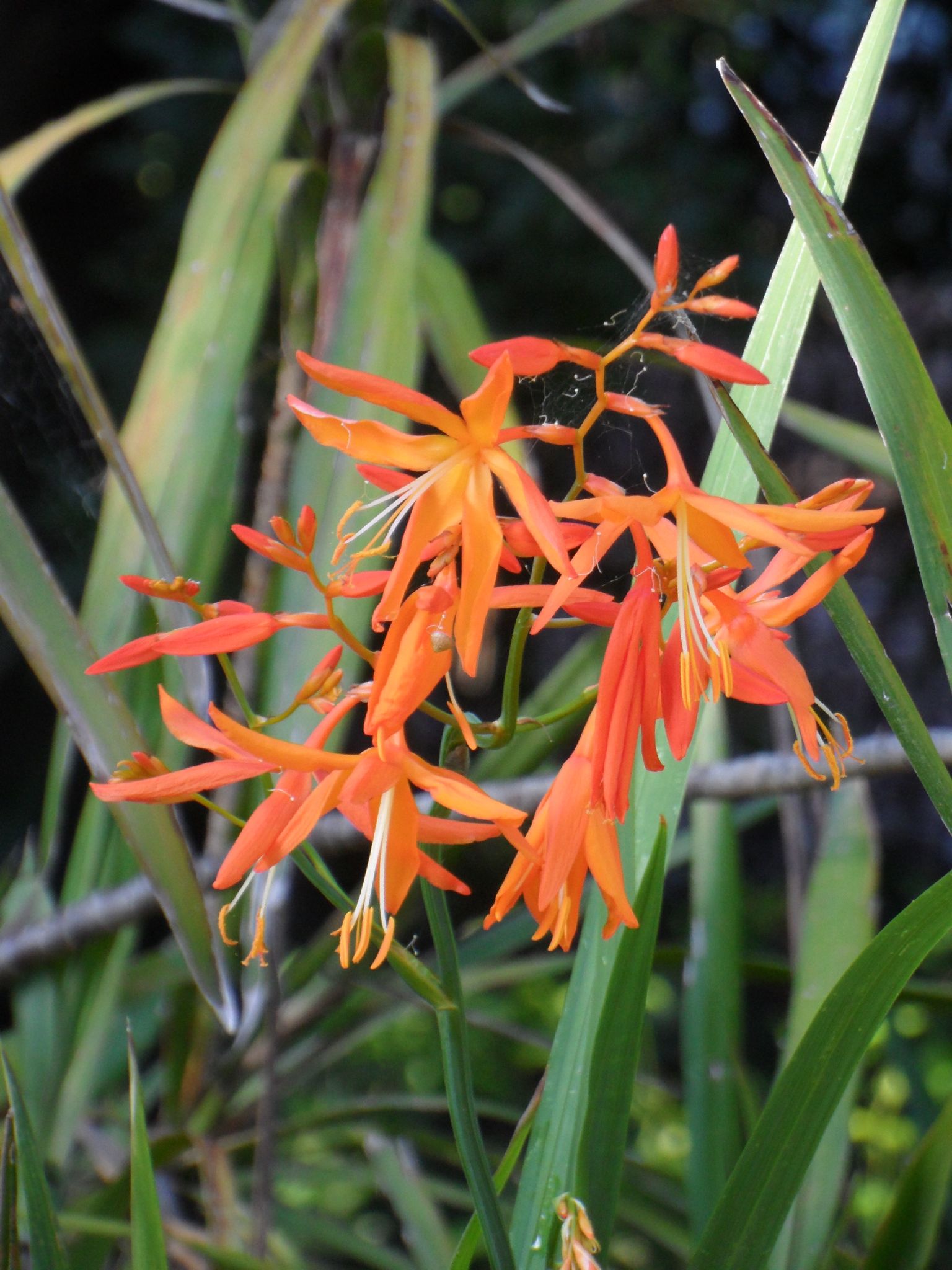