Mostly deciduous shrubs and climbers. Leaves opposite, usually simple and entire, but sometimes lobed or joined at the base (especially the upper leaves which become disk-like); stalks absent or short, occasionally with a pair of fused stipules. Flowers either in axillary pairs, or in terminal spikes or clusters,mostly of whorls of 6 flowers. Sepals 5. Corolla tubular to bell-shaped, the base often swollen and the mouth 2-lipped with a 4-lobed upper lip. Sometimes regular with 5 lobes. Stamens 5. Ovary inferior. Fruit a white, yellow, red or black many-seeded berry.

Grown mostly in temperate climates for the sweetly scented flowers and attractive berries, but they have a range of habits, some being useful climbers, others amenable to clipping and used as hedges.

The following species and cultivars are less commonly cultivated. L. etrusca Santi from the Mediterranean region is a spreading, semi-evergreen shrub with purplish new shoots and flowers often in compact 3s in terminal spikes in summer. 'Superba' has reddish new shoots and flowers cream becoming orange. L. korolkowii Stapf. from montane C Asia is a deciduous shrub with paired axillary flowers and bright red fruits. L. periclymenum L.,Woodbine or Honeysuckle, from Eurasia is the traditionally popular species in the genus but has been superseded somewhat by recent introductions and hybrids. It is a climbing deciduous shrub with hollow stems and fragrant reddish to yellow or white fragrant flowers. The cultivar 'Belgica' is a bushy plant that is highly floriferous. L. rupicola Hook. f. & Thoms var. syringantha Maxim. from the Himalaya forms a dense, rounded mass of tangled branches, the leaves being small, to 2.5 cm long, and often in 3s. Flowers pink to mauve in axillary pairs. L. tatarica L. from Russia to C Asia has leaves that are waxy-blue below and fruits that are red to slightly orange. It has a number of habit and flower colour cultivars; 'Alba' has pure white flowers. L. ×tellmanniana hort. is a cross between L. sempervirens and L. tragophylla with leaves that are waxy-white below and the uppermost ones joined together to form a roundish disk, the latter character being derived from L. sempervirens which is also available. L. xylosteum L. from Eurasia is a deciduous shrub with leaves hairy on both surfaces and flowers borne away from the tips of the branches; summer. Berries red or yellow.

Semi-hardwood or hardwood cuttings, layers or occasionally by division.

Several species have medicinal uses and L. ciliosa, when boiled, is used by American Indians to produce a shampoo.

Ovary with 2-4 chambers; fruit a berry with several to many seeds.

About 180 species, mostly northern hemisphere, but extending to Mexico and the Philippines.

is complicated by the variable range of species available, the numerous hybrids and cultivars and the wide range of unusual species in specialist nurseries. A key would be difficult to construct and impractical. 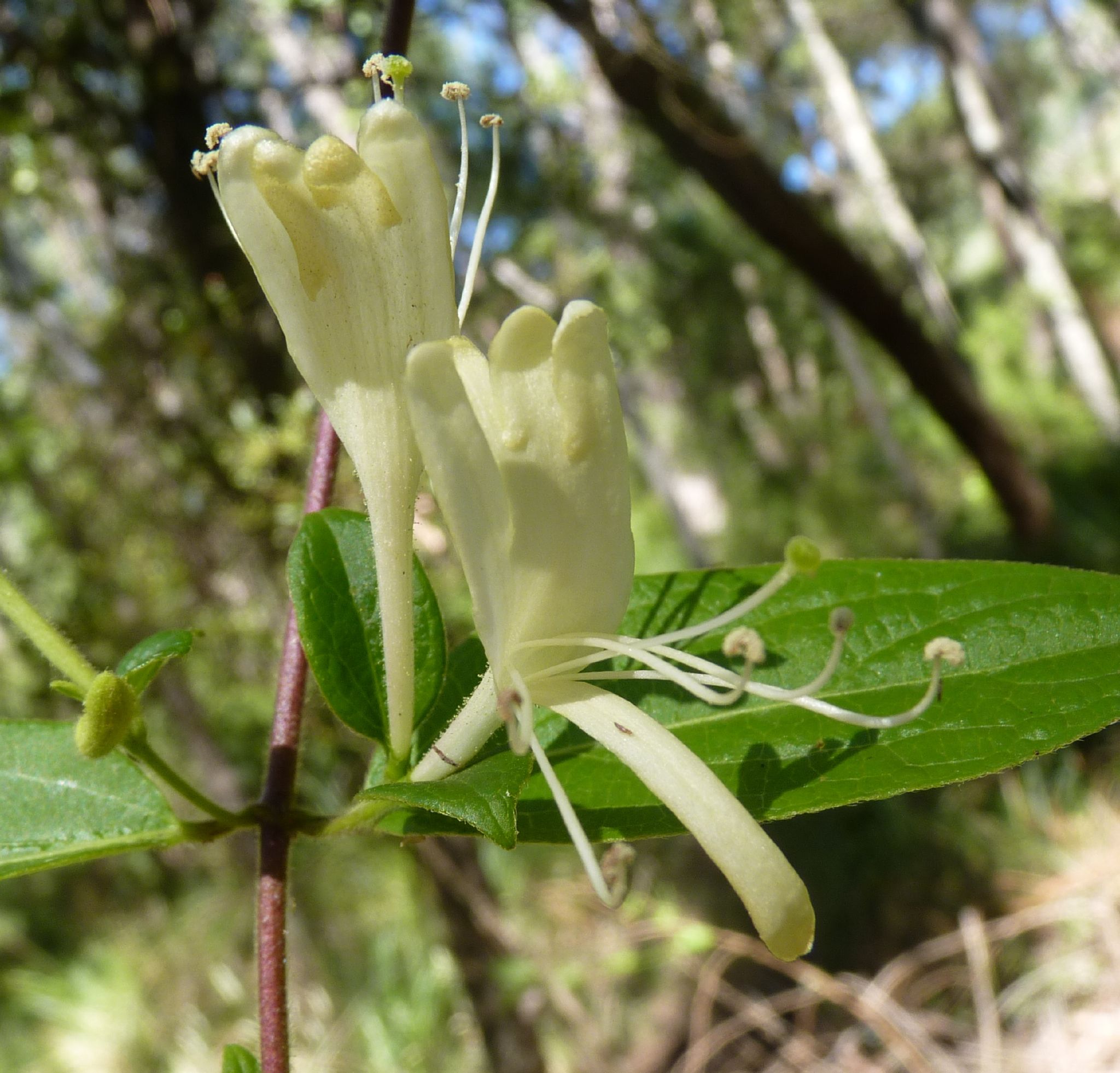