Name of the Malabar God to whom these flowers were offered in religious ceremonies.

Evergreen trees or shrubs. Leaves opposite, occasionally in 3s. Flower clusters of 1-many flowers, often in groups of 3, mostly terminal but occasionally axillary or on the stem. Flowers 4-parted, often fragrant. Calyx mostly red. Corolla mostly red, sometimes yellow or pink. Fruit a drupe with (1)2 seeds.

Grown for the glossy foliage and flowers that are richly coloured and often scented.

About 300 species from tropical regions. 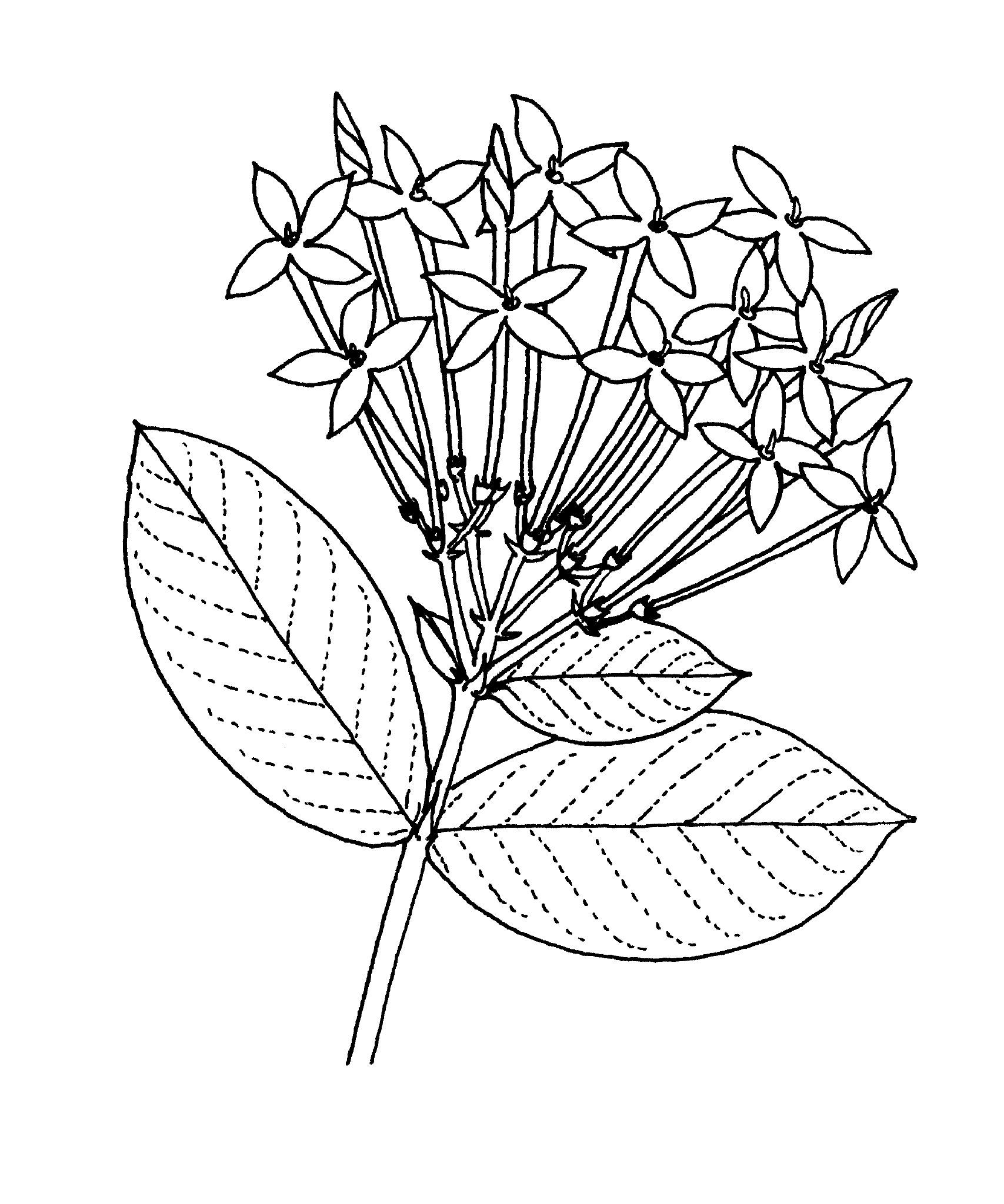