Trees, shrubs or herbs. Leaves opposite or in whorls, simple and mostly entire; stipules present and often fused between the leaves at the nodes, sometimes leaf-like. Flower clusters branched, flat-topped or forming heads. Flowers mostly bisexual and regular (1 sepal may be larger than the others). Sepals 4-5, free. Petals 4-5, fused. Stamens 4-5 and fused to the petal tube. Mouth of the flower often with many hairs. Ovary usually inferior. Carpels 1(2)-many, each with 1 chamber containing 1-many ovules with axile, apical, basal or parietal placentation. Fruit a berry, drupe, capsule or schizocarp; seeds sometimes winged.

Many of the plants are tropical, displaying strong foliage forms, attractive leaf variegations and richly coloured flowers. In cooler climates members of this family are generally grown as indoor pot plants. Less commonly cultivated plants, and those grown in subtropical regions, include: Alberta magna E.H. Mey. from S Africa, a tree with curved orange-red flowers in dense terminal branched clusters - it is sometimes sold as 'Burning Beacon'; Asperula tinctoria L., Dyer's Woad, one of the European Woodruffs, a herbaceous perennial with red roots occasionally grown as a curiosity in the herb garden - it has linear leaves in 4s and 6s; Burchellia bubalina (L. f.) Sim, Wild Pomegranate, from S Africa, a shrub or small tree with glossy dark green leaves and heads of 4-8 showy scarlet to orange tubular flowers; Cephalanthus occidentalis L., Buttonbush, from N America, a shrub or small tree with glossy leaves and creamy yellow flower heads; Galium odoratum (L.) Scop., Cleavers (Sweet Woodruff, Woodruff), a common weed with fine, prickly hairs that hold stems and leaves on clothing [Asperula odorata L.]; G. verum L., Lady's Bedstraw, from Europe to Iran, occasionally cultivated in herb gardens; Nauclea orientalis (L.) L., Leichhardt Tree (Canary Cheesewood), from WA, the NT and Qld, which has attractive dark green ovateelliptic leaves and yellow flowers in dense rounded heads; Pavetta, a tropical genus that is similar to, and sometimes combined with Ixora - several species are grown for their sweetly scented flower heads; the erect or scrambling shrub Mussaenda, which has several species and cultivars that are popular in the tropics where it is grown for the brightly coloured and enlarged sepals; Pentas, popular in the tropics with, notably, P. lanceolata (Forssk.) Deflers from tropical E Africa and Yemen available in a range of flower colour cultivars; and Rubia tinctorum L.,Madder, from W Asia, a herbaceous perennial to over 1m tall, grown occasionally in herb gardens and once used as the source of a red dye used by artists.

Coffea arabica and C. canephora are the source of commercial coffee beans. Species of Cinchona are the source of the drug quinine once used in the treatment of malaria. Fragrant-smelling species such as those of Gardenia are sources of perfumes etc. Other species are sources of dyes and medicinal compounds including the emetic ipecac, extracted from Psychotria ipecacuanha.

The family has distinctive stipules, generally between the opposite leaves (interpetiolar stipules).

About 50 genera and 7000 species, mostly from the tropics and subtropics with some species from temperate regions and a few from the Arctic and Antarctic.

Key to the genera of Rubiaceae 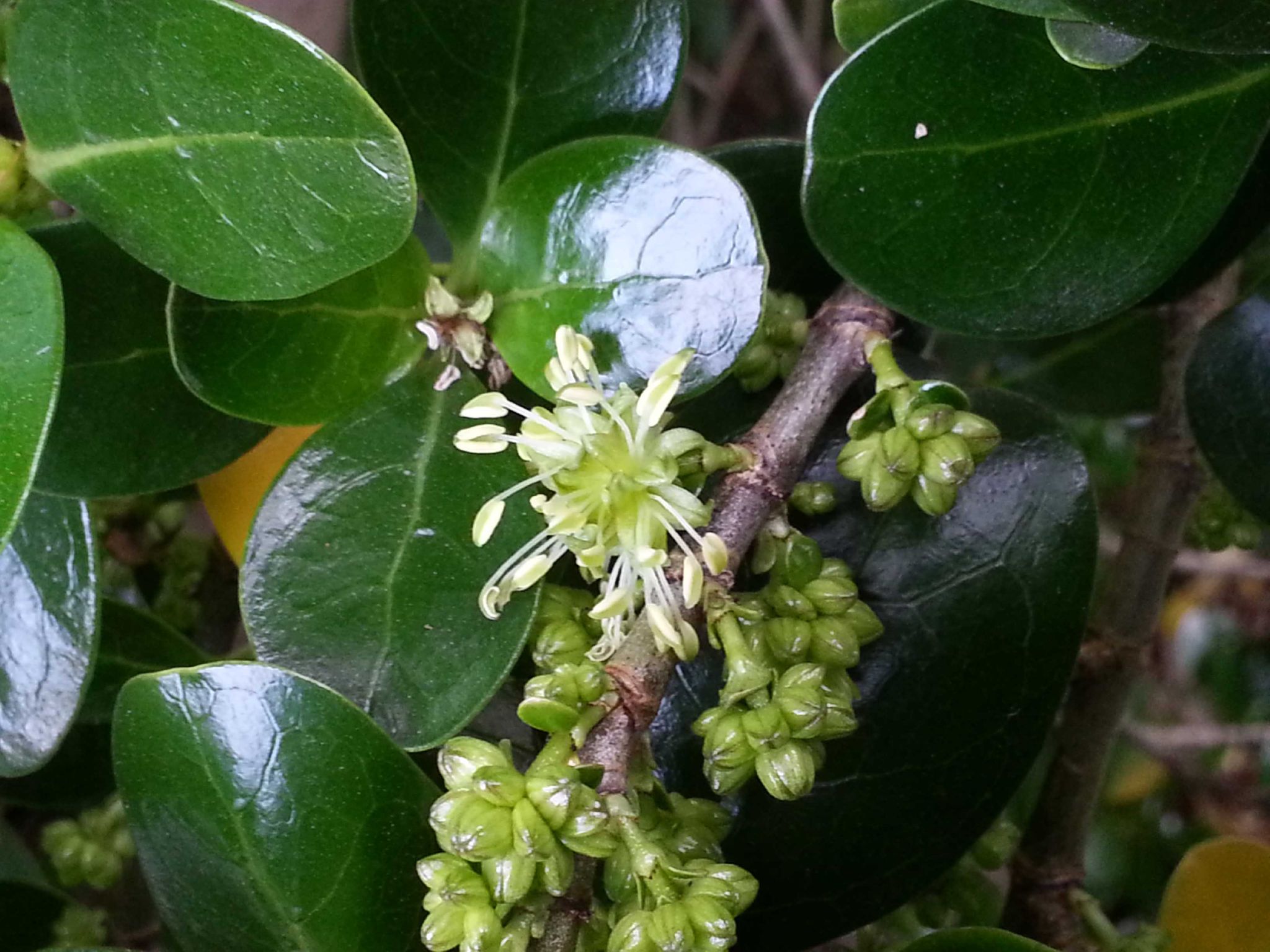