Perennial herbs, shrubs and subshrubs with jointed stems. Leaves opposite, oblong to ovate and mostly entire. Flower clusters axillary or terminal, sometimes branched. Sepals 5, variable. Flower tube varying in length and curvature, the flowers 2-lipped, campanulate and in a range of colours from white to mauve and scarlet or lined. Stamens 2, each with 2 anther sacs. Fruit a capsule with 2 or 4 seeds. [Adhatoda Miller, Beloperone Nees, Jacobinia Nees]

A genus that was once split into a number of other genera that are familiar in horticulture, including Adhatoda, Beloperone and Jacobinia.

Flowers 2-lipped, with 2 fertile stamens attached at the middle to base of the floral tube.

About 420 species from tropical and subtropical areas and warm-temperate N America.

Key to the species of Justicia 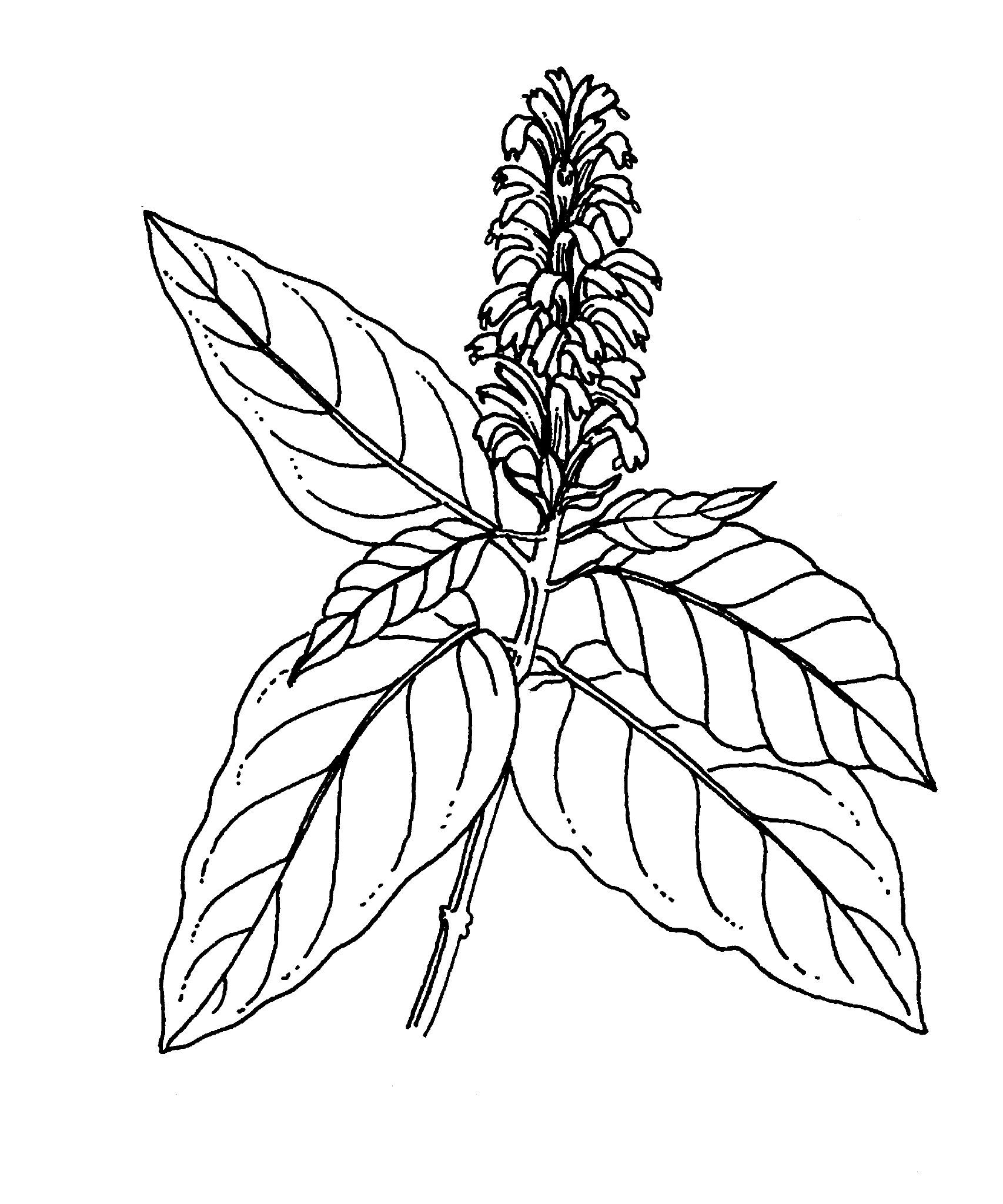