Tree to 15 m or more tall. Bark brown-red, slightly furrowed. Winter buds dark brown. Young shoots green to dark brown. Leaves to 25 cm long. Leaflets mostly 7-9, oblong to elliptic or narrowly lanceolate,10-12 cm long, 3-5 cm wide, generally finely toothed, except at the base,more or less hairy below, at least on the midrib. Stalks to 6 mm long, often hairy, at least the lowermost ones narrowly winged. Flowers appear before the leaves. Fruit 3-4 cm long, broadest at or above the middle, rounded or notched at the tip, wing joining nutlet about halfway down. [F. lanceolata Borkh.]

Grows naturally in moist soils near the edge of watercourses.

Sometimes used as the stock for cultivars.

Often confused with F. americana as both species are variable and intergrade. F. americana, White Ash, differs in having leaflets with papillae (small glands) below, although they are indistinct to the naked eye. F. pennsylvanica has leaf scars on old shoots that are generally hemispherical with a more or less straight upper edge (not narrow and U-shaped); the fruits are generally longer and narrower, and the wing of the nutlet is mostly 5-7 mm wide, extending at least halfway down the seed as a very narrow but distinct wing (F. americana has wings 5-10 mm wide attached up to halfway down the seed only). 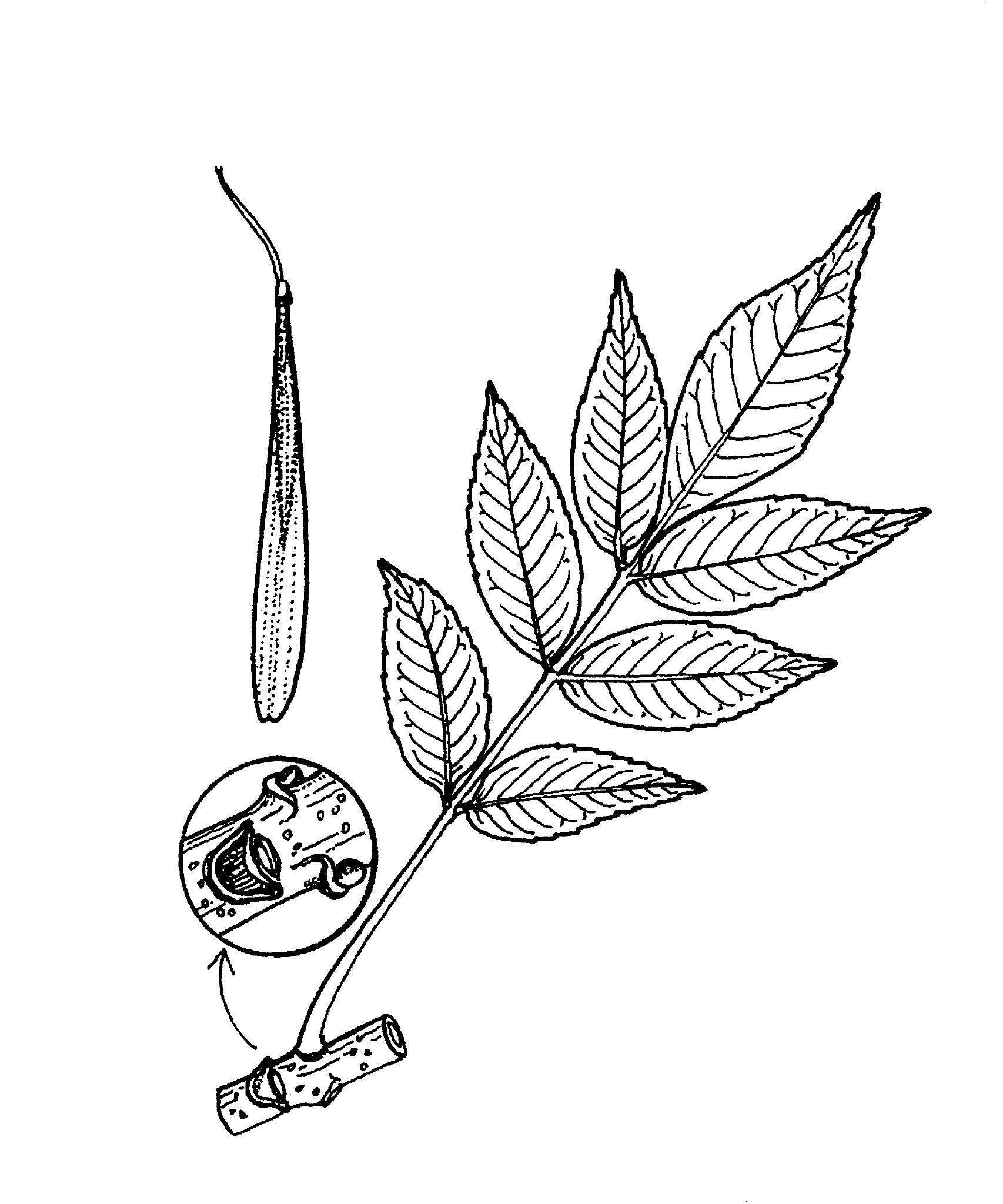