Mostly deciduous trees (F. uhdei and F. griffithii are evergreen) or rarely shrubs. Winter buds black, brown or grey and with 1-2 pairs of thick bud scales. Branchlets flattened at the nodes. Leaves opposite (occasionally in 3s), compound, odd-pinnate. Flowers small, bisexual or unisexual in axillary or terminal clusters on the same or separate trees. Stamens 2. Fruit a 1-seeded 'key' (samara) with a long wing at the tip.

Grown in parks, gardens and as street trees for the relatively small size and attractive leaves in autumn.

Seed (which is short-lived); cultivars by budding and grafting, chiefly onto F. angustifolia although F. ornus has a less invasive root system and could be used more.

Some species are used for timber.

SA: Mt Lofty Botanic Garden has about 20 taxa. VIC: A good selection of mature trees may be seen at Queens Park, Moonee Ponds.

About 65 species from the northern hemisphere, especially temperate Asia and N America.

Key to the species of Fraxinus 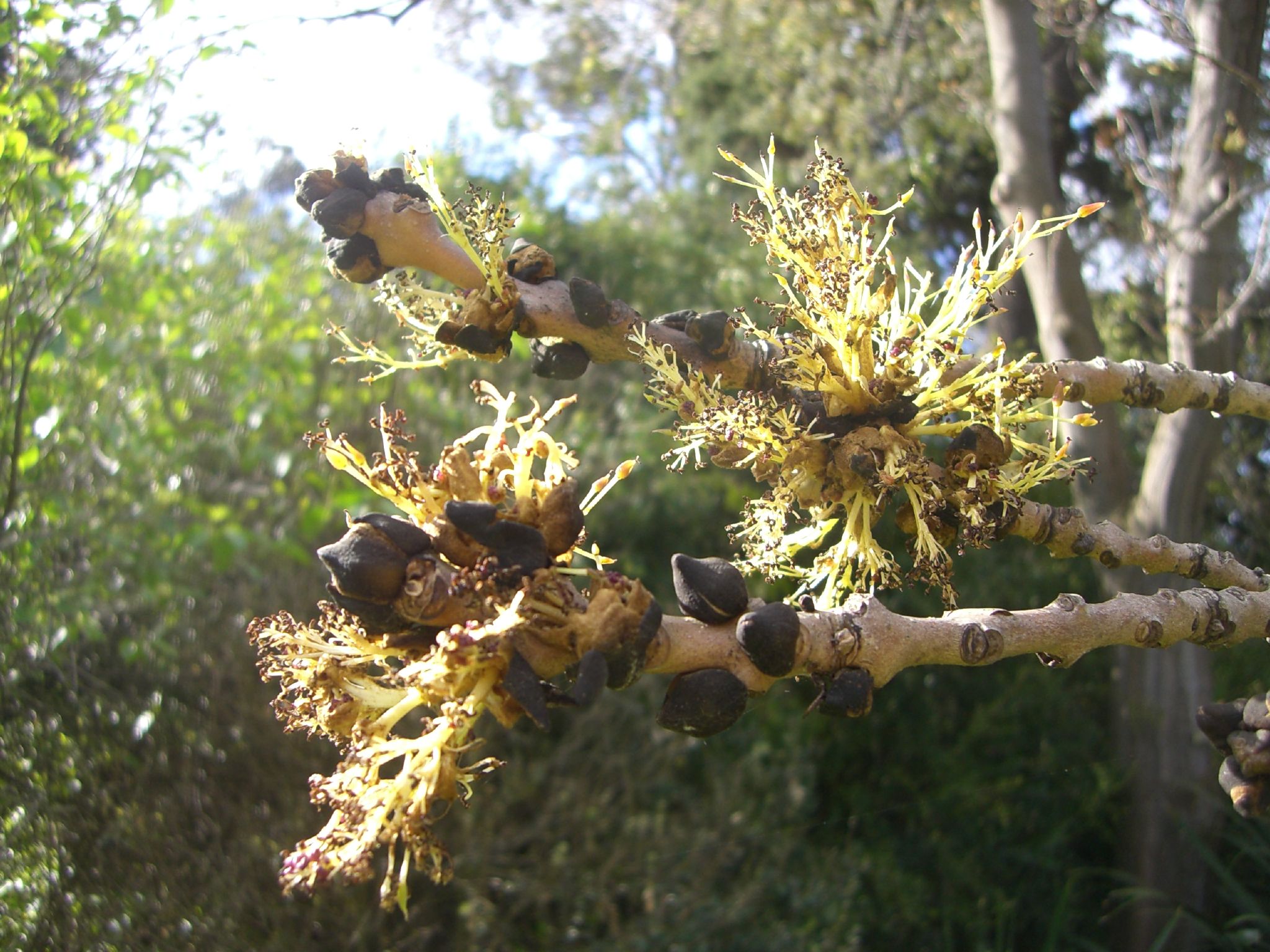