Referring to the similarity of the genus to Viburnum lantana.

Grown for the colourful flower heads and sometimes used for hedging. Most species are reported as poisonous to livestock.

About 150 species from tropical America and Africa.

Key to the species of Lantana 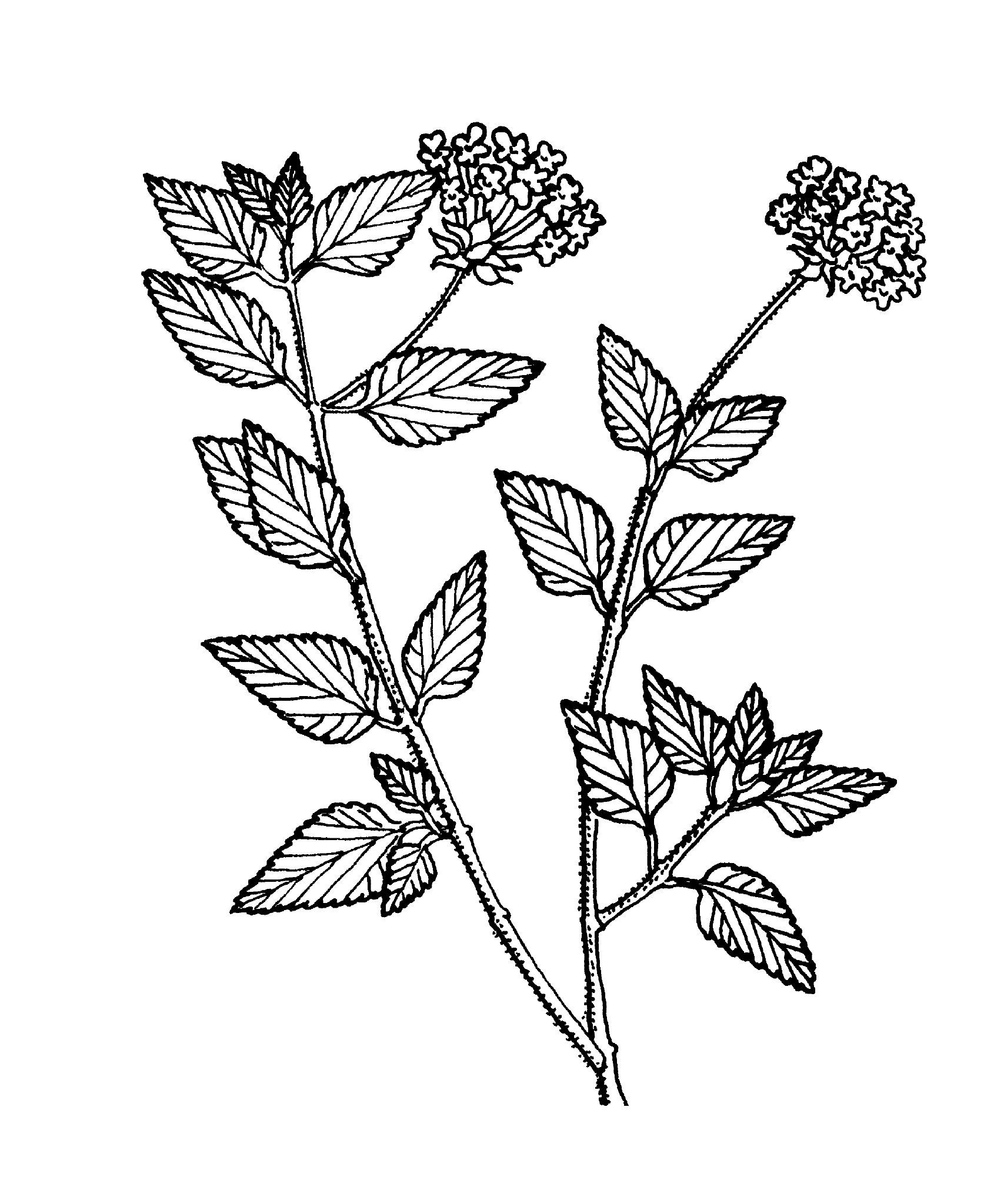