Annual or perennial herbs and shrubs, occasionally trees or vines, often aromatic and sometimes with prickles or thorns. Non-glandular hairs exclusively unicellular.  Stems often square in section and with a line across the node, the twigs 2-angled. Leaves opposite-decussate or whorled, simple or compound, entire to toothed or lobed; stipules absent. Inflorescence indeterminate, flowers terminal or axillary, in a raceme, spike or head, often with an involucre (sometimes coloured). Flowers irregular, bisexual. Sepals united, with (4–)5 lobes. Corolla bell-shaped or tubular. Petals united into a narrow tube with 4-5 spreading lobes, often 2-lipped (often less so than in Lamiaceae). Stamens 4 (2 long, 2 short) or rarely 5, fused to the petals, sometimes with staminodes. Filaments arising from the corolla tube, alternating with the lobes; anthers dehisching by longitudinal slits, usually not exserted. Ovary usually superior, of 2 fused carpels with 2 locules per carpel but appearing as 4 due to false walls, but sometimes 1 carpel suppressed and then appearing only 2-locular, placentation axile; ovules attached on the margins of false septa; style 1 with conspicous, wel-developed 2-lobed stigma, exclusively terminal. Fruit a drupe with 2 or 4 pips, or schizocarp of 2 or 4 nutlets.

The family has recently been recircumscribed, and nearly two-thirds of the genera including Callicarpa, Caryopteris, Clerodendrum, Gmelina and Holmskioldia have been transferred to Lamiaceae in order to make Lamiaceae monophyletic. This treatment follows Stevens, P.F. (2018, Angiosperm Phylogeny Website).

Timber is harvested from Citharexylum, Fiddlewood; essential oils, flavourings and teas are extracted from several species, notably Aloysia triphylla; various medicines and herbal remedies from, amongst others, Verbena; and edible tubers from Priva. Other species produce edible fruits, gums and tannins.

Verbenaceae are often aromatic, the opposite leaves are usually serrate, the stem is often square in cross-section, and with a line across the node.  As redefined the Verbenaceae can be distinguished from Lamiaceae by their inflorescence types, ovule attachment, type of style and stigmatic surface, and type of nonglandular hairs.

About 30 genera and c. 920 species, cosmopolitan, but most diverse in tropical regions especially in South America; 8 genera in Australia.

Key to the genera of Verbenaceae 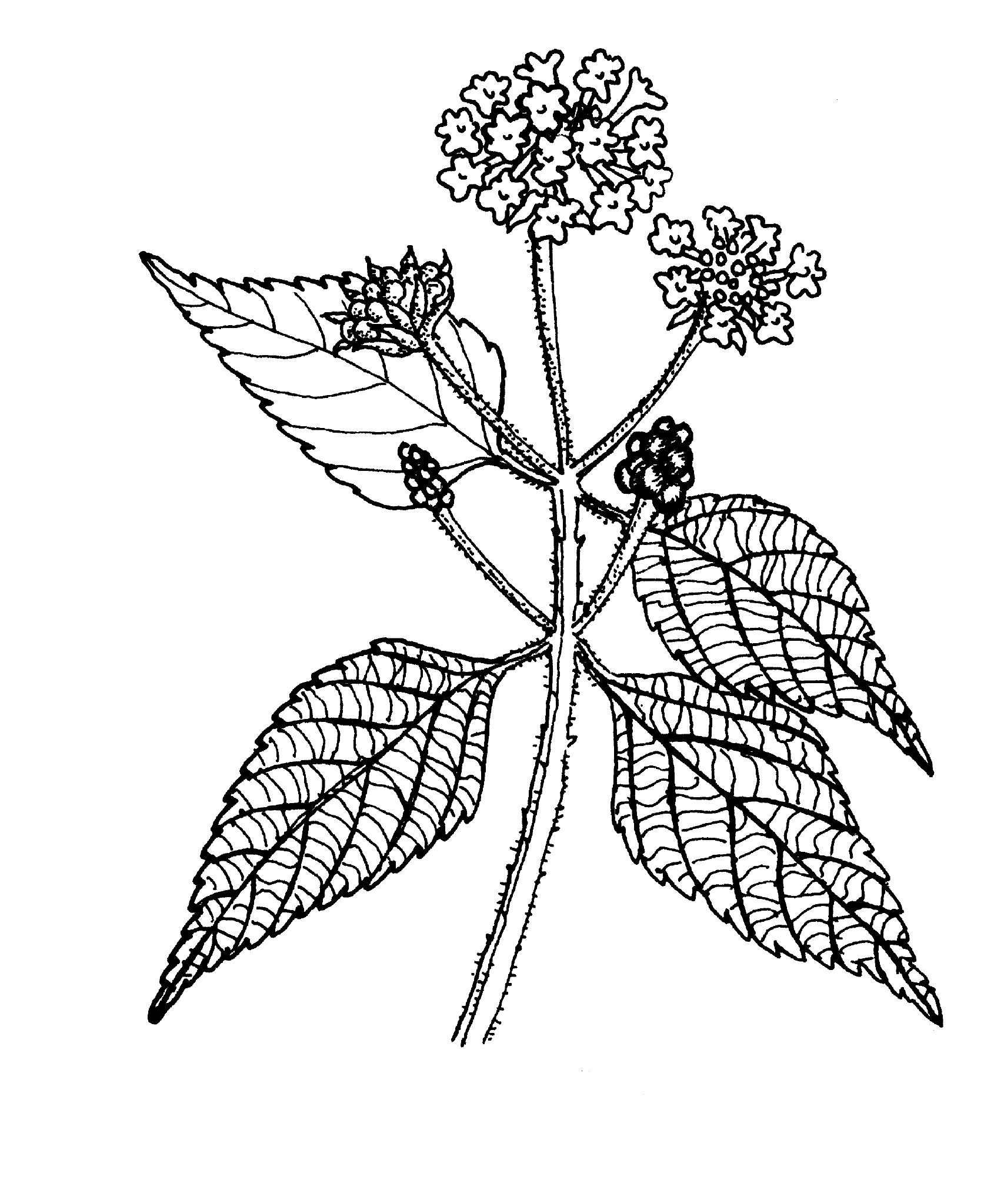