From the Maori name, Korokia-taranga.

Shrubs with branchlets white-hairy. Leaves alternate, the stalks and lower surfaces with a felt of white hair. Flowers small, in axillary or terminal clusters or solitary, the stalks white-hairy. Parts in 5s. Ovary with 1-2 chambers. Style with 2 lobes. Fruit an oblong drupe with persistent sepals.

Sometimes placed in the family Cornaceae.

Grown for the interesting leaves and, in the case of C. cotoneaster, the unusual tangled habit which, in the wild, is thought to protect new shoots from browsing fauna. C. ×virgata Turrill is a natural hybrid, C. buddleioides × C. cotoneaster, that grows in various N Island localities and in general has leaves similar to those of C. cotoneaster but with the branches mostly straight, not so wide-spread or zig-zag. A number of clones have been derived from this hybrid, notably 'Cheesemanii', a clone selected from a natural population that has been in cultivation since at least 1926; it is a dense shrub and a prolific flowerer.

Key to the species of Corokia 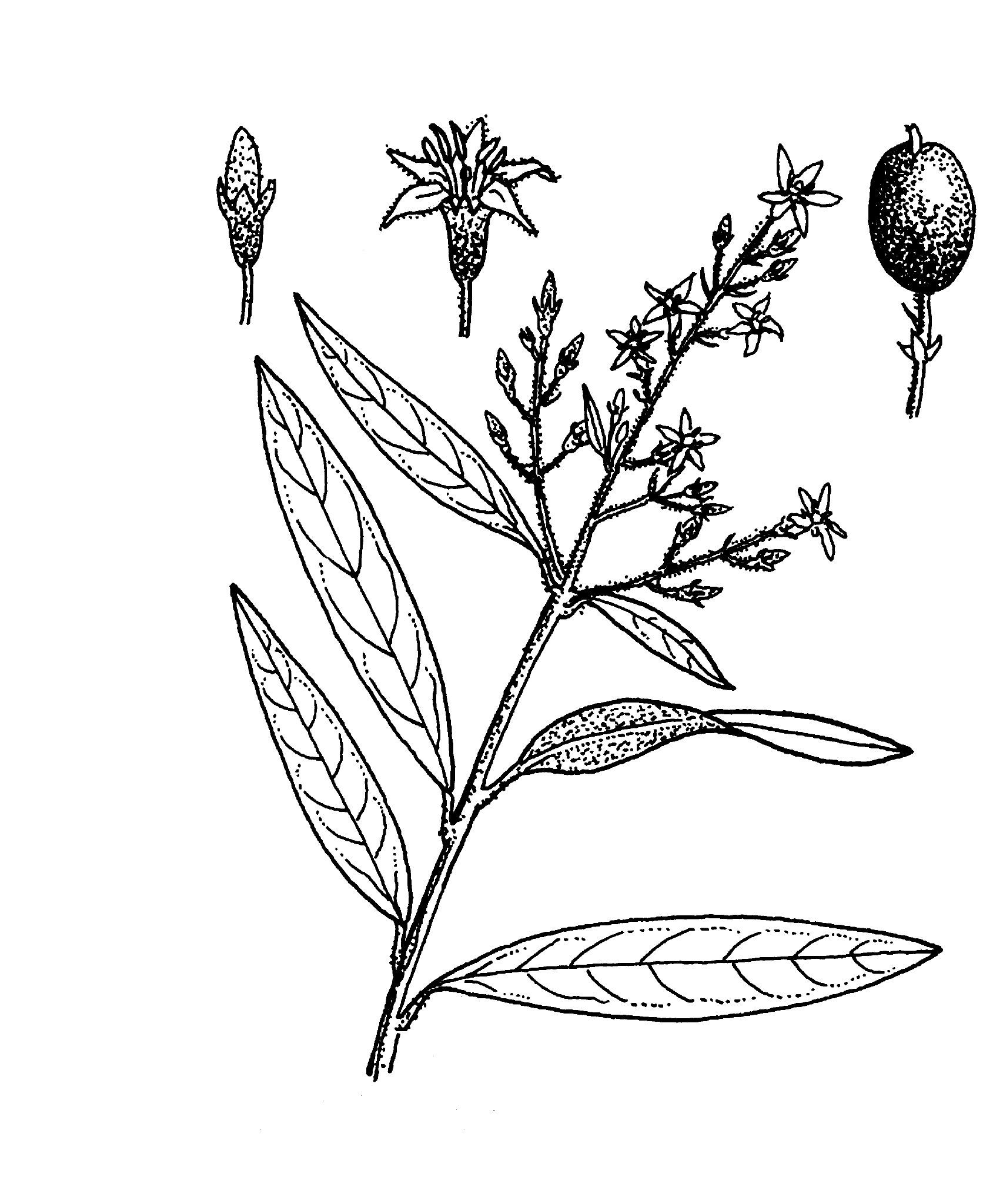