Shrubs with stems and branches either flattened to form cladodes, or cylindrical and green with reduced leaves. Leaves alternate or opposite, scale-like, simple or of 1 short-stalked leaflet; stipules minute. Flowers 1-few, axillary. Sepals with upper 2 fused. Petals mostly orange to yellow, often with dark red to purplish markings. Stamens fused into a tube or sheath that is split on the upper side, anthers attached to filaments in the middle. Fruit pod generally flattened.

Grown for the unusual rich displays of flowers.

About 50 species endemic to Australia and found in all states except the NT. 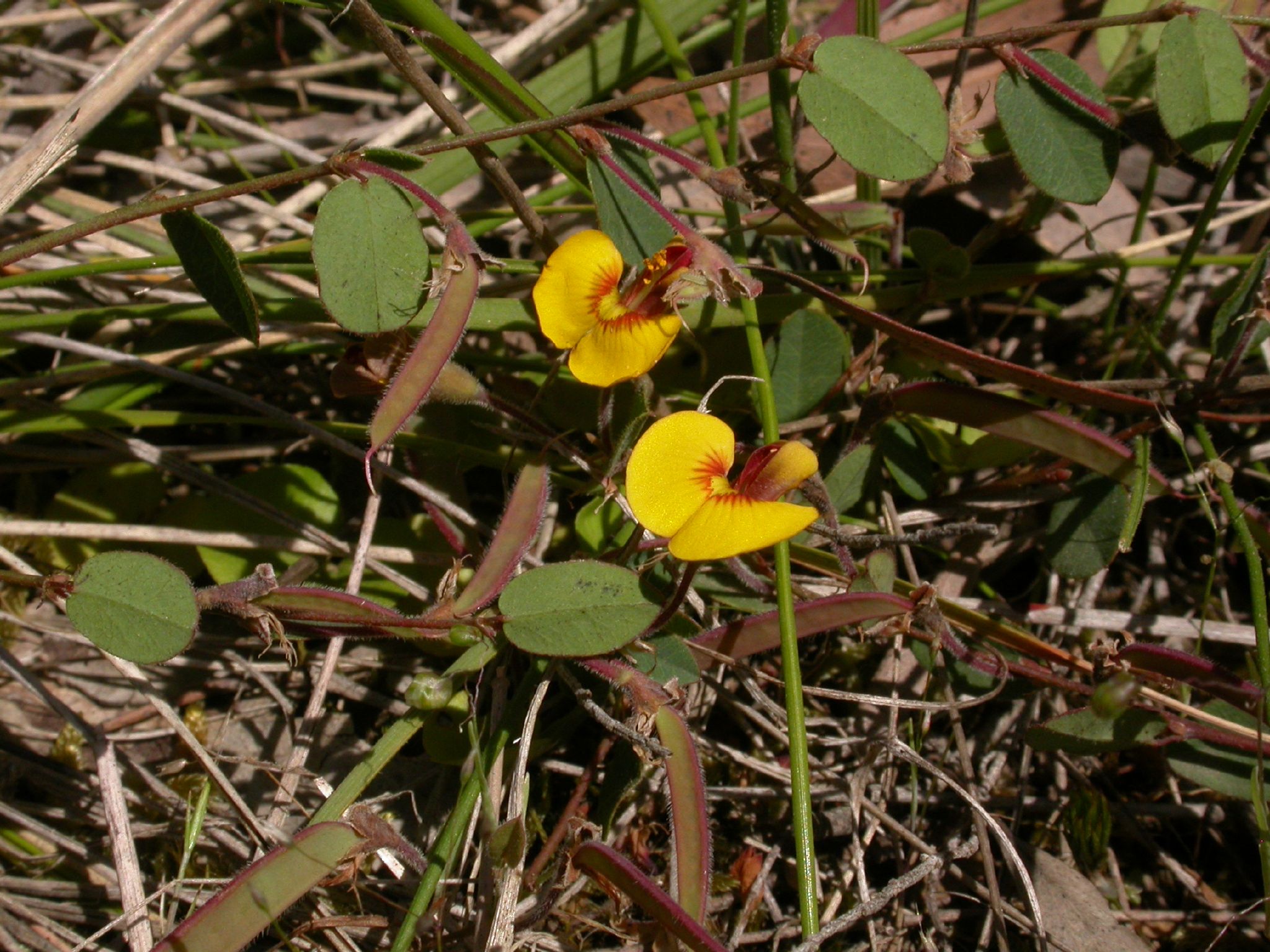