Medium to low more or less evergreen shrubs. Leaves opposite, simple, entire; stipules absent. Flowers in terminal clusters or occasionally solitary. Sepals 3 or 5. Petals 4-5, roundish, crinkled often with a blotch at the base. Stamens numerous. Ovary with 5 placentas and numerous ovules. Style with stigma 5-10 lobed. Fruit a capsule splitting into 5(10) valves.

Plants sold as C. villosus may be C. incanus.

Cistus ladanifer, Laudanum, is the source of the resin laudanum used in perfumery and cosmetics and once in medicine; C. incanus subsp. creticus has a similar resin. The leaves of C. salviifolius are used locally as a tea substitute.

The OPCA National Collections of Cistus are held at the Garden of St Erth, Blackwood, Victoria and also by Mrs Una Kitchen who has 12 species and over 20 other taxa.

About 20 species from Europe and the Mediterranean region (16) including N Africa.

The key includes a range of the most frequently cultivated species (mostly not described in detail in the text) and should be used with caution as other species may be encountered. Identification is often complicated by hybridisation, both in cultivation and in the wild; plants grown from seed may not come true to type. Intergeneric hybrids with Halimium (×Halimiocistus) are also known to occur but are not recorded for Australia.

Key to the species of Cistus 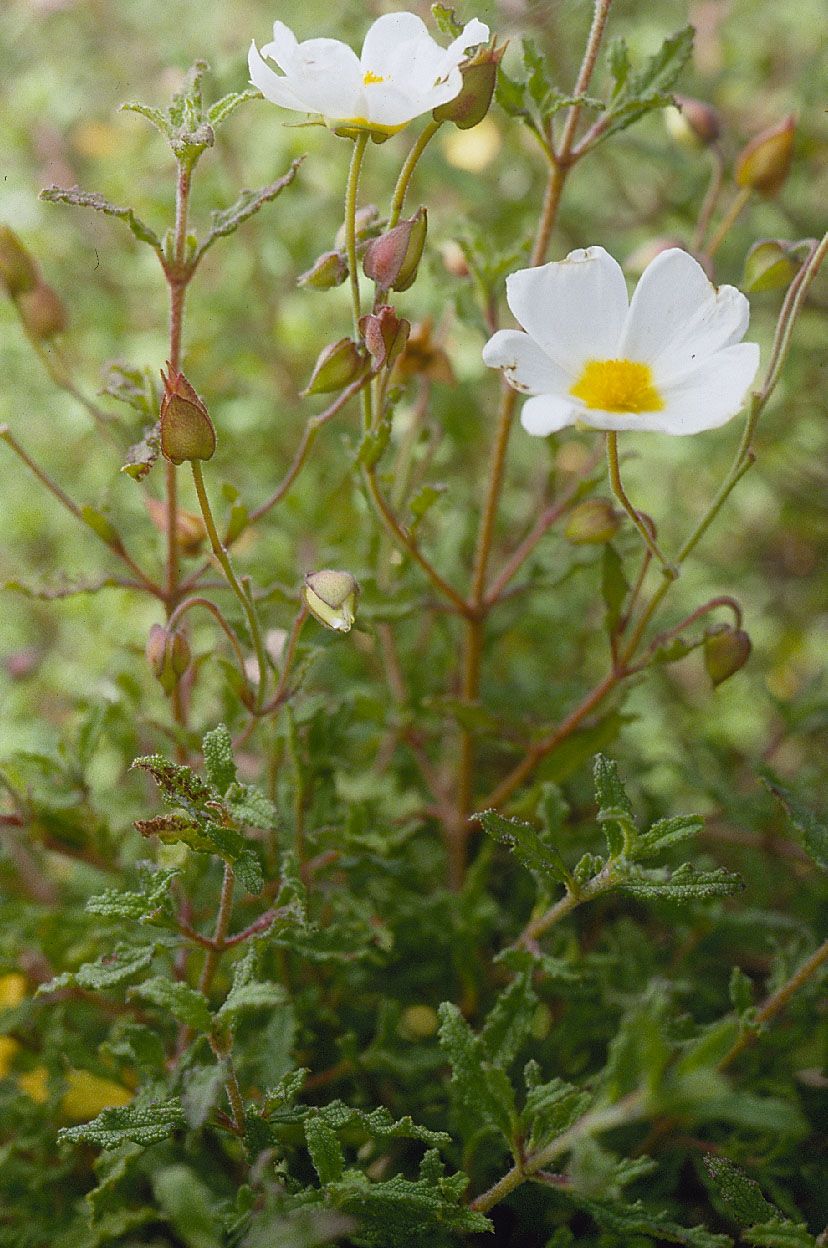