Shrubs or occasionally herbs. Leaves mostly simple, opposite, frequently with glands, hairs or both; stipules often present. Flowers bisexual, regular, solitary or in clusters, showy, short-lasting. Sepals 5(3) (2 often smaller than the others), free. Petals 5(3,0), mostly white or dark pink to magenta or purplish and with a yellow or dark blotch at the base, crumpled in bud, free. Stamens mostly numerous, free. Carpels (3)5-20 fused together. Ovary superior, with a single chamber containing 2-many ovules with parietal placentation; style 1. Fruit a capsule splitting lengthwise with 5 or 10 valves.

Tuberaria lignosa (Sw.) Samp. from the Western Mediterranean is occasionally offered; this genus differs from others in the family by having a rosette of basal leaves and a stalkless stigma; the flowers of this species are yellow and about 3 cm wide with unspotted petals.

The fragrant resin laudanum is used in perfumery and cosmetics and was also once used in medicine.

7 genera with about 175 species from temperate and warm temperate zones, mostly dry, sunny areas of the Mediterranean.

Key to the genera of Cistaceae 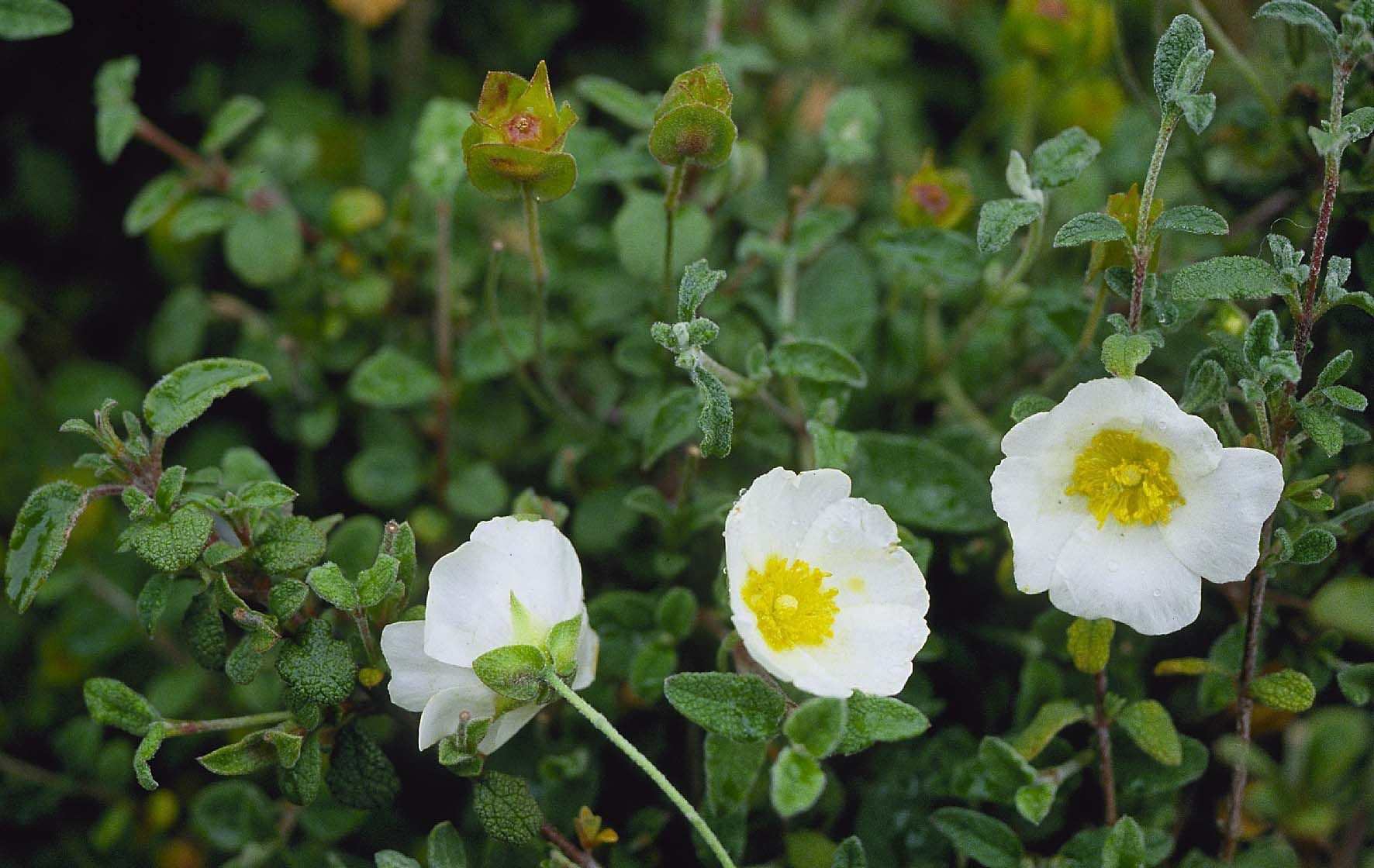