Classical name for the mallow.

Evergreen (tropical) or deciduous (temperate) annual or perennial herbs, shrubs or occasionally trees with star-shaped hairs. Leaves alternate, shallowly or deeply toothed or lobed, occasionally palmately lobed. Flowers in the leaf axils, solitary or in clusters. The epicalyx with about 5-20 free or united bracts. Sepals 5, deeply or shallowly cut, persistent. Petals 5, white to yellow, red, purple or blue, often with maroon basal spots. Staminal column shorter or longer than the petals. Secondary petals are sometimes referred to as petaloids. Carpels 5; styles mostly 5-branched. Fruit a 5-valved capsule, roundish with each chamber having 3 or more seeds.

The attractive but rare and threatened H. insularis, Norfolk Island Hibiscus, is actually from Phillip Island near Norfolk Island; it has mauve-centred white flowers and 3-4 cm long ovate, round-toothed leaves and is conserved in Australian botanic gardens and occasionally commercially available.

Hibiscus trionum, Bladder Ketmia, an annual or short-lived perennial, has a pronounced balloon-like inflated calyx and whitish petals with a dark purple throat; it is occasionally grown as an annual but has become a widespread weed and is not to be encouraged.

The history of Hibiscus in Australia dates back to the time of John Macarthur of Camden Park near Sydney when he imported the single red now known as 'Camdenii'. Hazlewood Nurseries of Epping, New South Wales listed 33 cultivars in their 1930s catalogues. Major interest began with the arrival of the large flowering 'Cameo Queen', 'Mrs George Davis' and 'Mrs Tomkins' in the late 1940s. The importation of cultivars from India and Ceylon by the Brisbane City Council increased interest during the 1950s. In 1959 Hibiscus Park imported some Hibiscus belonging to a collection of Mrs Hedstrom of Suva, Fiji. The collection included: 'Rai Wha', 'Chorus Girl', 'Swan Lake', 'Fantasia', 'Fijian White', 'Fijian Pink', 'Ruby Rose' and 'Perfecta'. In 1960 imports by Hibiscus Park from Hawaii included 'Surfrider', 'Golden Belle', 'Mollie Cummings', 'Catavki', 'White Kalakaua', 'King Kalakaua', 'Vasco', and 'Mary Estrella'. Whalan's Wallsend Nursery of Newcastle, New South Wales imported plants from California in the 1960s including 'Crown of Bohemia', 'Full Moon' and 'Californian Gold'. In 1963 the Australian Hibiscus Society was formed. Jim Howie, founder president, was well known for crossing new imports with the older, hardier cultivars to produce a range of cultivars easier to grow in the home garden. Through the Hibiscus Society of Australia many new cultivars were produced although not all were commercially successful and were sought after by collectors only. Florida cultivars were first introduced in 1978: they were developed by members of the American Hibiscus Society and their new range of colours and forms provided good material for breeding experiments. Both the American and Australian societies have seed banks for their members. Today Australian breeders are amongst the best in the world producing some of the finest modern cultivars.

Annuals by seed. Herbaceous perennials by seed and division. Shrubs can be propagated by seed except for the named cultivars which may be perpetuated by cuttings, grafts or layers.

Various species used for medicine, timber, fibres and food. The vegetable Okra is obtained from H. esculentus; fibre from H. cannabina as well as a potential source of paper pulp. Timber and fibre from H. elatus and H. macrophyllus.

Bates (1965), Beers & Howie (1985), publications of the Australian Hibiscus Society, including its bi-monthly journal The Hibiscus.

Key to the species of Hibiscus 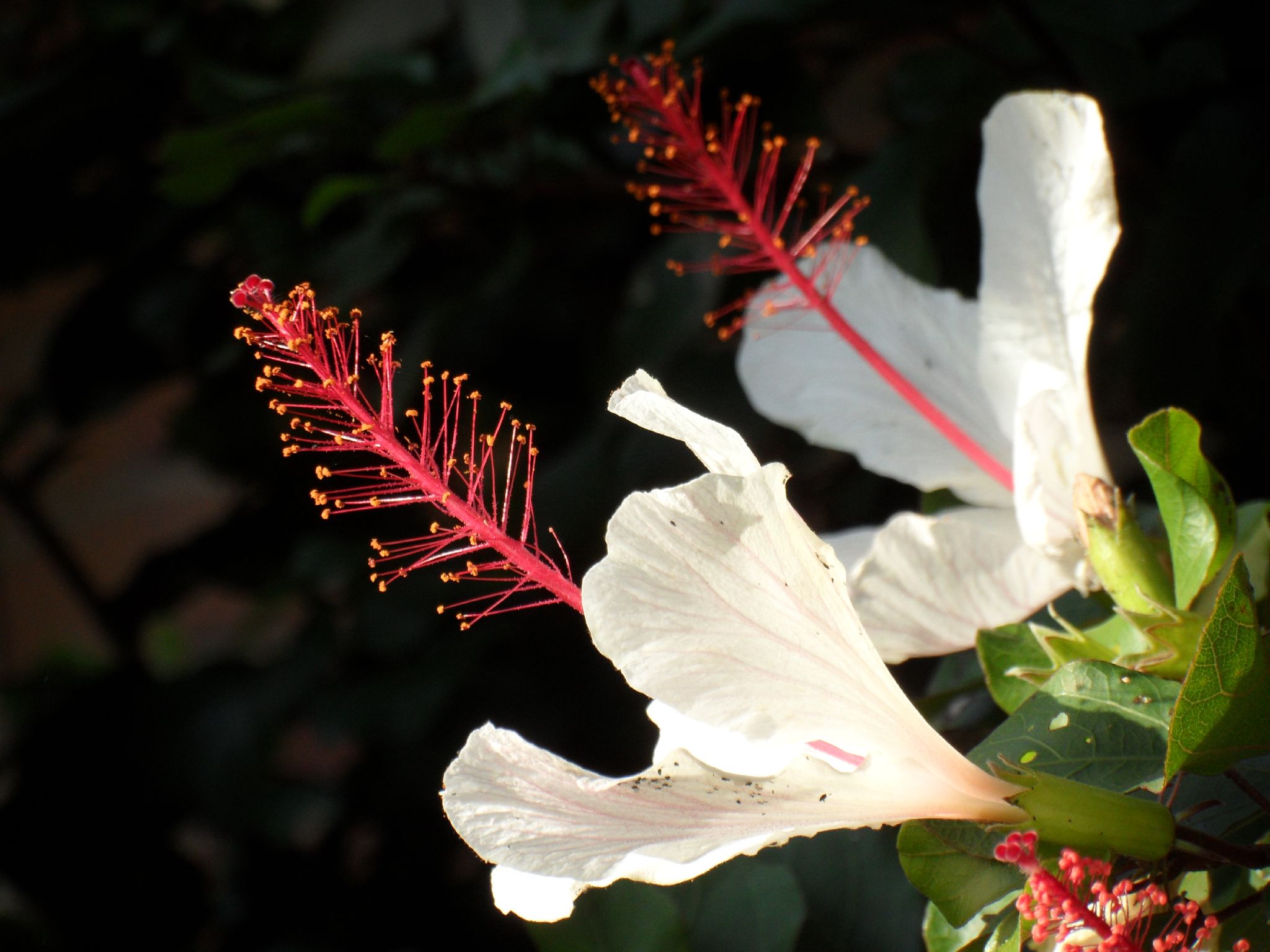