Classical Latin name from rumex—javelin, in reference to the shape of the leaves.

Perennial or occasionally annual herbs, rarely shrubs, usually with thick rootstocks. Leaves generally initially in a basal rosette, later on flowering stems and decreasing in size towards tip of stem, linear to ovate, often arrow-shaped; stalk without a joint. Ocreas shortly tubular, soon shed or lacerate. Flowers bisexual or occasionally unisexual, small, reddish or green, on jointed stalks and arranged in whorls in branched or simple clusters. Perianth segments 6 in two rings, the three inner ones much larger, eventually becoming hard or papery, surrounding the fruit and often characteristic for a species. Stamens 6. Styles 3, feathery. Fruit a 3-angled nut.

The genus is often treated in a wide sense to include Acetosa and Acetosella.

R. scutatus L., French Sorrel, from Eurasia is occasionally cultivated; it grows to 1 m tall and has fleshy rather waxy leaves that are sometimes used as greens.

Annuals by seed and perennials by division.

About 170 species cosmopolitan but mostly northern temperate (Australia 13 species all states, 7 of which are naturalised).

Key to the species of Rumex 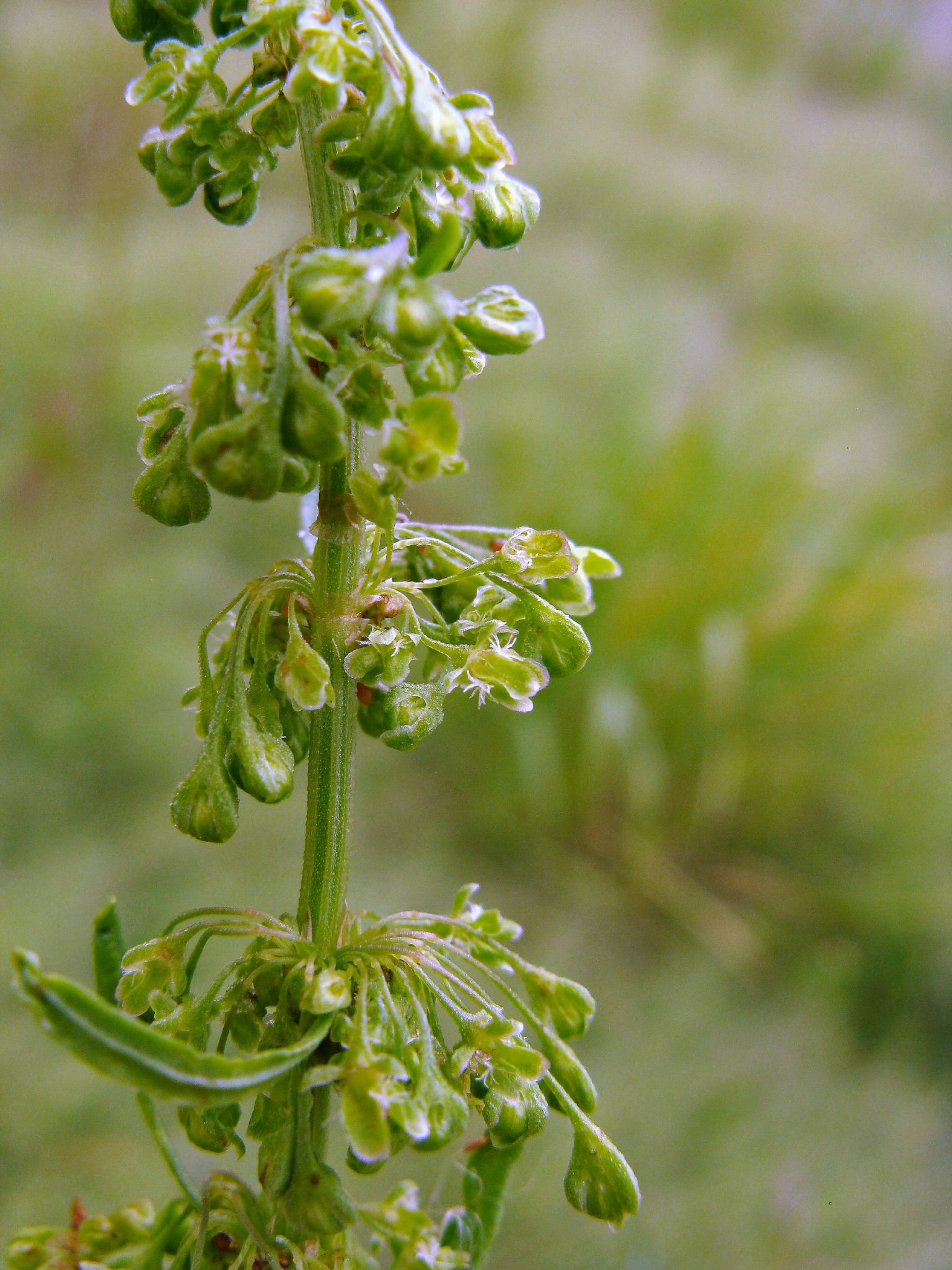