Annual or perennial herbs or shrubs, hairless or with silvery scurf. Leaves alternate, rarely opposite. Male and female flowers on same or separate plants. Flowers axillary or terminal, solitary or in clusters, unisexual. Male flowers with 3-5 segments, stamens 5. Female flowers mostly without perianth segments and consisting of 2 fused or free bracteoles which sometimes have dorsal appendages. Fruit mostly membranous, variously lobed or horned.

A. semibaccata R. Br., Berry Saltbush, which grows naturally in all states except NT and introduced to Tasmania, is occasionally grown; it is a prostrate, mat-forming or scrambling perennial with leaves about 0.5-1.5 cm long; it has fleshy red bracteoles with 3-5 prominent veins.

Some species are used as forage in dry country as the leaves are edible; they also have fire-retarding properties and have been used for erosion control.

Shrubs; leaves often grey; flowers mostly unisexual without a perianth but with 2 bracteoles.

About 300 species from temperate to subtropical regions and often from salty areas (about 50 species are native to Australia).

Key to the species of Atriplex 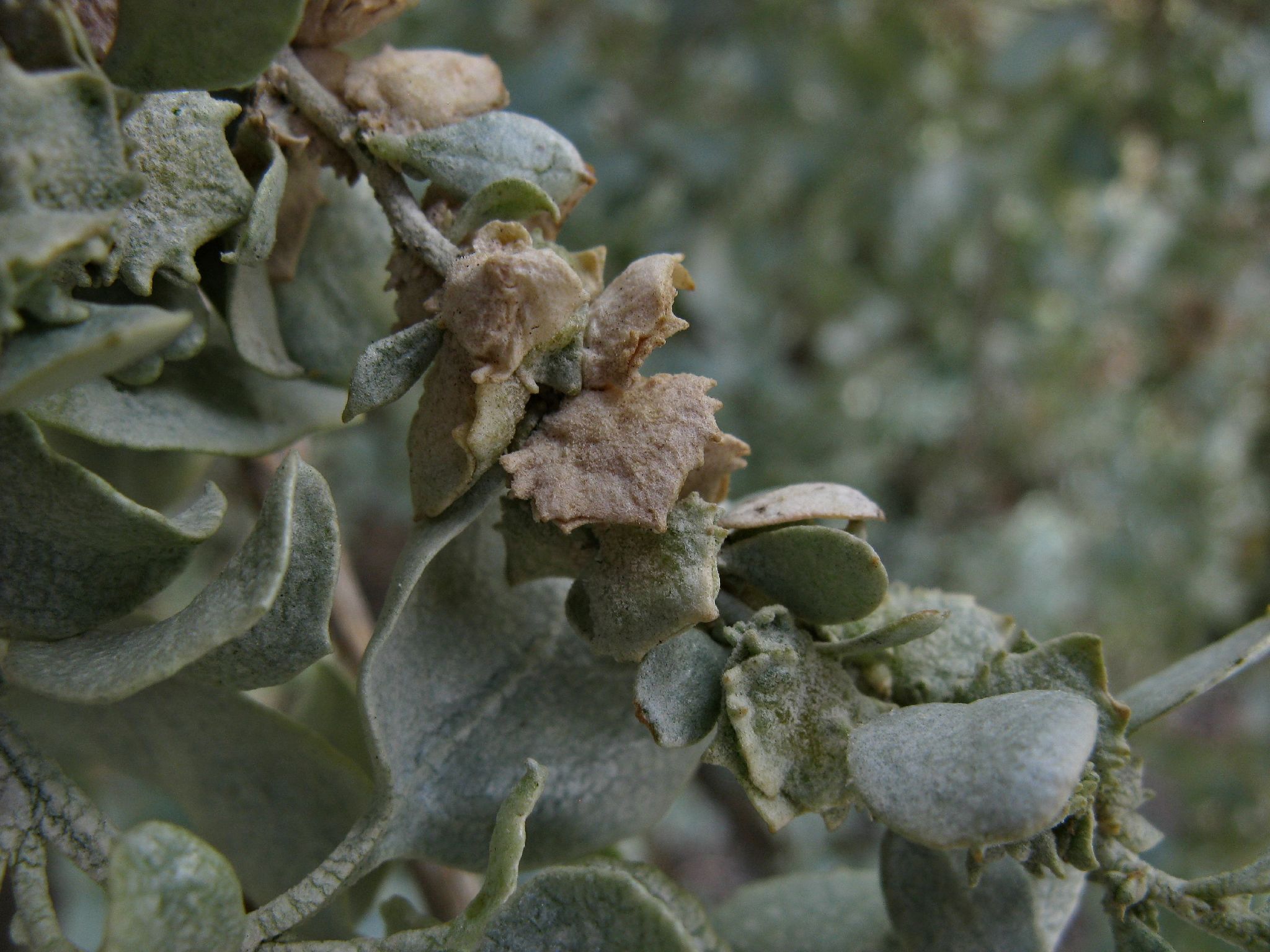