Ancient Latin name for the fig.

Evergreen or occasionally deciduous trees, shrubs and climbers, generally with milky sap and sometimes with well developed aerial roots; stipules (1-)2, enclosing the leaf bud but soon shed. Leaves thick, leathery, alternate (occasionally opposite), simple or lobed. Sexes on same or different plants. Flowers borne inside a round to oval envelope (the fig, known botanically as a syconium), small, inconspicuous, of 3 types: the male with 1-5 stamens, the female flowers, and the 'gall' flowers formed by the pollinating fig wasp-sometimes all 3 may be found in one fig. Fruit (fig) consists of many achenes in the fleshy, round to pear-shaped receptacle; a hole at the tip allows entry of the pollinating, sometimes species-specific, wasps.

Fig trees are grown in increasing numbers and variety as the climate becomes warmer; they are, for example, a feature of Sydney's parks and gardens. Several species are grown as indoor pot plants. Rarely cultivated species include:

F. aspera G. Forst. 'Parcellii', Clown Fig, a cultivar that has large, rough, variegated leaves and a name that commemorates its discoverer Henry Parcel, a Sydney gardener who collected it in the South Seas on an expedition in 1869-70 (see Clough, 1993). There is a specimen at Sydney's Royal Botanic Garden in the lower garden bed in front of the stone wall near the restaurant.

F. lyrata Warb., Fiddle Leaf Fig (Banjo Fig) from tropical Africa has enormous violin-shaped leaves and is sometimes grown as a pot plant for the early growth; so also is the oval to elliptic felty-leaved Banyan Tree, F. benghalensis L. from India and Pakistan. In nature the Banyan may extend over several hectares with a broad canopy supported on a system of trunk-like supporting aerial roots.

Ficus carica the edible fig. F. elastica, was once the major commercial source of rubber before the use of Hevea brasiliensis.

Air-layering and cuttings, trailers by division or seed.

A range of species may be seen at the Sydney and Brisbane Botanical Gardens.

About 850 species from tropical and warm-temperate regions. Centres of distribution occur in SE Asia, Malesia and tropical S America (Australia has 42 native species).

Key to the species of Ficus 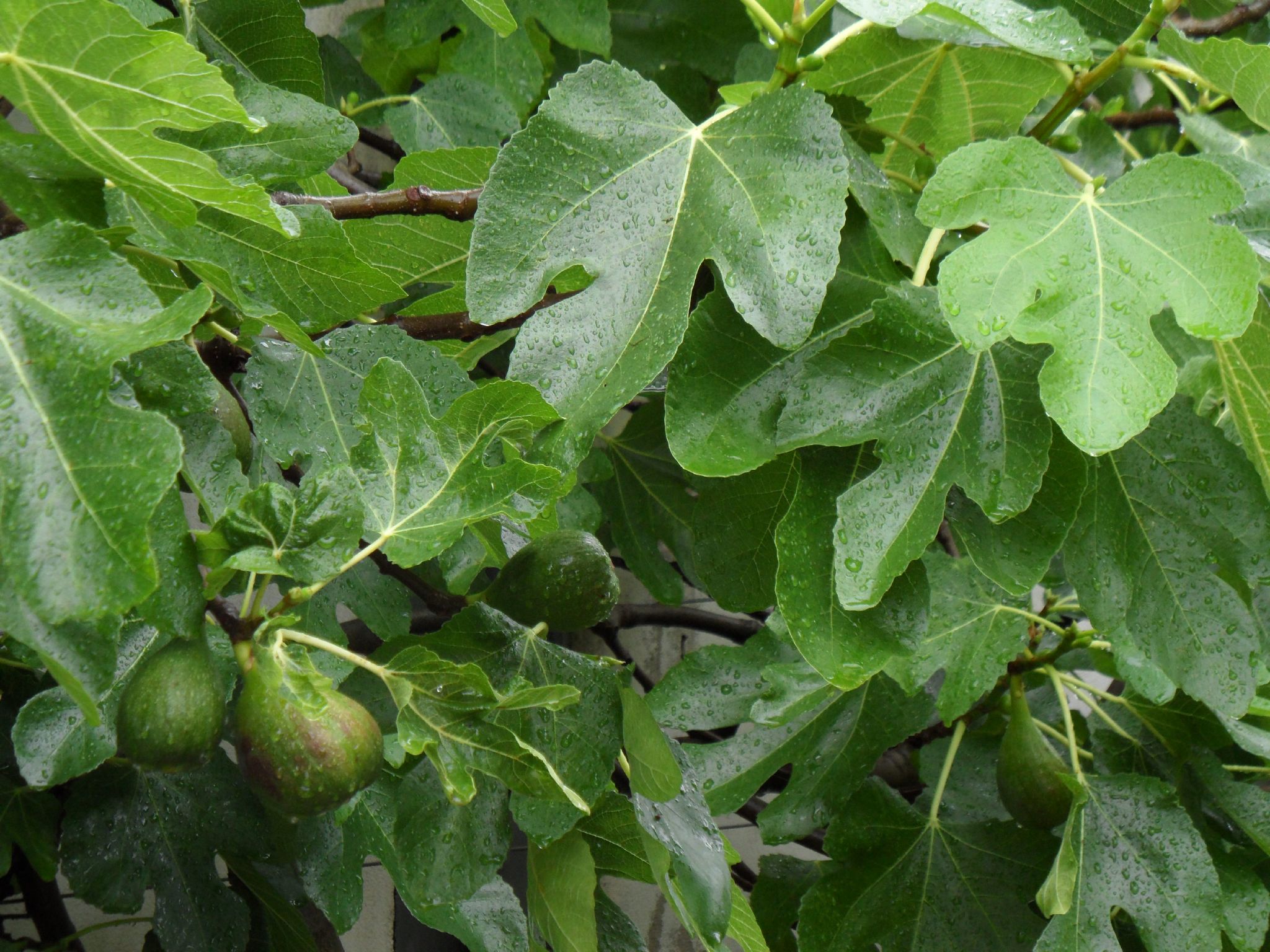