Striped appearance of the dark green, leathery segments due to veins running out to the segment teeth.

Asplenium lividum Mett. ex Kuhn from Zimbabwe is occasionally sold; it is very similar but with less divided and narrower fronds divided up to 2 times at the base. 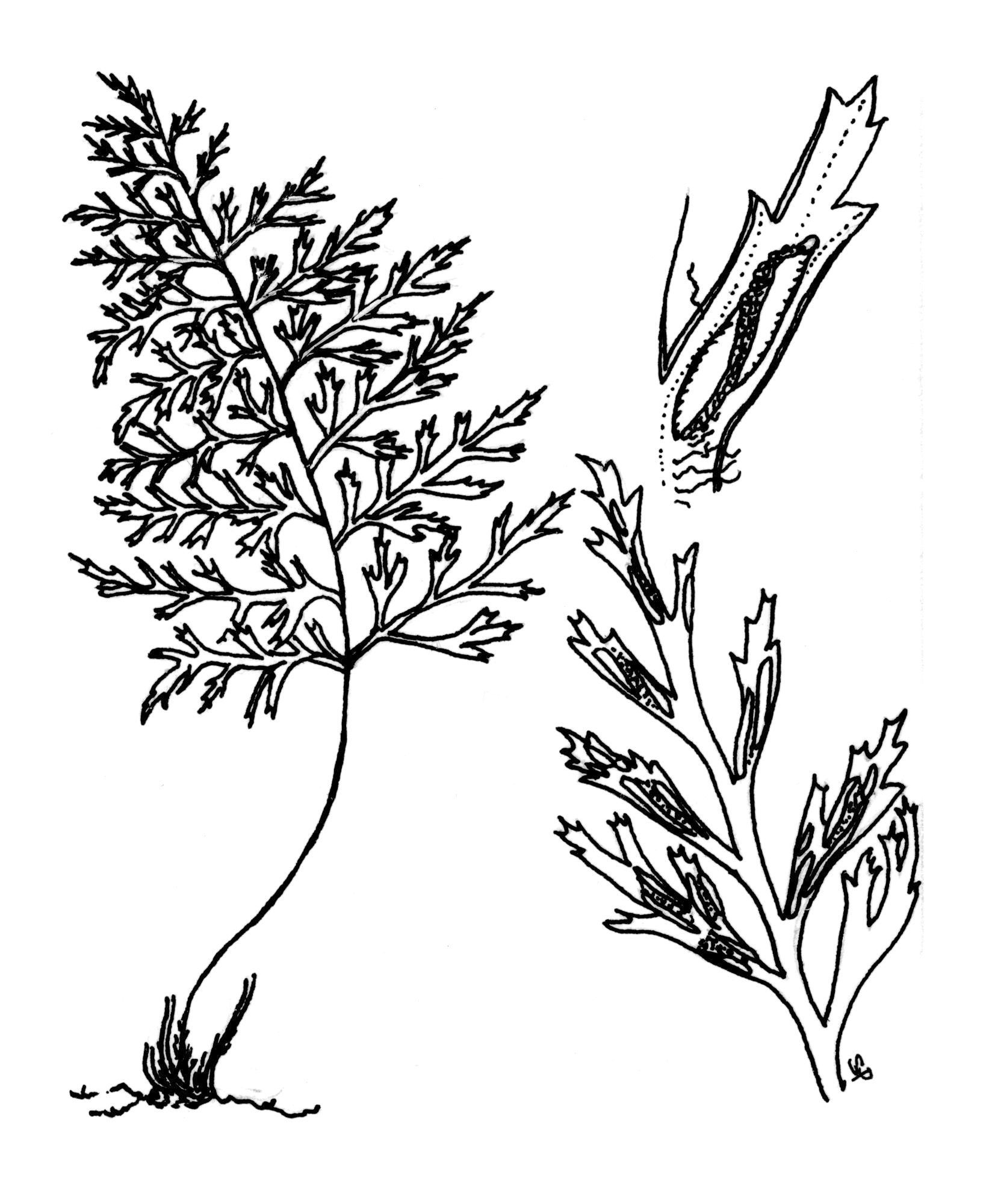