A conical tree growing to about 30 m or so tall but becoming narrow and almost columnar with age. Bark grey-black, flaking, deep pink beneath. Branches horizontal in whorls of 4-7. Young trees with symmetrical comb-like branches producing a highly formal architecture but becoming narrower and irregular with age. Juvenile leaves (generally those found on the lower branches) narrow, incurved, up to 1 cm long. Adult leaves smaller, ovate and and overlapping. Male cones to 5-6 cm long at the tips of the branchlets and similar in width, autumn or Sept.-Oct. Female cones generally formed in small numbers in the uppermost branches, upright on the main branch axis, dorsiventrally flattened, 7-10 cm long, 9-12 cm wide with each scale having a spine about 1 cm long, formed mostly Sept.-Nov; seed winged. (Syn. Araucaria excelsa (Lam.) R. Br.

This is the most widely grown of the araucarias, being cultivated widely in the Mediterranean, Azores, South Africa, New Zealand, Tasmania and elsewhere. In Australia it has been a major signature tree planting of coastal townships from the earliest days of settlement, stamping them with much of their character. Trees were probably originally planted on the coast as landmarks for shipping. Large, natural specimens on Norfolk Island are estimated at over 350 years old with a circumference of over 11 m.

Comb-like branchlets. Old trees become rather narrow, losing their basic conical shape to become similar to A. columnaris but broader and with the comb-like branches persisting towards the tip. 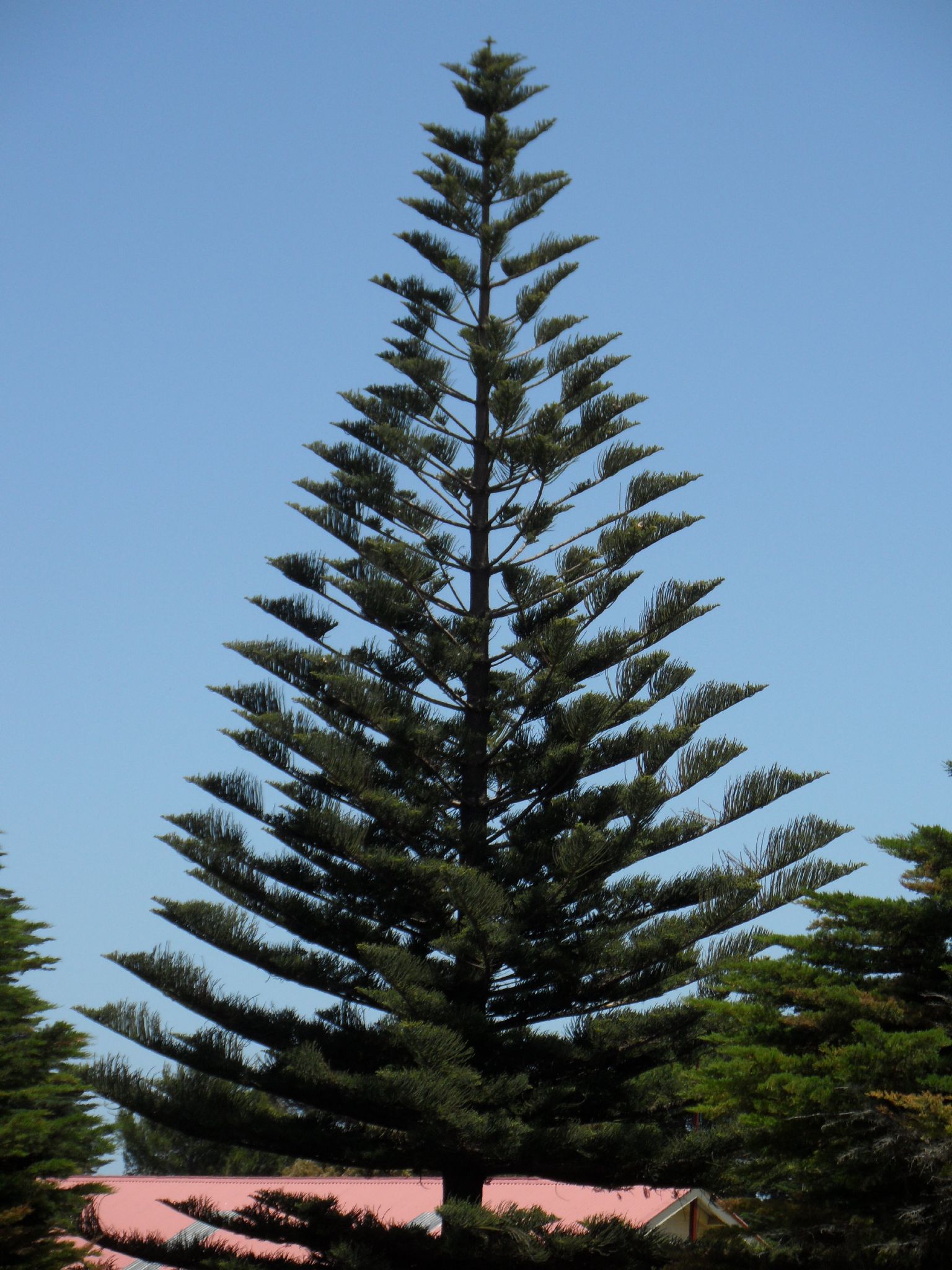