A large tree growing to about 30 m tall, the crown more or less rounded with the upper branches arching upwards. Bark on the smallest branches is persistent and, because it is split at regular intervals is often shed as hoops or bands - hence the common name. Branches in whorls of 4-7 with the branchlets remaining only at the tips of the branches and forming dense tufts. Mature leaves are about 1 cm long, tapering from a broad base, overlapping and incurved, with a short point. Male cones mostly half way down the canopy at tips of branchlets and about the same width, to 8 cm long, hanging slightly when mature, flushes appear irregularly but are strong in April. Female cones terminal, 7-10 cm long, 5-8 cm wide, shortly stalked, often numerous in upper branches and sometimes lower down in the canopy; evident ripening Jan.-Feb. and disintegrating in early Mar.; seed is retained on the 2-winged scale when shed and has a membranous wing on each side.

Grows naturally mainly in warm temperate riverine and coastal rainforest or as a pioneer in subtropical rainforest, on poor soils from the Macleay River in N New South Wales to Townsville and offshore islands including New Guinea, occasionally close to the seashore.

Widely grown in the nineteenth and early twentieth century in public parks and gardens; now rarely planted in SE Australia.

The timber, grown in rainforest plantations in N NSW and S Qld, is used mostly for plywood, but also joinery, furniture and boat-building: more recently this species has been used experimentally for agroforestry. The widespread New Guinea populations, which are taller trees with longer juvenile leaves are recognised as var. papuana Laut. and used for timber. 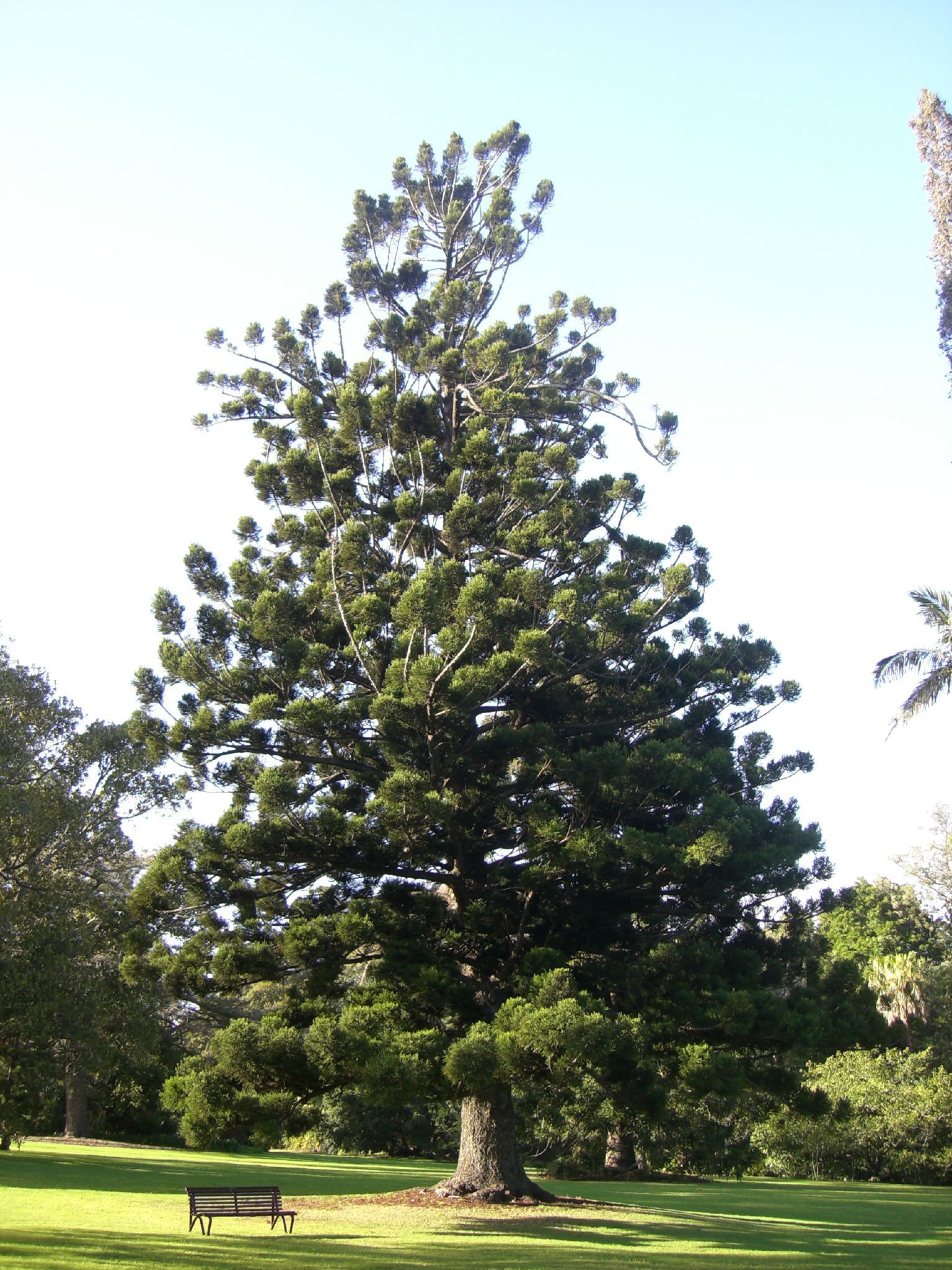