Rhizomes short-creeping, erect, covered with brown scales. Sterile and fertile fronds different. Blade narrow-lanceolate in outline. Sterile fronds with spreading habit to 40 cm long and 4 cm wide. Segments oblong, blunt, often with lobed bases, at least the lowermost pair attached only at the midrib and sometimes stalked, those at tip sometimes fused to form an extended tail; margins with small teeth. Fertile fronds erect, segments narrower and with larger teeth than those of the fertile fronds. Stalks dark at the base but mostly pale and smooth. Sori small, oblong, slightly cuved with one row on each side of the midrib.

var. laminosa F. Muell. from NSW and Qld is occasionally cultivated; it also has fronds that are undivided for most of their length and with several pairs of short, broad segments at the base.

Doodia heterophylla (F.M. Bailey) Domin from SE Qld is occasionally sold; it also has different sterile and fertile fronds that are narrow and, linear but differs in having segment bases that are fused to one-another. 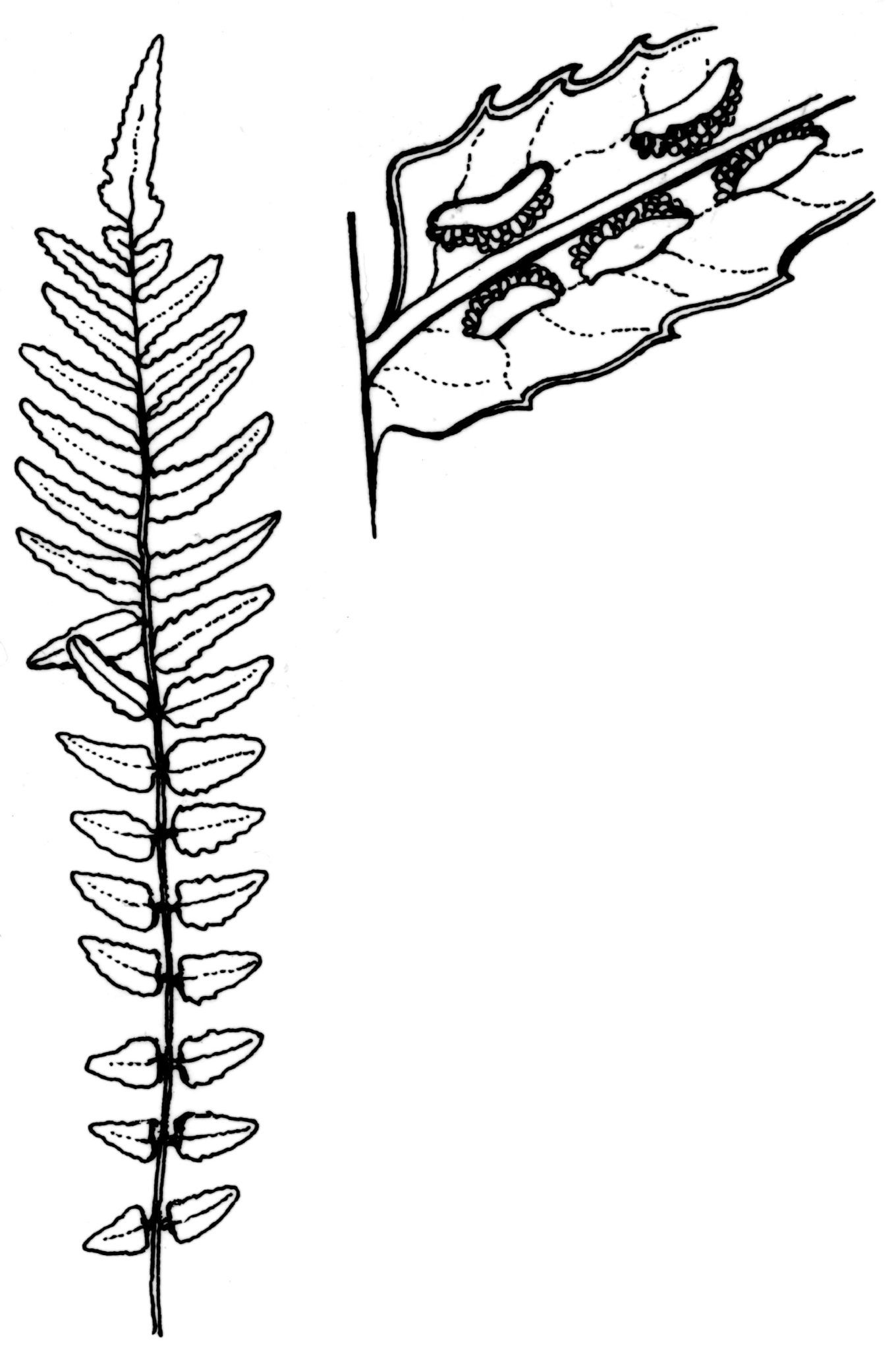