Annual or perennial aquatic herbs, with long creeping rhizomes rooting at the nodes, or rhizomes short and erect, or rhizomes absent and plants tufted. Leaves spirally arranged on the rhizome, heart-shaped to round or arrow-head-like, generally floating, sometimes with finely dissected submerged leaves having prominent veins below. Stalks elongated, attached at the broad notched end of the blade (Victoria has leaves with the stalk attached in the centre). Flowers bisexual, solitary, on long stalks, floating or above the water, sometimes beetle pollinated. Sepals 4–6, green or coloured, petals 8-many, free. Stamens many, the sterile and fertile ones often intergrading. Carpels 3–35, more or less united. Ovary superior or inferior with many chambers. Fruit spongy and berry-like, enclosed in the fleshy receptacle, indehiscent or irregularly dehiscent (Nuphar). Seeds coated in mucilage.

The family is famous for the the huge-leaved Queen Victoria Waterlily, Victoria amazonica.

5 genera and 58 species cosmopolitan in freshwater ponds, streams and lakes (Australia has 1 genus and about 15 species).

Key to the genera of Nymphaeaceae 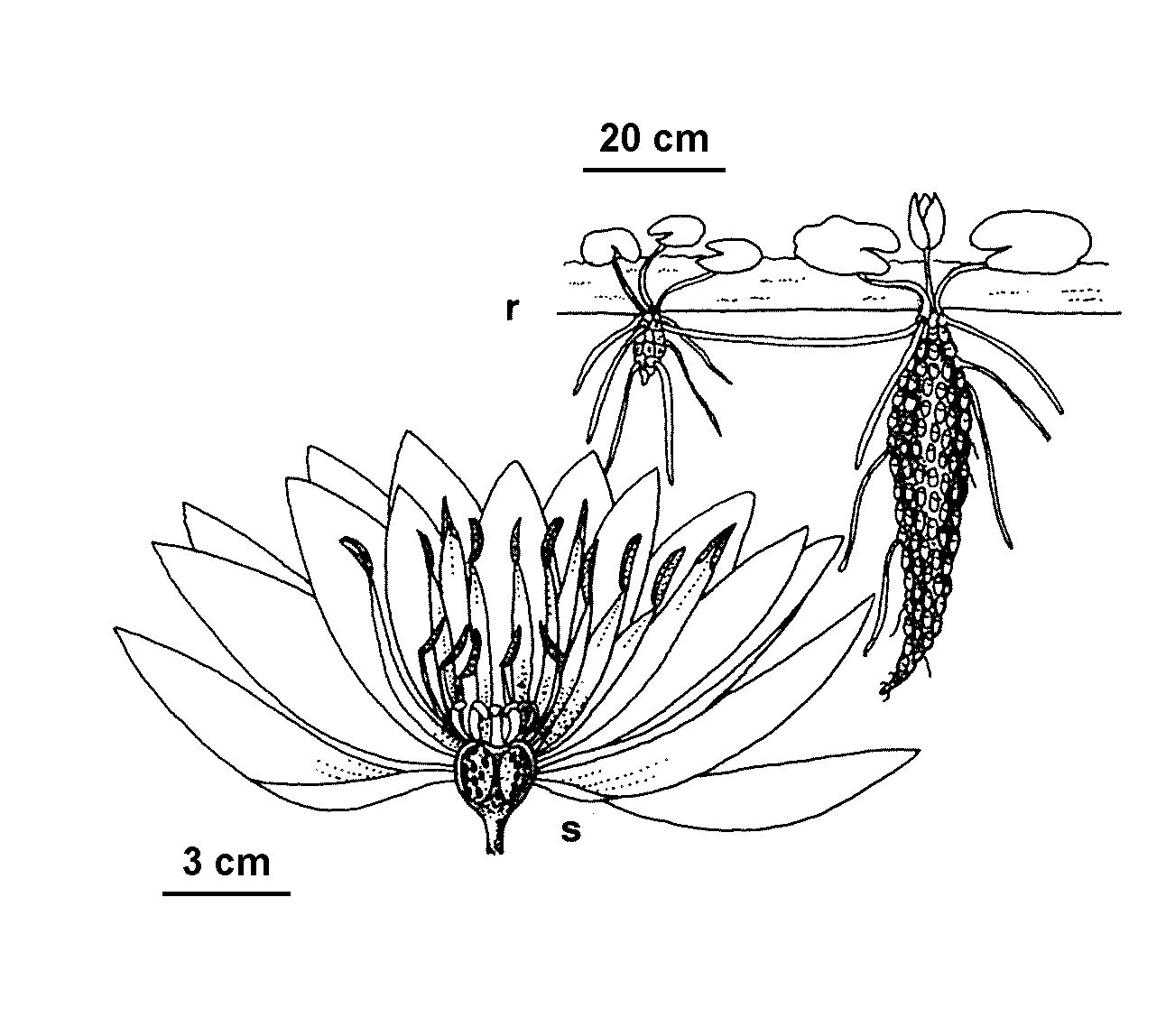