The following plants are rare in cultivation and/or grown mostly in warmer climate gardens and are not included in the key to genera. Ackama is grown as A. rosifolia from New Zealand, a shrub or small tree with clusters of minute, rose-like flowers and small leaves. Anodopetalum is a Tasmanian genus containing a single species, A. biglandulosum, a medium-sized shrub or small tree with flowers solitary or in groups of 2-3; it grows in Tasmania's rugged SW and requires cool temperatures with high rainfall. Cunonia capensis L., Spoonwood, a large shrub or small tree from S Africa, has compound leaves with serrated margins and flowers in long, spike-like clusters. The stipules are paired, large and distinctively paddle-shaped on young shoots. A fine specimen can be seen at Geelong Bot. Gds, Vic. Pseudoweinmannia is occasionally grown as the species P. lachnocarpa (F. Muell.) Engl., Rose Marara, which is a rainforest tree from NSW and Qld with leaves of 3 stalkless leaflets. Vesselowskya is a genus of 1 species which is endemic to Australia: V. rubifolia (F. Muell.) Pampan., Southern Marara, from NSW, which has leaves divided into 3-5 palmate leaflets without domatia. Weinmannia is occasionally grown as the two tree species that are endemic to New Zealand, W. racemosa L. f., Towai, and W. silvicola A. Cunn., Kamahi.

A southern hemisphere family of 29 genera and about 280 species with centres of distribution in Oceania, Australia, New Guinea and New Caledonia but some genera also in S America and S Africa. Australia has 15 genera comprising about 38 species.

Some species produce a light timber, notably Ceratopetalum gummiferum Sm. in Australia. Callicoma serratifolia Andrews has been used as the basic structural wood for 'wattle and daub' huts. The bark of some species is a source of tannin. The nectar of Eucryphia lucida is extremely attractive to bees, and is the source of Leatherwood honey.

May be recognised by their opposite, usually odd-pinnately compound leaves with serrate leaflets and well-developed often intrapetiolar stipules, which are often large and prominent, sometimes spoon-shaped. The flowers are often quite small and the filaments are notably longer than the petals. The fruit, when a capsule, is septicidal.

Key to the genera of Cunoniaceae 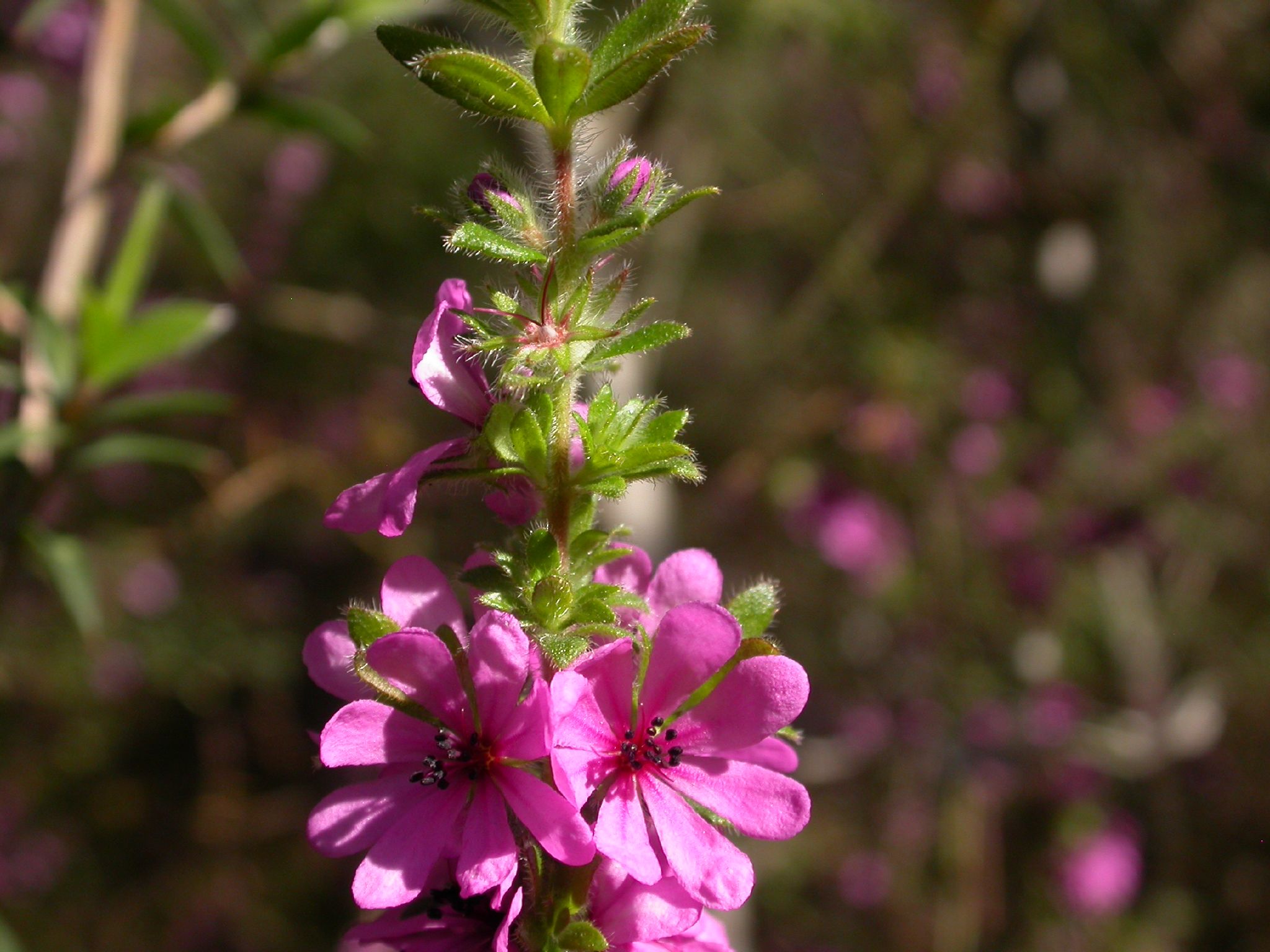