Annual or perennial herbs. Leaves opposite, simple or compound and generally joined at the base by a basal ridge; stipules absent. Flower clusters terminal, flat-topped or elongated. Flowers bisexual, regular or irregular, mostly 5-parted. Calyx tubular, with 1-25 lobes, persistent in fruit. Corolla tubular, with 5 lobes and sometimes with a spur. Stamens 1-3. Ovary inferior, with 3 chambers, each containing 1 ovule. Fruit an achene.

Fedia gracilifolia Fischer & C.Mey.,African Valerian, Horn of Plenty, from the Mediterranean is weedy in Qld.

Root and leaf extracts of Valeriana species have medicinal properties. Valerianella is used as a salad plant. Species in the genus Nardostachys are used to produce dyes and perfumes.

Opposite leaves, often with clasping bases; corolla of commonly cultivated plants with spurs; stamens 1-3. Dry plants have an unusual odour produced by valerianic acid, mostly in the roots.

17 genera and about 400 species from Eurasia, Africa and America. Australia has 2 native genera and species.

Key to the genera of Valerianaceae 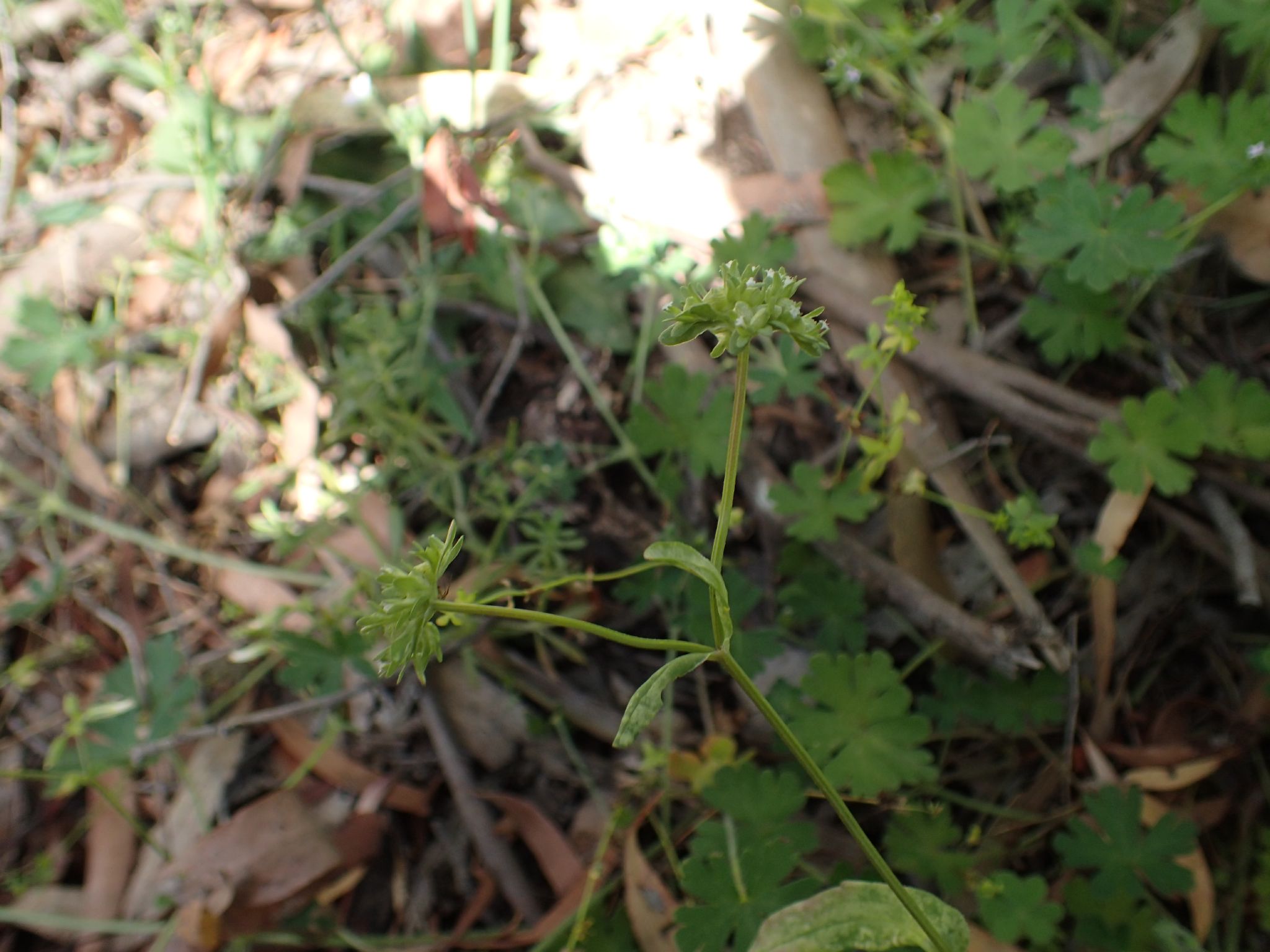