Trees, shrubs or woody perennials. Leaves alternate, mostly pinnate, rarely of 1-3 leaflets; stipules absent. Flower clusters axillary. Flowers bisexual or unisexual (the sexes on different plants), regular. Sepals 4-6, often united at the base. Petals 4-6, free. Stamens 8-12, often united into a tube. Ovary superior, with 3-20 chambers, each with 2-many ovules with axile placentation. Fruit a capsule or a fleshy, indehiscent berry or drupe, rarely a nut.

A family with clear associations with the Anacardiaceae, Rutaceae and Simaroubaceae.

51 genera and 700 species from the tropics and subtropics. Australia has 11 genera and about 34 species, mostly rainforest plants.

Quality timbers are harvested from several genera (notably mahoganies from Swietenia mahogani in the Americas and species of Khaya in Africa) and edible fruits from some tropical genera; Melia azadirachta, Neem Tree, is the source of insecticides and has many medicinal and other properties; many other genera and species also have medicinal uses and oils are extracted from the seeds of some species.

Key to the genera of Meliaceae 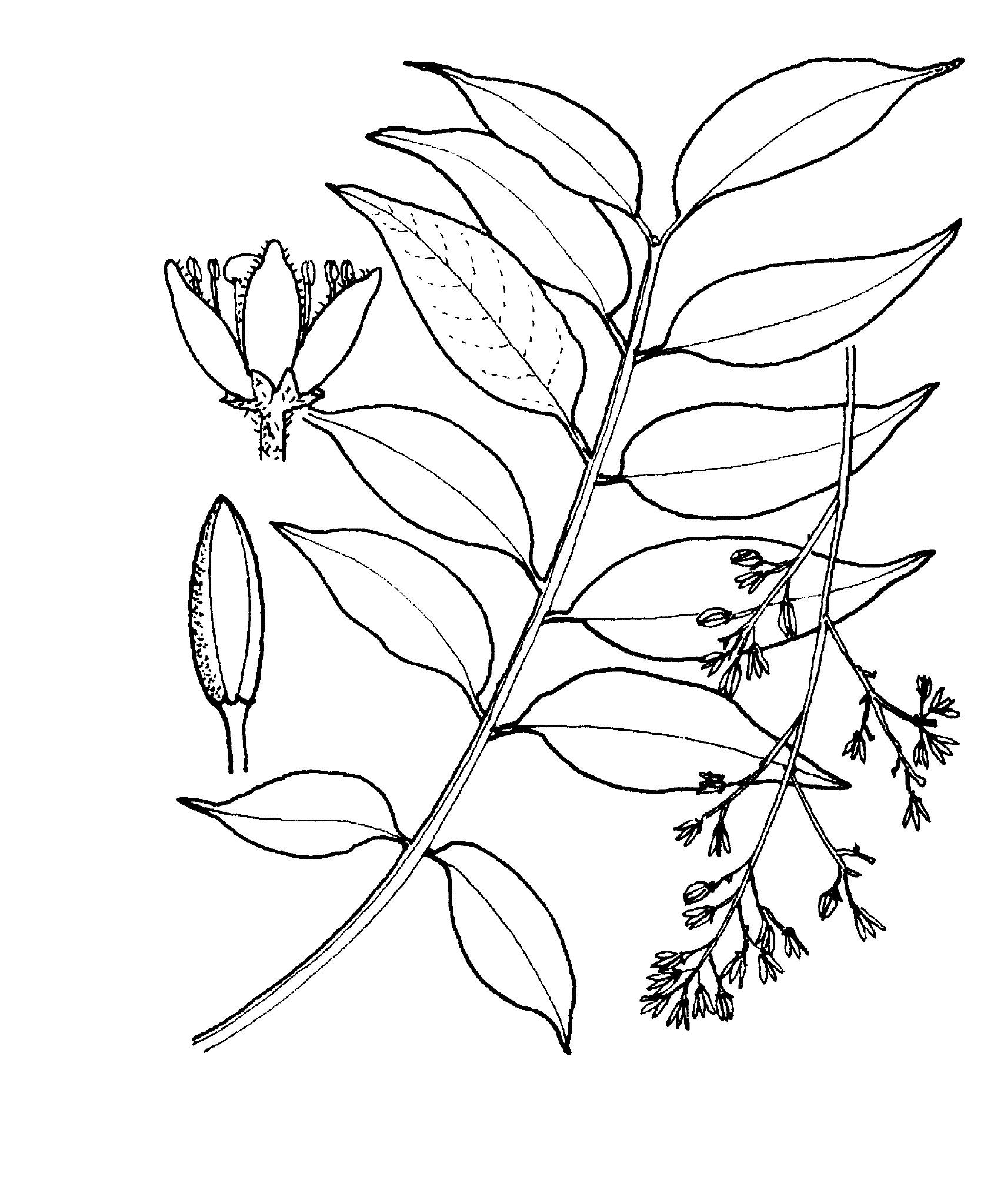