Named for the Dutch botanists Johan and Caspar Commelijn and Caspar’s son; referring to the two prominent petals and the smaller, less conspicuous one in many species.

Many species are weeds.

Some species used for fodder and medicine, others for their tuberous, edible roots. Most species in cultivation as ornamentals are part of the C. tuberosa complex which includes C. tuberosa, C. elliptica, C. coelestis and C. dianthifolia.

The asymmetrical, clawed flowers and variety of stamens and sterile stamens.

About 200 species worldwide, mostly from tropical areas. Australia has 9 native and 2 introduced species.

Key to the species of Commelina 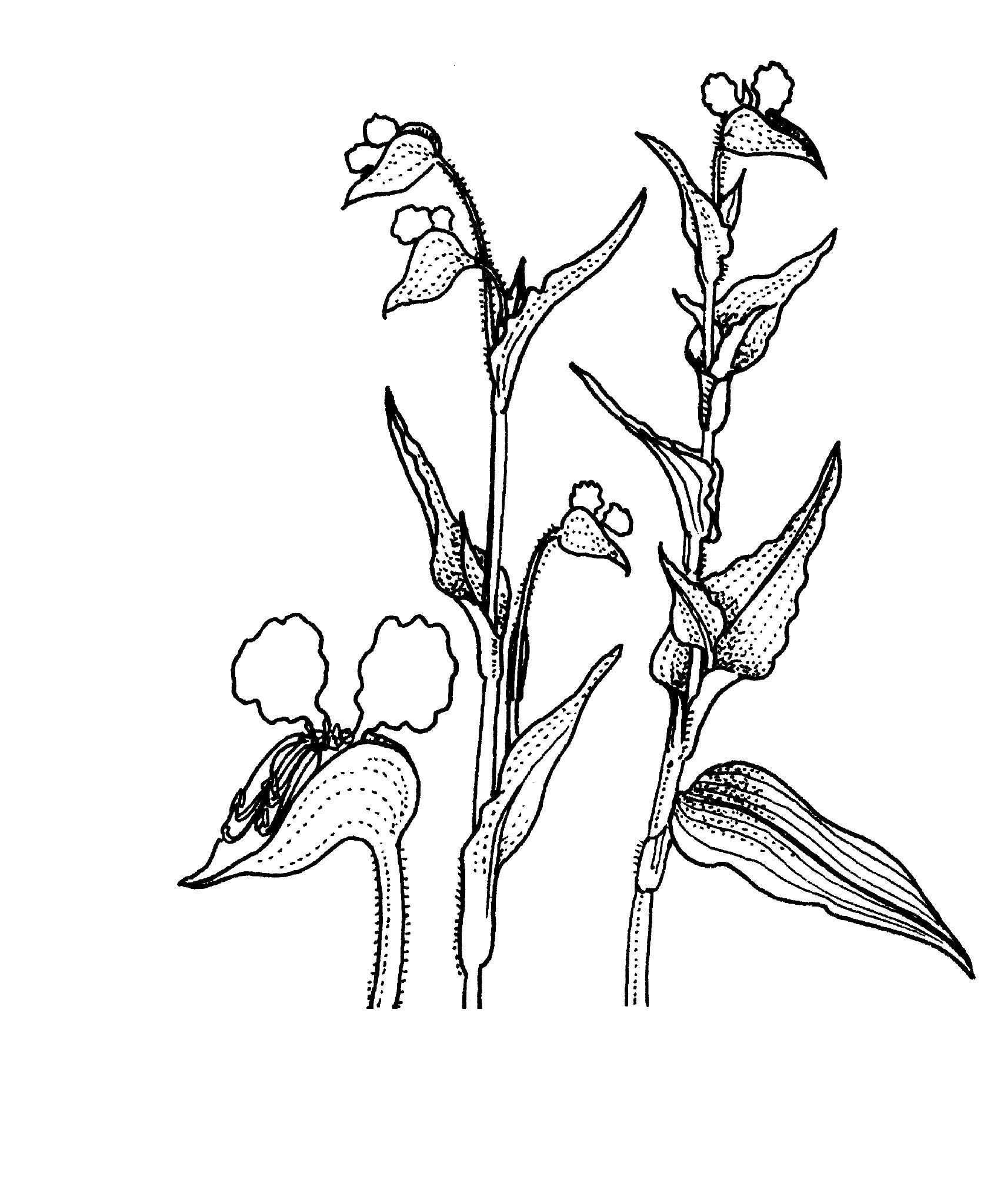