Plants with underground rhizomes with leaves at the tip. Leaves lobed at the base or entire and with a marginal vein. Flowers at least as tall as the leaves, fragrant; stalk spongy. Spathe white, green or variously coloured and shaped like an oblique funnel. Spadix shorter than spathe. Florets unisexual, the sexes in 2 zones. Ovary mostly with 3 chambers, each with 1-8 ovules. Fruit a berry.

Grown for the showy, fragrant lily flowers, generally in shady sites with rich moist to wet soils. A popular florists' flower. Some hybridisation has been carried out in this genus and a range of cultivars is available.

Division of the rhizomes.

Spadix stalk not longer than spadix; spathe shaped like a funnel with an oblique mouth, white, yellow, pink or green; spadix without an appendix.

Key to the species of Zantedeschia 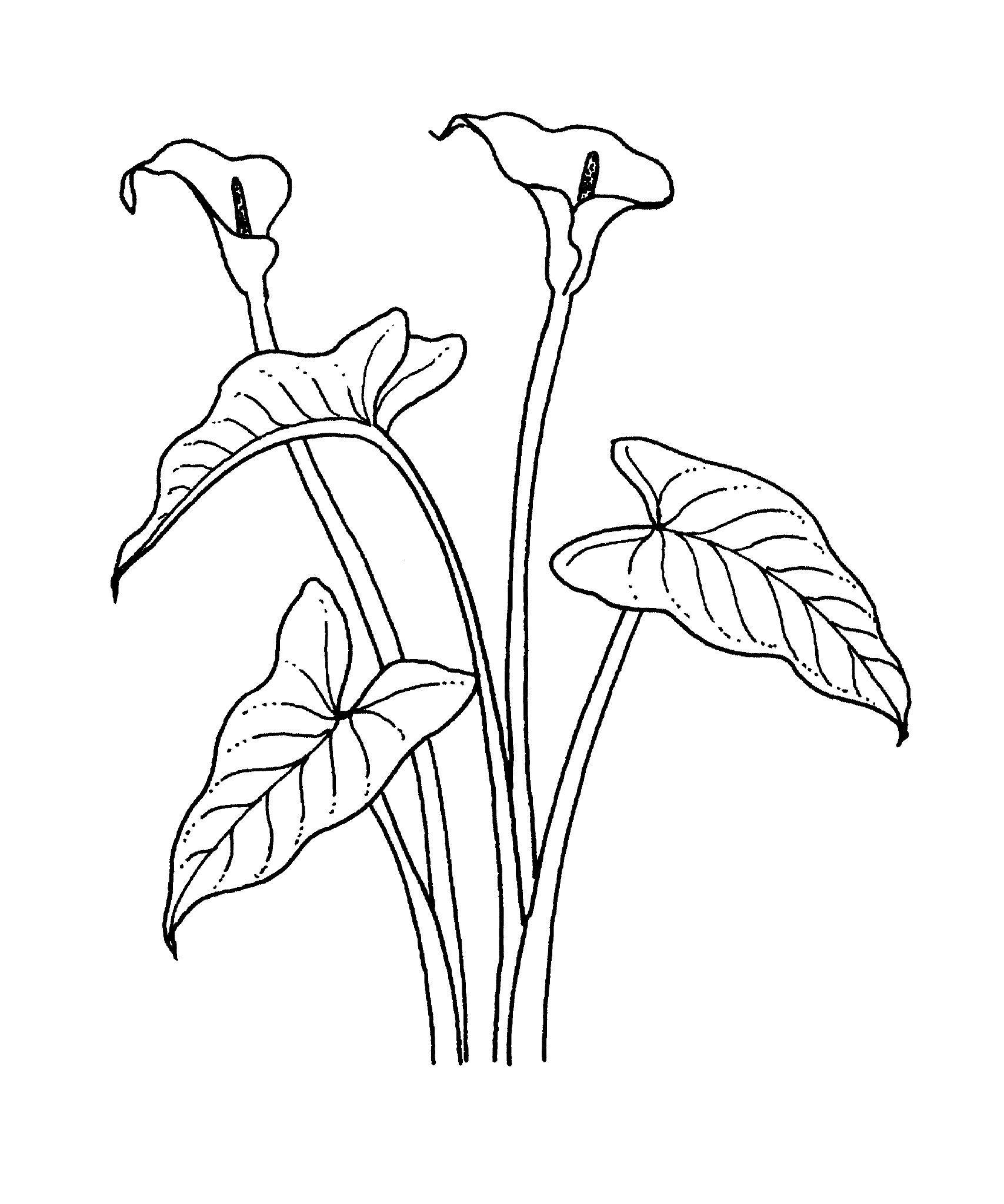