Either from Arabic kolkas (kulcas) or Greek calo – dark or blue, casia – tuber.

Tuberous herbs, sometimes with stolons or rhizomes and with flower stalks shorter than the leaves. Leaves peltate, notched at the base, usually with 2-3 marginal veins, the lateral veins bending to meet the marginals and divided into rectangular areas by crossing minor veins; stalks long. Spathe with a constriction between the tube and expanded blade. Spadix with many flowers, the male zone longest, tipped by a sterile appendix. Flowers unisexual, perianth absent. Ovary 1-chambered and containing numerous parietal ovules in 2-4 rows.

C. esculenta is Taro, grown for the edible young leaves (often blanched) and tubers. The starch is used as a component of biodegradable plastic. 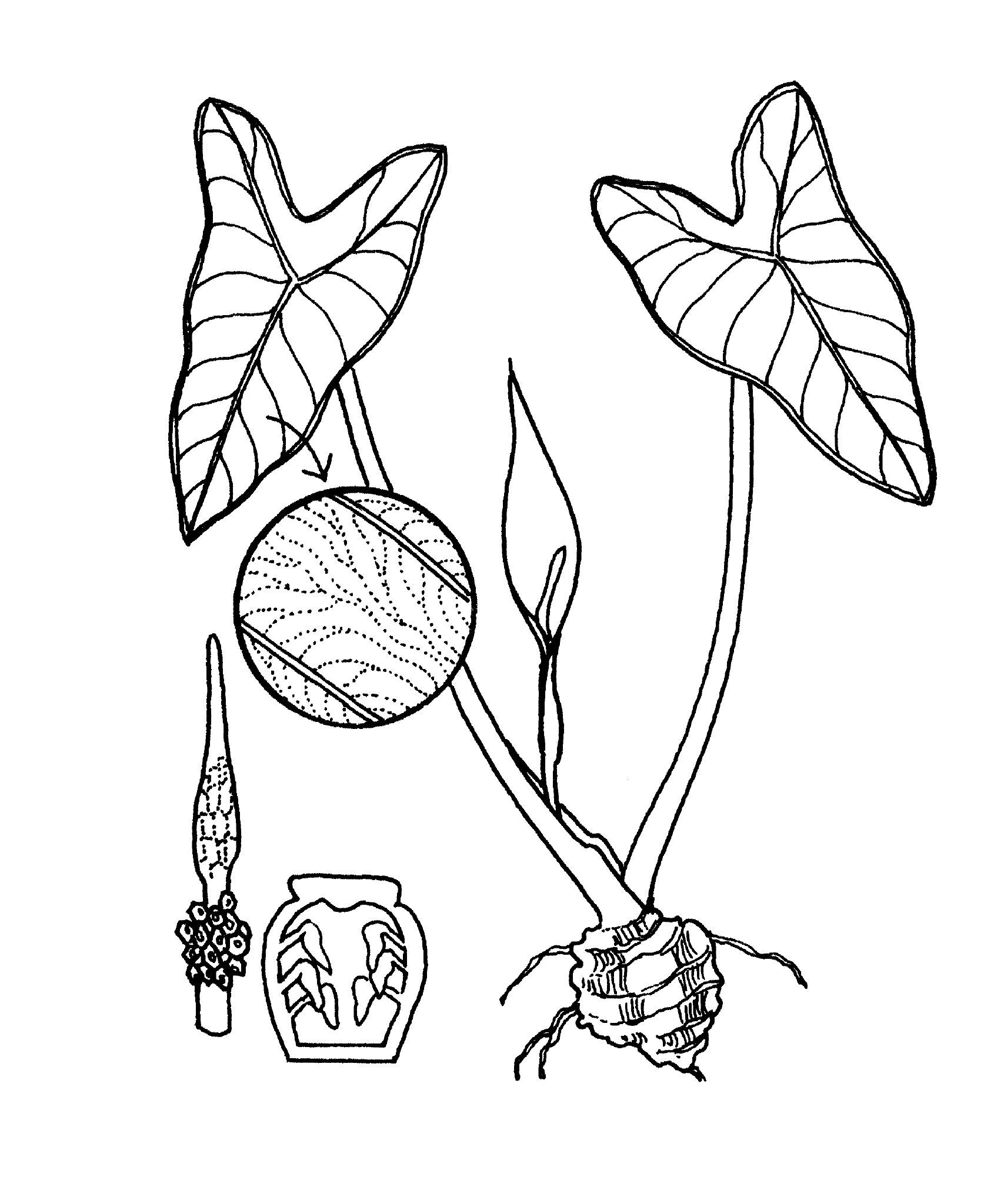