Herbs with elongated tubers. Leaf blade entire, arrow-head shaped; stalk long and sheathed at the base. Spathe showy with an expanded blade with margins overlapping at the base. Spadix with unisexual florets, the upper male and lower female regions separated by a group of sterile flowers; perianth absent; appendix shorter than spathe blade. Ovary 1-chambered and containing 1-6 seeds. Fruit a red berry.

Grown for the lily flowers. The spadix may attract pollinators by heating up and producing an offensive odour like rotting dead meat.

26 species from Europe, Macaronesia and the Mediterranean to W Asia.

Tubers of some species are sometimes eaten. A powder extract is used to starch linen.

Leaves simple; spadix with male and female zones, between which are thread-like sterile florets, often with swollen bases.

Key to the species of Arum 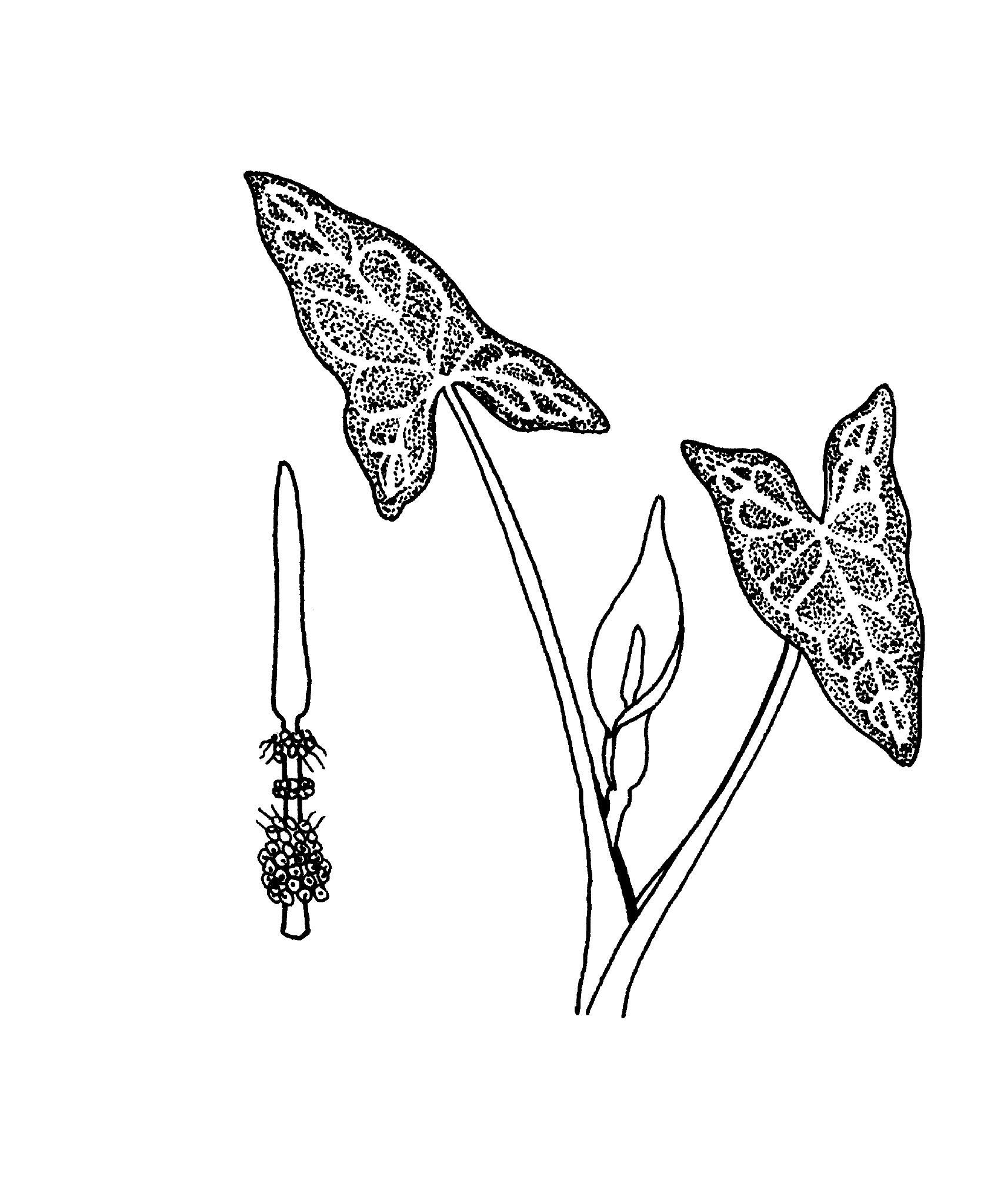